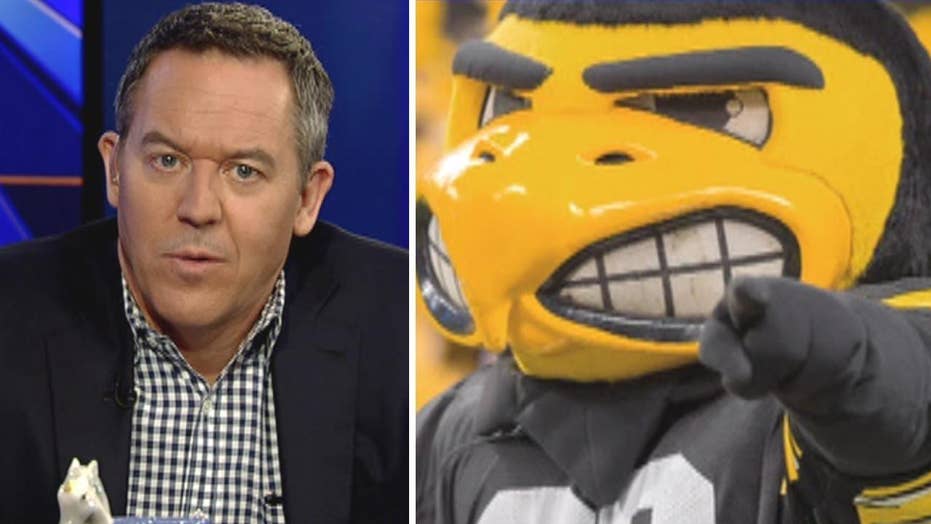 There's so much evil in this world: War, famine, the Red Hot Chili Peppers.

Apparently one such beast doesn't express enough "emotional diversity" and must be changed. I speak of Herky the Hawk from the University of Iowa, whose static grimace has upset one professor enough for her to write to school officials claiming Herky's smirky traumatizes students.

Professor Resmiye Oral believes new students need happy faces not angry, violence-inciting ones. She writes: "I plead with you to allow Herky to be like one of us, sometimes sad, sometimes happy, sometimes angry."

She is right. Look at its face. It's not inviting. I wouldn't want to eat that at Chick-fil-A. It seems so angry. Like an Angry Bird! Angry Birds -- we should ban them too. Imagine what that's doing to our children!

Fact is, these days everything is offensive, from common words to costume birds. It's why we need trigger warnings and safe spaces to protect us from these micro-aggressions.

The world is so scary, it seems the best thing you can do these days is not be born.

So is it possible that a student might actually think Herky is a real monstrous hawk with a grudge and not just some classmate in a costume?

It's possible. All this psychological coddling is turning kids into fearful worms.

Maybe they should be scared of birds.