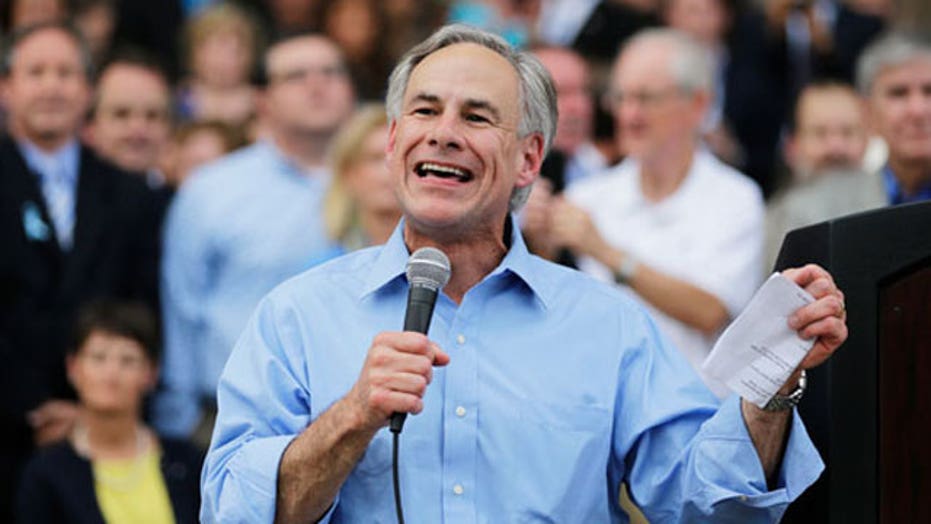 This is a rush transcript from "The Kelly File," April 22, 2015. This copy may not be in its final form and may be updated.

MEGYN KELLY, HOST: Another report tonight from an American college campus where some students want to silence a speaker they don't happen to agree with.

Students at a public university in Texas are petitioning against their own Governor Greg Abbott as their graduation speaker because they say, well, he's just not diverse enough and does "not align the spirit" of the University of North Texas.

In just the last two -- the last week, I should say, two other colleges were at the center of controversy after students protested a conservative author who had been invited to speak about sexual assault.

Students complained that her mere presence was offensive they needed to spoke trigger warnings on campus, so people could get prepared to deal with their upset.

Joining me now -- warning, here she comes, that author. Cristina Hoff Sommers, who is outspoken feminist and a resident scholar at the American Enterprise Institute. Great to see you, Christina.

KELLY: They only have that label feminist because you're the kind of feminist they believed in and you don't say the stuff they want to say. And therefore, they want you to check your mouth. And if you don't check your mouth then everyone needs to be held before you come on campus and told that they can go to their safe space if you have the nerve to show up.

SOMMERS: Yes they have to -- they have safe rooms where they go. At Brown University, for example, they have played-doh and bubbles and tape recordings of puppy dogs, it is so infantilizing (ph). It is so shocking to me as a philosophy professor, that free speech, free expression, I mean, the campus has become a hostile environment for free expression.

KELLY: As I understand it, when you were going to Georgetown University to speak, they had to create safe zone for people who are so overwhelmed by your presence there. It's like I can't...

SOMMERS: And Kelly when they wanted...

KELLY: And in the meantime you had been receiving so many threats for your mere appearance. They had to give you a security guard to maintain your actual physical safety.

SOMMERS: I don't know if there were threats but the tone of the criticism is on Facebook postings and other places alarmed the campus authorities so they thought perhaps I need protection from these safe spacers.

KELLY: Did they give you a play-doh? I mean, were like a -- did you authorize.

SOMMERS: I sort of it -- I would say it went over, I wouldn't reminded going to their safe room because it was so intense. I walk into the hall and it's filled. They kept changing the room because there were greater numbers of people wanted to come to protest leaving on campus. The room was filled with people with posters and placards and then the...

KELLY: It's like we are ruining the upcoming generation. Life doesn't involve only people who think the way you think college students. You have to kind of get used to people with opposing views.

SOMMERS: Exactly. And you know, it used to be people would come and debate me or they wouldn't like my views. Now, they say I pose a threat to their safety. And I'm moderate liberal feminist. There is nothing incendiary about my views. That's what also shocking as the...

KELLY: You don't buy the full dogma about things like the numbers about sexual assaults in campus neither just Brit Hume, neither do a lot of people who aren't sexists or misogynist.

SOMMERS: Neither do a lot of -- if campus feminist who speak out against it. But as one professor did at Northwestern, Laura Kepner, she spoke out against the sort of rape culture rhetoric in the trigger warnings in the chronicle of higher education. Well, her article triggered students and they are demanding that she be sanctioned and it's very bad. It's a real threat to freedom.

KELLY: You know it -- I end this segment with the profound words of my old trainer, Dave, back in the day when I still worked out. Toughen up, buttercup. That's what those college students need to be told. Christina, good to see you.