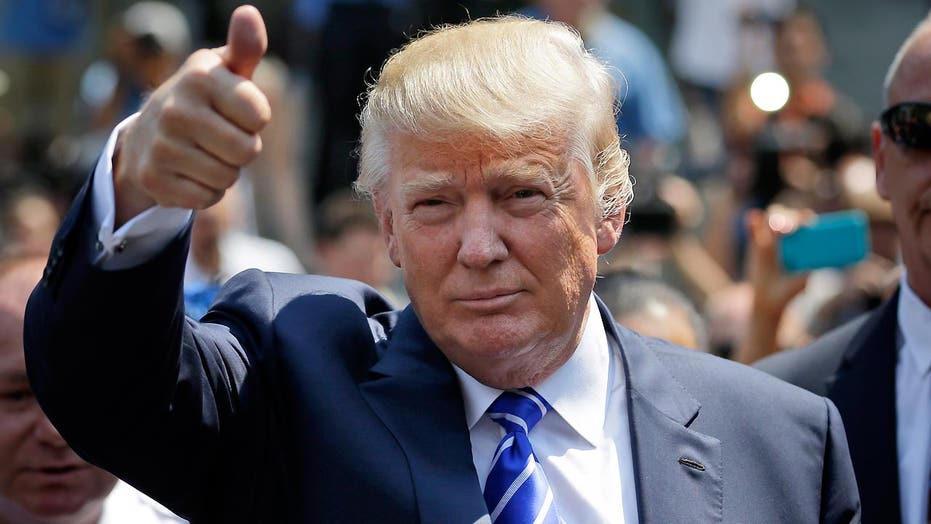 Greta to pols: Stop looking down on Trump's reality stardom

Let's all go "Off the Record." Free advice for all politicians, except Donald Trump. They need to stop saying this:

Now, I'm not telling to you vote for Trump or not; hat is so your business. But candidates should stop looking down their nose at Trump for being a reality TV star. Think about it, millions of Americans watch reality shows. So stomping on reality shows may insult the millions of voters who happen to like those shows.

And candidates poo-pooing being a reality TV star as not being training for the Oval Office is, besides elitist and a bit ironic, maybe even hypocritical. Politicians, they're up to their eyeballs in a reality show - their own. And they are the willing stars.

Every day candidates intentionally tell us where they are so that we can follow them with cameras, nonstop - and we do. That's exactly how the Kardashian show is done. Cameras all the time. Candidates are on camera so much so you know their families, you know where they eat, what they eat. You even know their fashion. Remember Senator Rubio's boots?

And candidates may be in denial and think they are not themselves reality TV stars. But consider this: They hurl insults at each other. Even have been known to publicly discuss mooning, yes, mooning.

Now, that sounds more like reality TV and the Kardashians than the founding fathers. So, it's time for everyone to admit, especially candidates, election 2016 is really, if you think about it, reality TV with often TMI. And I confess, I'm enjoying this reality show.