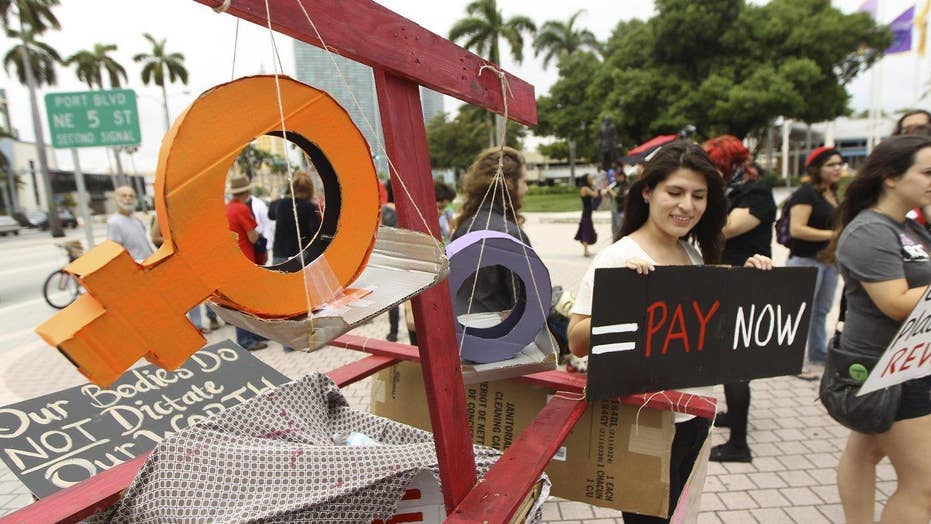 Greta's 'Off the Record' comment to 'On the Record' viewers: Women's Media Center wants to ban the word 'foreign' in social media in worst example of political correctness. Aren't there more important issues, like how women are treated under Sharia law?

Let's all go "Off the Record." After all these years, you know me. I want to be a good role model for women and girls, and I want women to have equal pay and equal opportunity. So, yes, I am a feminist.

But that doesn't mean I side with women, no matter what. I do not. I call out women when they do something stupid, embarrass other women and set a lousy example. It sets us all back. So, here it is: I am calling out the Women's Media Center. Why? Because on its social media platforms they are asking that in 2016 we all ban the word "foreign."

You heard right. The Women's Media Center wants to ban the word "foreign."

The group says we should use a term that avoids an us/them implication. That is about as nutty as it gets. Besides being just about the worst example of political correctness, it is incredibly dumb. It makes women look like a bunch of knuckleheads focusing on irrelevant, the goofy and not real issues, like how women are treated by Sharia law by ISIS and by human traffickers, or even issues how to hold jobs, get child care and put food on the table for their kids. Those are real women's issues, not dopey stuff like whether it's inclusive to say foreign or not.

How does the Women's Media Center even come up with that stuff? They should be ashamed for being so foolish. Frankly, I wish we could ban them for being stupid. What do you think? Go to my Facebook page and post your thoughts. And that's my"Off the Record" comment tonight.