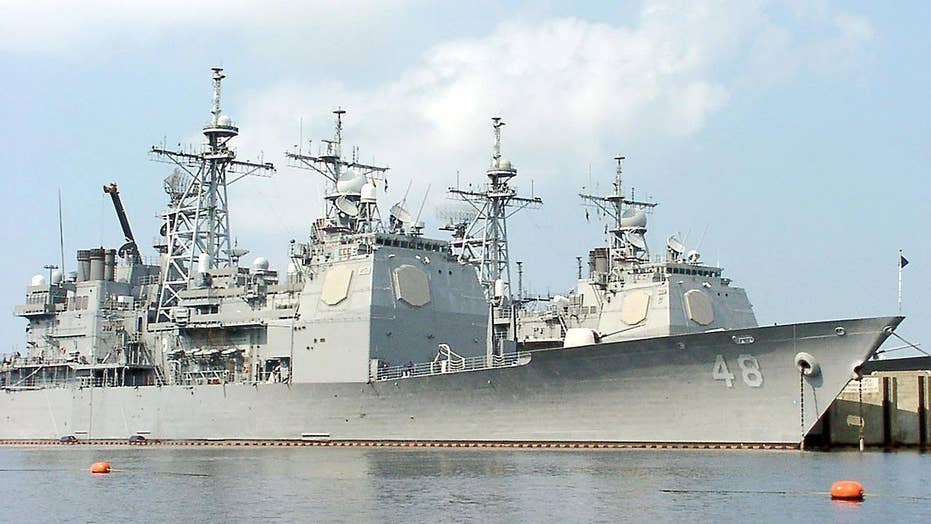 Greta: Why we should be proud of the USS Yorktown

Greta's 'Off the Record' comment to 'On the Record' viewers: Aircraft carrier USS Yorktown has been awarded several battle stars for service in WWII and the Vietnam War and has been home to thousands of sailors. She's worked hard for us. #ProudAmerican

Let's go "Off the Record." I'm standing on the USS Yorktown, a decorated aircraft carrier. She - yes, she ... ships are all called "she" and don't ask me why, but I'm proud to claim her - and she makes us all proud.

She was commissioned in 1943. It's the tenth aircraft carrier to serve in the U.S. Navy and guess what? She was a hero during World War II. She was awarded 11 battle stars and the Presidential Unit citation and then later, for her Vietnam service, she was awarded five battle stars.

And over the decades of her military service, she has been home to many thousands of brave sailors and, of course, those sailors are the reasons she was awarded all her stars. And speaking of our brave servicemembers, and this really is fun for all of us "On the Record. Our staffer Carrie Flatley's great-grandfather, Admiral Jimmy Flatley, was the first aviator to land his plane on the USS Yorktown during World War II.

But the USS Yorktown is not just a hero, she's a movie star. She's starred in the Academy award-winning 1944 documentary, "The Fighting Lady." Yeah, she's a pretty girl and even a big girl, 880 feet long and 101 feet wide. In 1975 she moved right here to Patriots Point in Mount Pleasant, South Carolina, where she could rest and retire. She deserves that rest and retirement. She worked so hard for us.