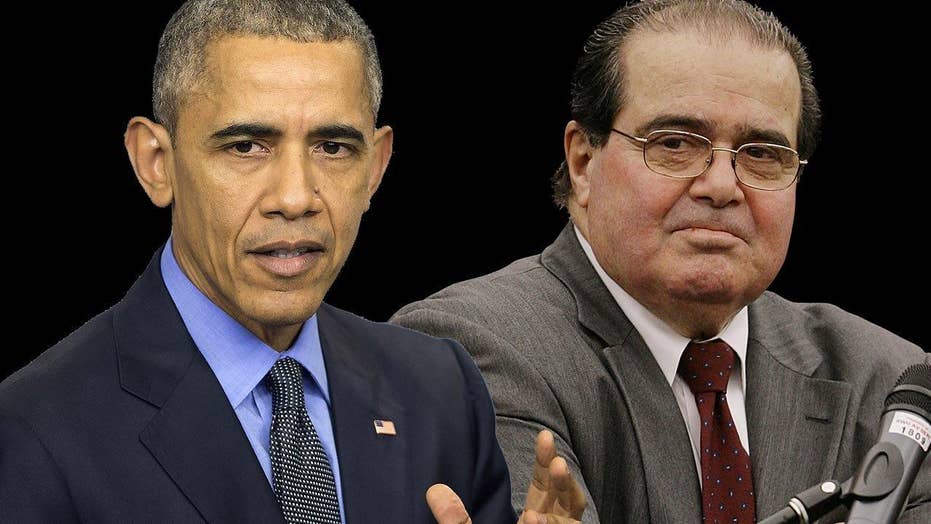 Greta's 'Off the Record' comment to 'On the Record' viewers: Why isn't Obama attending Justice Scalia's funeral on Saturday. The American public deserves an explanation. Let's hope the reason isn't politics.

Well, here is what Press Secretary Josh Earnest said when asked about the funeral:

Now, that doesn't provide us an explanation why the president is skipping the funeral. The American people deserve to know why our president won't be representing the nation at a Supreme Court justice's funeral.

If here a great reason, I'm going to back the president up. But no reason? Well, that's not right.

By the way, when Justice Rehnquist died in 2005, then-President George W. Bush went to his funeral and gave the eulogy. So, for the sake of our nation and decency, I hope it isn't politics keeping President Obama from the funeral.

Yes, President Obama and Justice Scalia held very different views about the Constitution. But what makes our nation great is that during important times like this and while the world is watching, we momentarily set aside all our differences and act big and unite.  And the following day? Well then it's fair to go back to debating all our differences.

So, Mr. President, the ball is in your court. Why aren't you going to the funeral? And that's my "Off the Record" comment tonight.