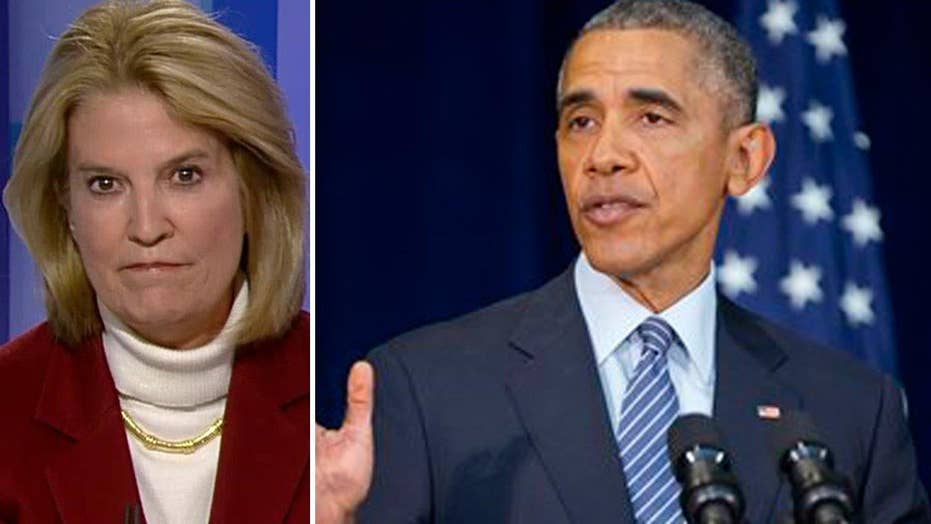 Greta: Why do we need a hike in post-presidency payments?

Greta's 'Off the Record' comment to 'On the Record' viewers: Pres. Obama wants an 18 percent increase in the money available for the government to spend on former presidents. Feds should really look for 18 percent in waste to cut

Well, let me just say this. Of course, I want all our former presidents, which will include President Obama, to be able to do post-presidency work. But do they really need an 18 percent increase? For what?

Now, that's the problem. We get these demands like this 18 percent increase levied on us, but we never get an explanation, or proof of the real need. We just get directed to pay more. Plus, would you not like to know how President Obama came up with the number 18 percent? Is it link to some legitimate need after careful analysis or did he just pull it out of a hat and dump it on taxpayers?

As for any proof, I think these numbers just get pulled out of a hat, and that's not right. And one other thing, before demanding we taxpayers pay 18 percent more for this, how about President Obama start looking around and clean up some waste and fraud? He could probably find that 18 percent money in 10 minutes, so he would not even have to slip it into the budget bill, making you pay more.

Yes, of course, we want to take care of our former presidents, but they also need to take care of us. Either find that money in government waste or fraud and use that money or give us an itemized accounting of why this 18 percent increase is needed.