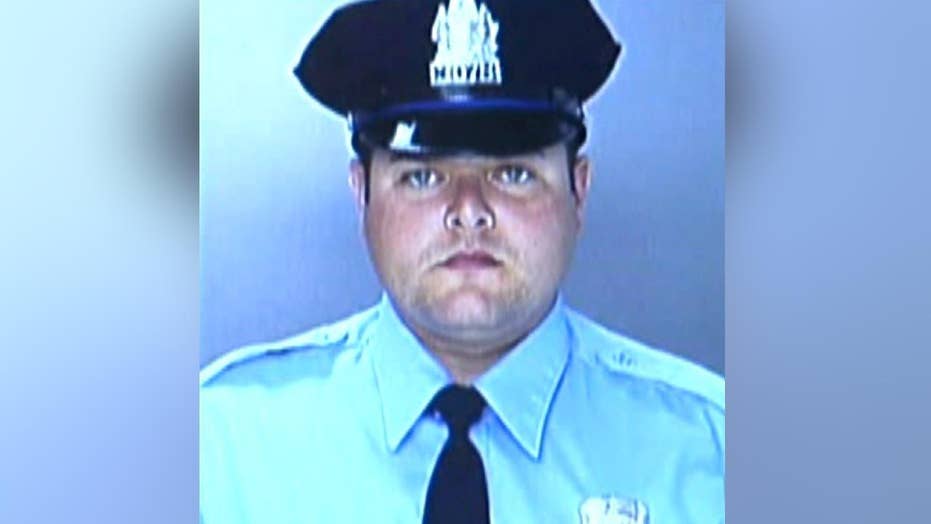 Greta: What are we doing to protect our men, women in blue?

Greta's 'Off the Record' comment to 'On the Record' viewers: Ambushed Pa. Officer Jesse Hartnett's unexpected day at work was much different than mine- and more and more our heroes in blue are targets

Let's all go "Off the Record." I am in Philadelphia, not where I expected to be when I left for work this morning. And when Philadelphia Police Officer Jesse Hartnett went to work yesterday, he did not expect to be ambushed and shot three times by a gunman who now says he was acting in the name of Islam.

But there's a big difference between Officer Hartnett's unexpected work day and mine. I am in the media. And while my day may have surprised me, the media's always reporting after the danger's over and from the sidelines. That's a million times different from the police. They're always on the front lines, where the danger is and who now more and more often, like Officer Hartnett, have a target on their backs.

The good news - Officer Hartnett is going to be fine. He's very lucky. And we're all thankful Officer Hartnett will be fine. Many law enforcement though have not been so lucky. I want to show you once again where we have taken ON THE RECORD before. That is the National Law Enforcement Officers Memorial in D.C. There are more than 20,000 names etched on this memorial.

Those 20,000, they weren't as lucky as Officer Hartnett. And to repeat the same words I used two nights ago to close this show, it's tough to be a cop. But tonight, I am going to add this, a question, what we all need to ask ourselves: What are we doing to help protect our men and women in blue?