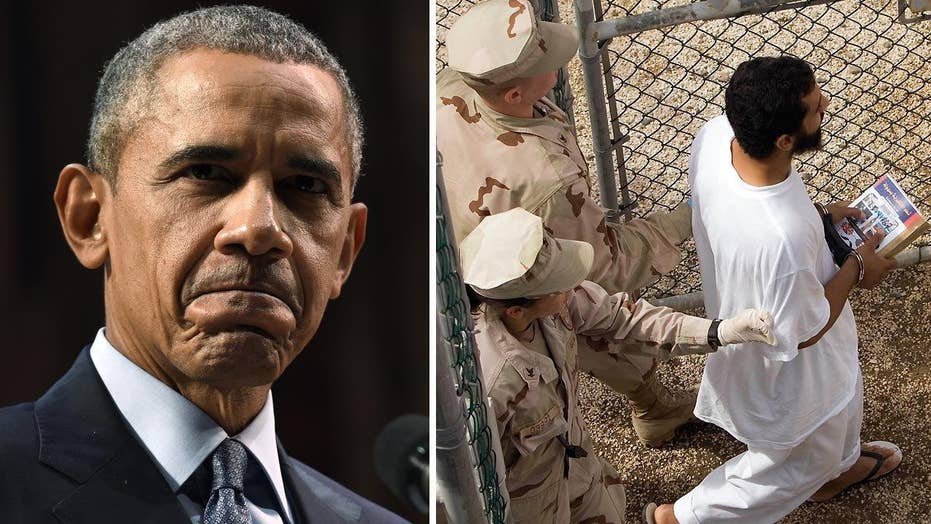 Greta: We are being bamboozled by Obama, everyone on Gitmo

Greta's 'Off the Record' comment to 'On the Record' viewers: Obama is not really closing Gitmo, he's only emptying it by releasing detainees. And American taxpayers pay for an empty building

President Obama calls this a "transfer." That's hogwash; it's not just a transfer. They're being released to some nation. "Transfer" is just a code word to make you think it's something that it simply is not.

But that's not all. President Obama won't tell you anything about any deal cut with any of the host nations that are used to encourage these nations to accept the detainees. And you know a deal was cut since what nation wants a terrorist or even an ex-terrorist?

It's wrong that you're not told every detail of any and all deals so that you know whether the right decision has been made or not. But apparently, President Obama doesn't trust you. But ironically, he does trust some questionable leaders in some questionable nations.

They know the terms of the deals. They negotiated them. So you're left in the dark. Your government won't tell you. That is so messed up.

In 2008 President Obama has promised you transparency. And instead, while he's cutting secret backroom deals that should not be secret. That is so messed up. And that's my "Off The Record" comment tonight.