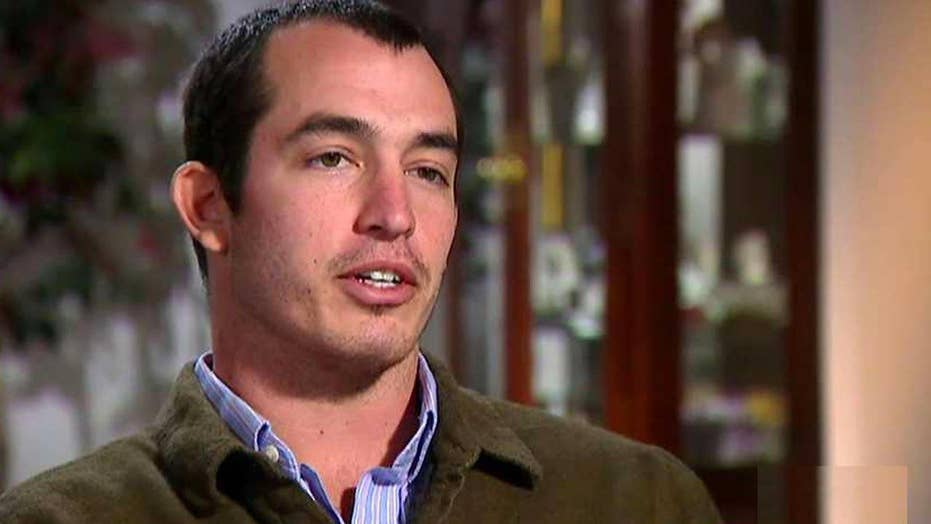 Greta: Sad news about Sgt. Tahmooressi - and a warning

Greta's 'Off the Record' comment: Sgt. Andrew Tahmooressi has been arrested for marijuana possession - not a serious charge but a warning sign. Tahmooressi is a vet in trouble suffering with PTSD. Are we doing enough to help troubled vets?

Let's all go "Off the Record." Now, this is heartbreaker for me. So, I will just jump to the news: U.S. Marine Sergeant Andrew Tahmooressi, who served two tours in Afghanistan and who we, at 'On the Record' worked really hard to get out of that horrible Mexican prison after that wrong turn, has been arrested in Indiana.

No, it's not the most serious charge - possession of less than 30 grams of marijuana. But that's not all. In March of 2015, he was arrested in Georgia on DUI charges. That's very serious. He can kill someone with a car.

Then everything changed when he got hit by an IED. He has never been the same. Yes, of course, Sergeant Tahmooressi bears some personal responsibility in these arrests. But do we? He protected us. We know he has a problem. He reached out for help from the V.A. What did they do for him? And what about the V.A.?

Remember when President Obama promised to make the V.A. a national leader in health care reform? Well, is it? Not according to what I hear. So, you and I know the inevitable. Sergeant Tahmooressi will continue to be washed in and out of the criminal justice system until something really bad happens.

These stories never end well. I fear the worst and I sure hope I'm wrong. And that's my "Off the Record" comment tonight.