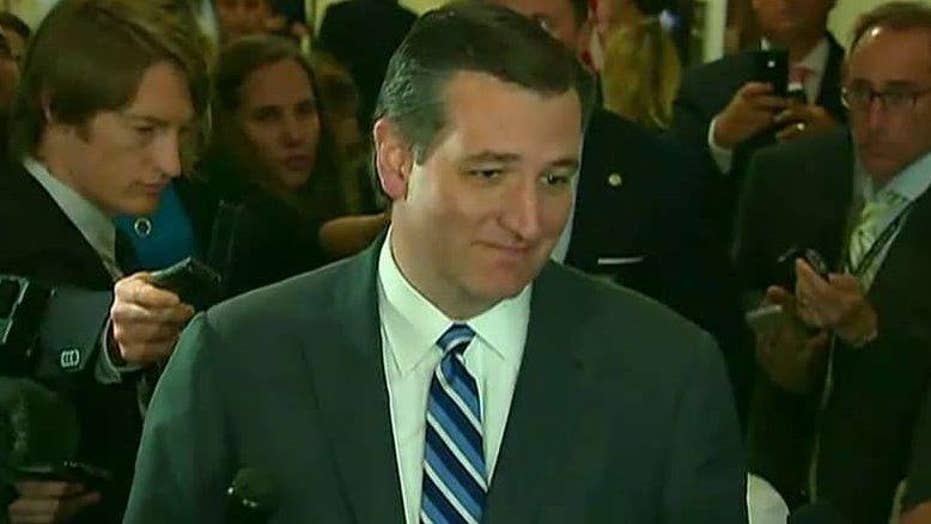 Greta: Run for president - but do your job!

Greta's 'Off the Record' comment: Yes, running for president is time consuming, but Sens. Ted Cruz, Marco Rubio and Bernie Sanders have not shown up to do their jobs as elected senators. If you didn't show up for work, you would be fired

Let's all go "Off the Record." Yes, I know they all do it, but really? If you don't show up at your job for months on end, would you still have it? No. You would be fired.

Check this out: Today, Senator Ted Cruz is back in the Senate, casting his first roll call vote since suspending his presidential campaign. But the last time he showed up to vote in the Senate - which was his job and salary you pay - was February 10th. That is three months ago. Senator Cruz has missed 64 of 70 roll call votes.

Yeah, running for president, it is time consuming. But we have three airports in the D.C. area and each of the candidates is flying around on a private planes. That means it could have been no sweat to show up at work at least once a week or once a month to vote.

Think about it. If they can't multitask enough to show up once a month to do their jobs -- jobs they ask for and we pay them to do - how can they expect to be the president with all those duties that the president has? It's pretty obvious - either they can't multi-task, that's a bad sign or they don't care. Take your pick; both are lousy.