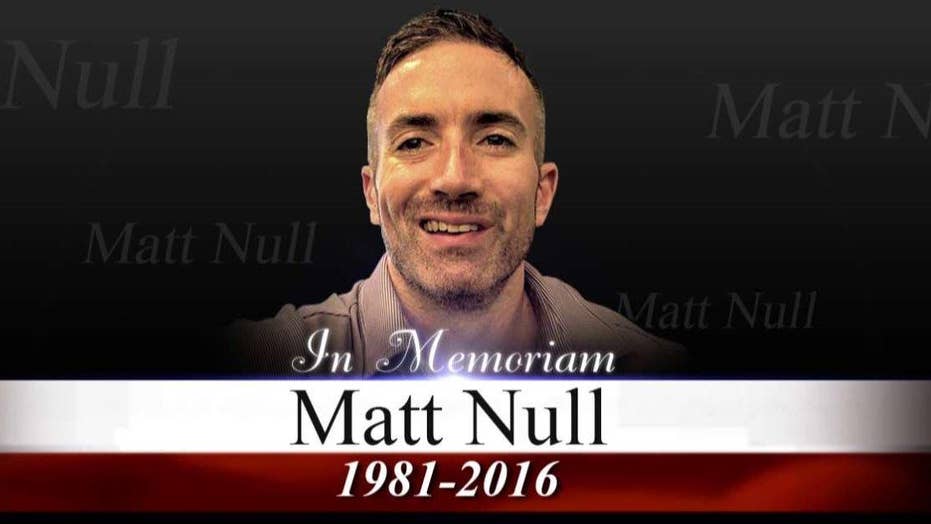 Greta's 'Off the Record': Matt Null was a producer for 'On the Record' before he moved on to CNN. He died suddenly while vacationing overseas at age 34. We at 'On the Record' send condolences to Matt's family, friends and colleagues

Let's go "Off the Record." When I read social media or news reports about all of us in the media, I think if you only knew - knew the whole story.

Reports and tweets often suggest that we as different news organizations are at each other's throats and don't like each other. Not true. Many of us are friends. Over the years we bump in to each other at news events and often we switch networks. We are former colleagues and yes, friends.

So, when I read the morning news that producer Matt Null, who worked for us on "On The Record" and then switched to CNN for a bigger job, had died while vacationing overseas, it stopped me in my tracks. Horrible news for his family, his friends and for those of us who knew him and felt the lost.

We felt it right here at "On The Record," and I know it's very difficult for his current co-workers at CNN. Here's what CNN anchor Christine Romans said about Matt today.

CHRISTINE ROMANS, CNN NEWS ANCHOR: I have got to tell you. He is literally the voice in our head every morning when terrible things happen around the world. He is the one who brings it to you with calm and fairness. He is someone who really made a difference in the world through his job.

Our condolences to Matt's family and loved ones, friends and television colleagues through the years. He will be missed. He was only 34.