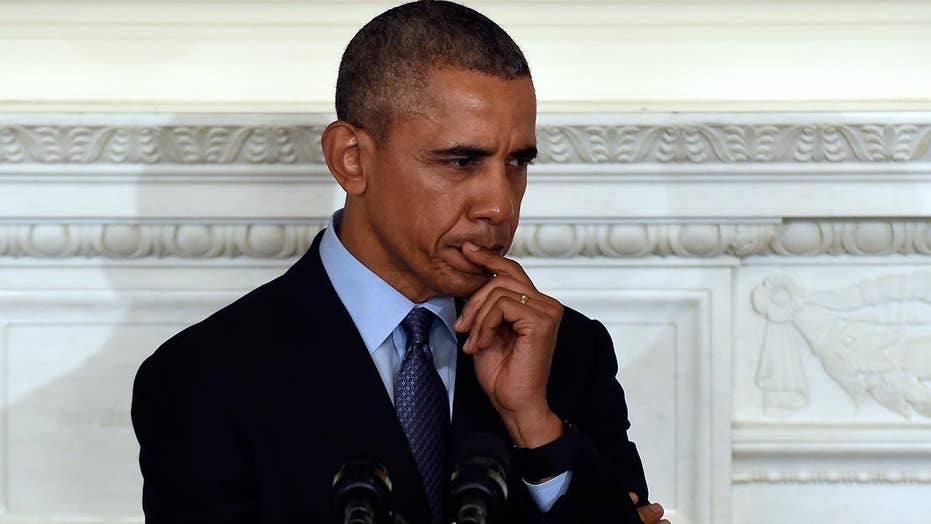 Greta: Pres. Obama is breaking a promise by going to Cuba

Greta's 'Off the Record' comment to 'On the Record' viewers: Pres. Obama said he would only travel to Cuba if there was progress in the liberty and freedom of Cubans. The White House admitted there has been none - and Obama says he's visiting for 'fun.'

Let's all go "Off the Record." You know I thought President Obama should have gone to Paris and marched with all the other world leaders after that massacre of Charlie Hebdo. He needed to show support and represent America. He blew that one off.

Likewise, rather than just hang out at the White House on Saturday, I think he should have traveled three miles to Justice Scalia's funeral. The funeral was less than two hours, and the president does represent the nation. This was a Supreme Court justice. He blew that one off, too.

And now, though he is headed someplace - Cuba. But going on lark that upsets many, including the liberal editorial board of the Washington Post. They say he is breaking his word by going to Cuba. The Post points out that two months ago, the president said he would travel to Cuba only if he could say with confidence that there is some progress in liberty and freedom and possibilities of ordinary Cubans.

Well, that's not happening. On Thursday, the White House admitted it. So, what does President Obama have to say about his upcoming Cuba trip? He told the White House press pool that it will be "fun."

Fun? So he is breaking his promise and representing Americans in repressive society because it's fun? Horrible message to send. I have nothing against the president having fun, but can't he just go to Disney World? That would be a much better message.