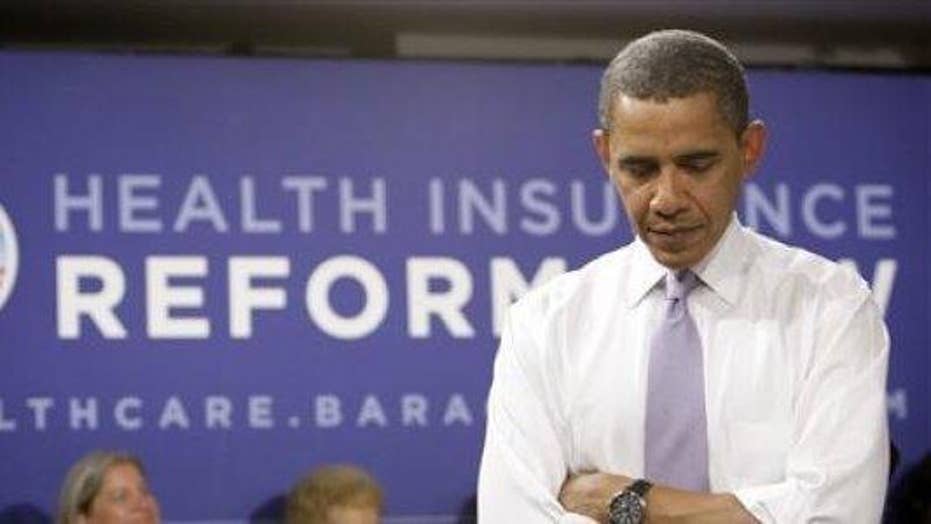 Greta: ObamaCare fight with nuns didn't have to go to SCOTUS

Greta's 'Off the Record' comment to 'On the Record' viewers: The contraception dispute between the government and the Little Sisters of the Poor did not have to be a long, expensive Supreme Court battle. But the government decided to be stubborn and stupid

Let's all go "Off the Record." You know what is really obnoxious? When your government is stubborn and it costs you.

Case in point - Little Sisters of the Poor versus Burwell, essentially nuns versus President Obama and ObamaCare. And the Little Sisters, they did not want their religious rights stepped on by ObamaCare by being force to pay for contraception for employees. And President Obama, through ObamaCare, would not budge, ordering the nuns to pay for contraception's or pay a nearly $70 million fine. Those nuns can't pay $70 million. Sisters of the Poor, right?

Well the Supreme Court stepped in, came up with a simple fix and good for them. But tell me this: Why did it get to this? What a waste of time and money. And get this: The Obama administration exempted many others but just decide no exemption for the nuns. What's with that? Picking on the nuns, if you ask me.

So the nuns didn't want to go to court, but they had no choice. And you, as a taxpayer, had to pay the government lawyer's bill to fight the nuns just because the Obama administration was stubborn, maybe stupid, picking a fight with them. It's more government waste.

But what did the government lawyers care? Its other people's money - yours.