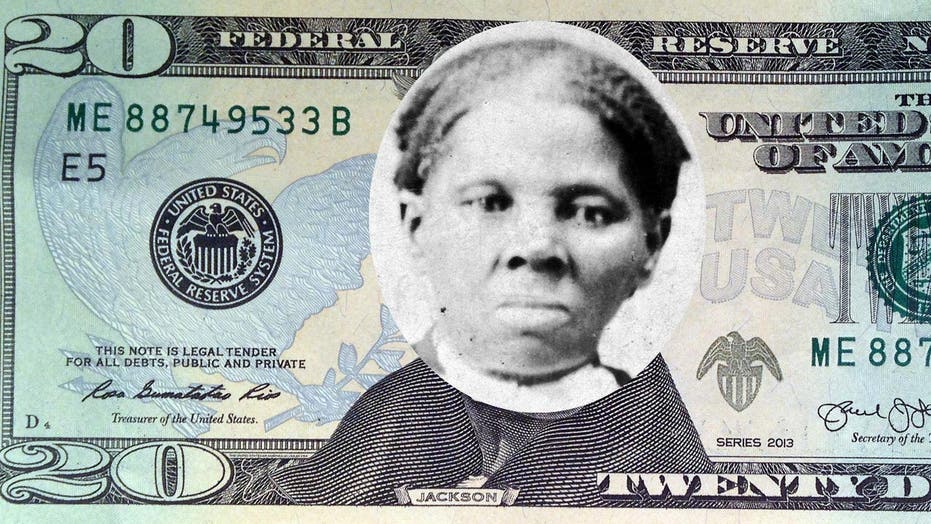 Greta: Obama admin stirs up trouble with Tubman on $20 bill

Greta's 'Off the Record,' commentary to 'On the Record' viewers: The Obama administration divides the country by booting Andrew Jackson off the $20 bill and giving leftovers to abolitionist Harriet Tubman. Why not give Tubman her own bill instead?

Let's all go "Off the Record." Don't you wonder why some people just don't use their heads? Well, the Obama administration did it again - they went stupid, and went stupid for no reason.

Here's what's happening: Treasury Secretary Jack Lew is creating a fight, a 100 percent completely unnecessary fight, by booting President Andrew Jackson from the $20 bill and replacing him with a woman, abolitionist Harriet Tubman.

You all know I am a feminist and love to see women acknowledged for the great things they do to contribute to our nation. And Harriet Tubman did, and she deserves it. But what I don't get is this: Rather than dividing the country between those who happen to like the tradition of our currency and want President Andrew Jackson to stay put and those who want to put a woman on the bill.

It is so easy keep everyone happy. We could put a woman on a bill, Tubman, acknowledge her courage and not stir up the country by giving her her own bill, like a $25 bill. We could use a $25 bill. Put her picture on that and we could all celebrate. That is the smart and easy thing to do.

But no, some people don't think and rather gratuitously stir up conflict in the nation. That is so awful, and yes, dumb.