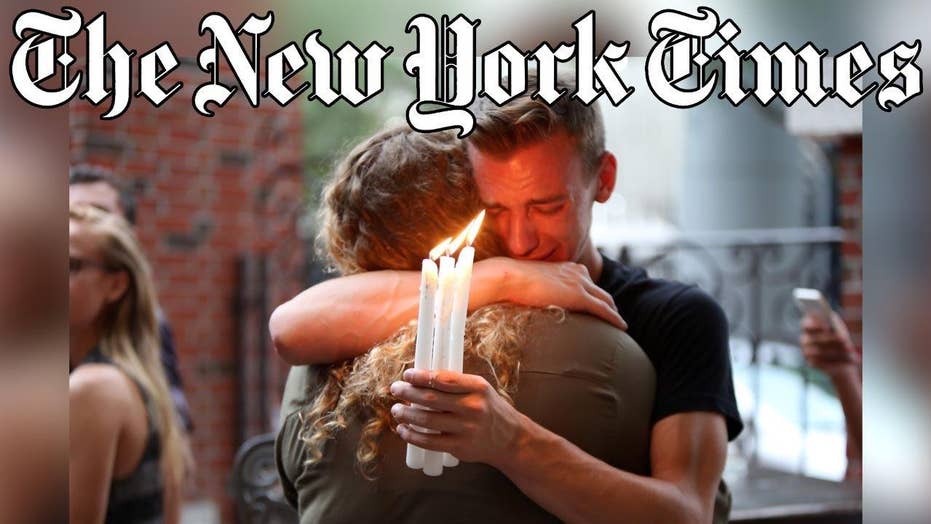 Greta's 'Off the Record' comment: Before the dead are buried, the NY Times blames Republicans for the Orlando massacre, using the terror attack to fuel its agenda against Republicans

Let's all go "Off the Record." The New York Times is doing something really lame. They are using the great pain of that vicious terrorism of Orlando to fuel its agenda.

It's no secret the editorial page in the New York Times hates Republicans. But this, in its lead editorial, the Times blames Republicans for the massacre of 49 innocents? Well, the editorial reads, in part, "While the precise motivation for the rampage remains unclear, it is evident that Mr. Mateen was driven why hatred towards gays and lesbians. Hate crimes don't happen in a vacuum. They occur where bigotry is allowed to fester, where minorities are vilified and where people are scapegoat for political gain. Tragically, this is the state of American politics, driven too often by Republican politicians who see prejudice as something to exploit, not extinguish."

Really? It's the Republicans' fault? That is what the New York Times editorial board thinks, the Republicans? I just got back from Orlando, and down there they are blaming the killer Mateen. And Mateen said he did it for ISIS.

But I get it. The New York Times hates the Republicans, and can't help themselves. By the way the editorial board made no mention and did not blame ISIS, radical Islam or extremism. They blame the Republicans. That is a bit messed up, isn't it?