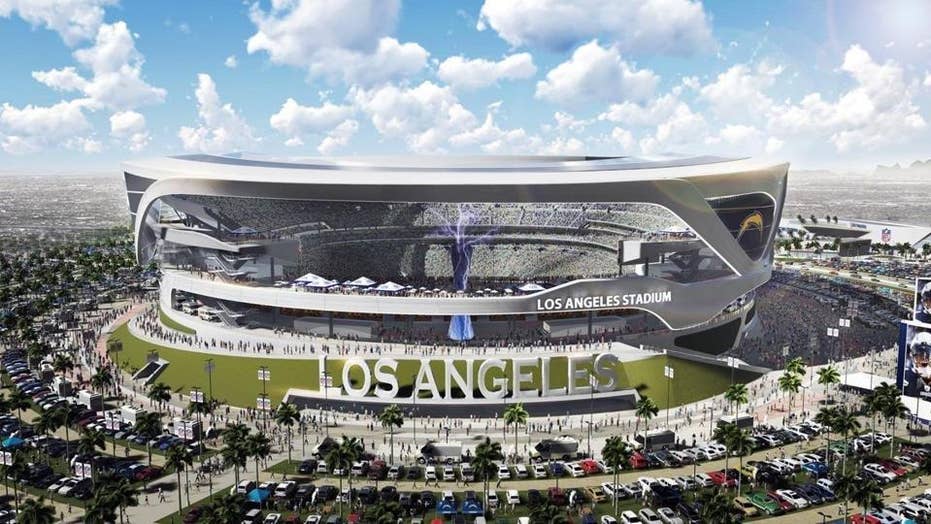 Greta: My advice to NFL teams that want to relocate to L.A.

Greta's 'Off the Record' comment to 'On the Record' viewers: The NFL team that moves to Los Angeles should do the community it's leaving a favor: Leave the team name and colors behind

Let's all go "Off The Record" and talk football. First, go, Pack, go. Keep that team here in Washington this Sunday. You will.

And now to the news. Three NFL teams - the Oakland Raiders, San Diego Chargers and St. Louis Rams - have all filed with the NFL asking to relocate the teams to Los Angeles. Why? Well, it's the usual: money.

L.A. is a big market and the owners want the big money. They would get that with a big market. I can't blame them, but it would never happen to the Green Bay Packers and I know it because I am one of more than 360,000 shareholders. Not one of us would ever permit the Packers to leave Green Bay. Don't believe it? Ask just one of us.

And while I don't have a dog in this L.A. market fight, I do have some advice. If an NFL team does move to L.A., do the community you're leaving a favor. Do not do what the Colts did to Baltimore when they moved to Indianapolis. Just leave the name, the colors, the jerseys behind as you move, in case that city gets another team in the future. L.A. won't care. L.A. wants its own name, its own traditions, own colors.

But I do have one exception. If the St. Louis Rams score the move and relocate to L.A., the Rams should keep their name. Yeah. Bring back the L.A. Rams. And that's my "Off the Record" comment tonight.