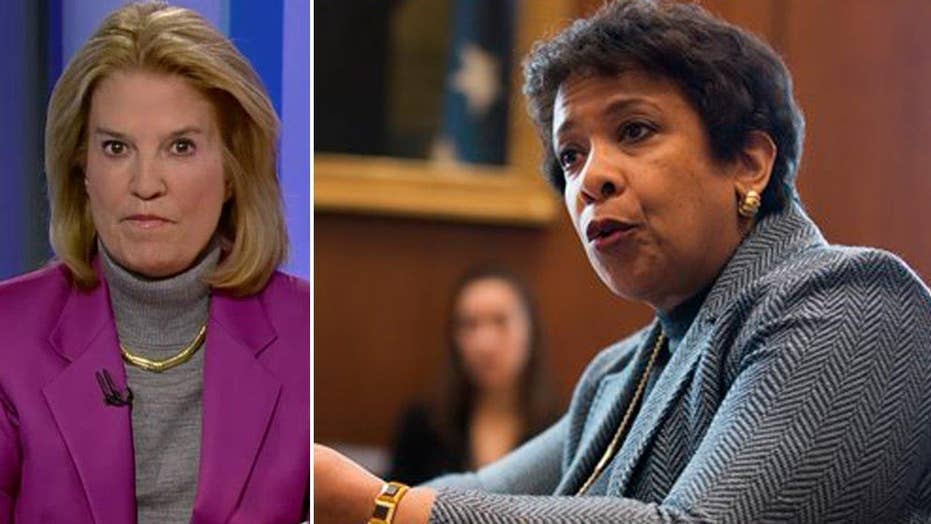 Greta's 'Off the Record' comment to 'On the Record' viewers: Morgan Stanley has agreed to a$3.2 billion settlement over allegations it downplayed the risk of mortgages sold before the financial crisis. No indictments, no jail - same old rigged system.

Let's all go "Off the Record." Morgan Stanley is disgraceful. So is U.S. Attorney General Loretta Lynch. She promised in that phony memo she issued after taking office that this stuff would stop.

I'm talking about the new deal that some states, Morgan Stanley and the Justice Department just cooked up together to protect Morgan Stanley executives. Their dishonest practices, crimes helped cause the 2008 financial crisis.

They must all think we're stupid. Misrepresentations? It's criminal fraud. And guess what? Morgan Stanley says it is pleased about the deal. No kidding! Please, who wouldn't be? No indictments, no handcuffs. No perp walks. No prisons. Just a $3.2 billion fine.

But get this, the culprits don't pay the fine. The innocent shareholders do. And the attorney general knows that she was supposed to protect us, but she sold us out. Nice, right? The system is rigged.