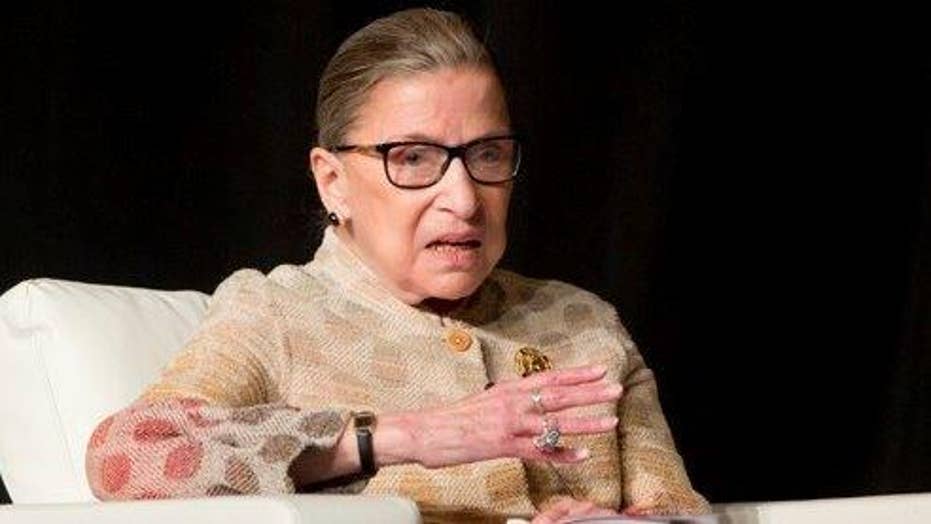 Greta: Ginsburg is imitating Trump with her remarks

Greta's 'Off the Record' comment to 'On the Record' viewers: Justice Ruth Bader Ginsburg has the first amendment right to criticize Donald Trump. But she is not hiding her bias and will have to recuse herself from cases if Trump wins the presidency

When I heard that Justice Ruth Bader Ginsburg went off on Donald Trump calling him, a "faker" and saying Trump just says what comes into his head, my thought was "Oops. Justice Ginsburg might want to check the mirror because that's just exactly what she did. Saying whatever comes into her mind."

Now we all know she hates Trump. Hates him big-time, even threatening to move to New Zealand if he's elected. And, of course, she has a first amendment right to sling insults just like Trump does. And, again, she might want to check in the mirror on that one.

But if Trump does become president, she better recuse herself on all cases involving the White House. Because no one, not even the "New York Times" editorial page could ever think she could be fair.

Now, what's with that? Double standard? Bias? And that's my 'Off the Record" comment.