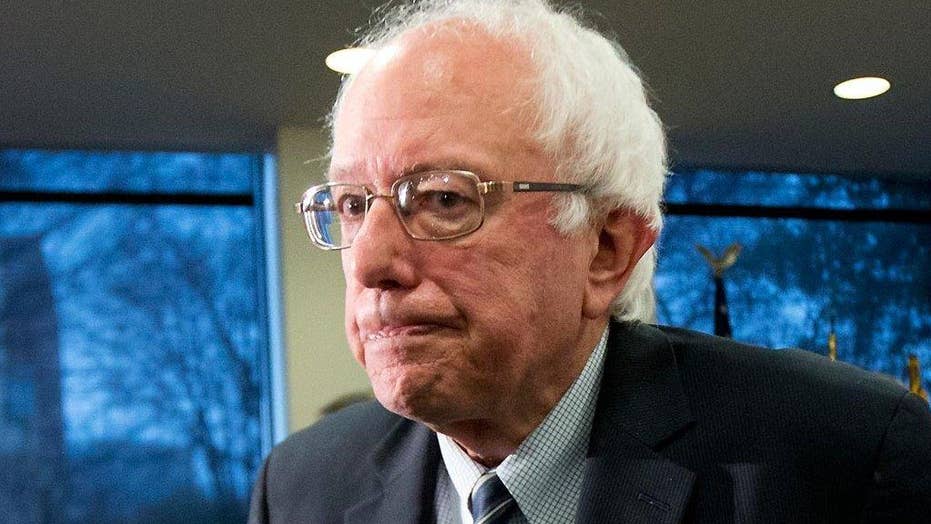 Greta: Sanders a hypocrite or just have a great accountant?

Greta's 'Off the Record' comment to 'On the Record' viewers: Talk about 'feeling the Bern'! Bernie Sanders and his wife were among the top 5 percent earners in 2014 and had just a 13.5 percent tax rate

Let's all go "Off the Record." Is he a hypocrite? Or does he just have a great accountant, his wife? I'm talking about presidential candidate, Senator Bernie Sanders.

Sanders brags that his wife does his taxes. I don't know what your tax rate is, but I do know now Senator Sanders' tax rate. But before I even get that, here is a bit of "feeling the Bern."

BERNIE SANDERS, DEMOCRATIC PRESIDENTIAL CANDIDATE: But we are going to fight for is to the man that in time of massive income wealth and equality. The wealthiest people of largest corporation start paying their fare share of taxes.

SANDERS: The wealthy are getting wealthier. Many of them pay an effective tax rate lower than working people.

Try 13.5 percent. He is almost in the top 5 percent of income, and he pays less than 14 percent tax rate. Who is getting burned?

And by the way, what is his wife's phone number? I could use her accounting skills doing my taxes. And that is my "Off the Record" comment tonight.