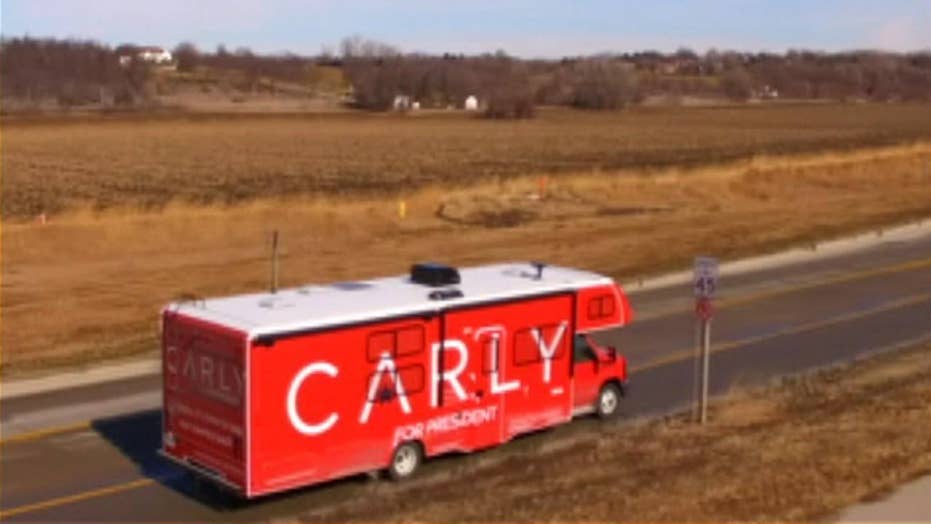 Introducing the 'Greta Drone' to cover a strong democracy

Greta's 'Off the Record' comment: We at 'On the Record' introduced a brand new way for us to shoot of the presidential campaigns with our coverage of the Iowa caucus. Our democracy isn't always pretty, but we will cover it from all angles

Let's all go "Off the Record." One down, the Iowa caucus, and now it's on to New Hampshire. And who doesn't love the political excitement?

And last night in Iowa, we had fun here on "On the Record." We launched the now very famous -- world famous - "Greta Drone." It's an amazing new way to shoot a story because it gives you, the viewer, a big view - and we all understand the story better when we can see more.

But as exciting as last night was, even for us with the Greta Drone, I know the last few months have been pretty raw for the American people. Politics is a contact sport, and a rugged one at that. It has no rules. At least Super Bowl quarterbacks Peyton Manning and Cam Newton have some rules to protect them, but not so in politics.

But do remember this. While how the sausage is made is ugly, what counts is the final product. And in elections we get a president. It may not be your first choice, or even your second choice, or maybe it's somebody you didn't want at all. But at least we get to vote. We're lucky - that's a democracy.

And remember what former British Prime Minister Winston Churchill is quoted as having said, "Democracy is the worst form of government, except for all those other forms that have been tried from time to time." That's my "Off the Record" comment tonight.