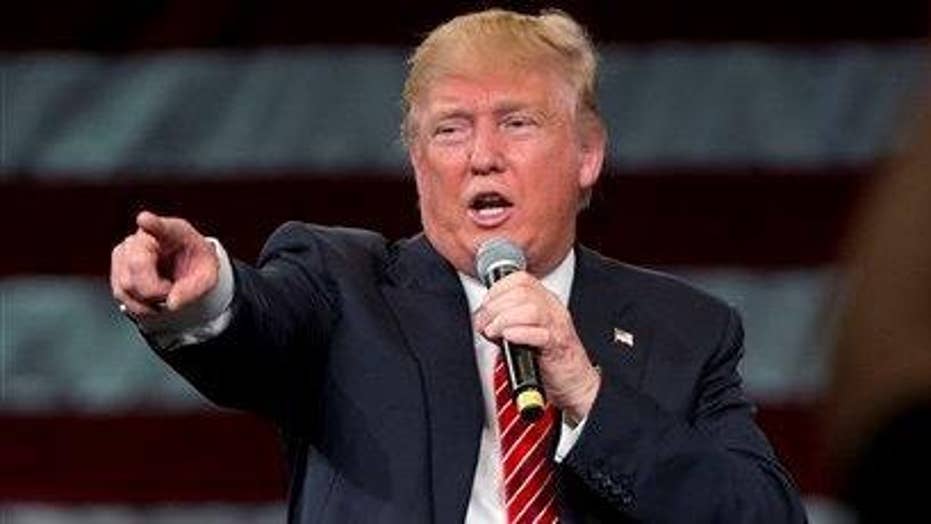 Greta's 'Off the Record' comment to 'On the Record' viewers: The Secret Service deservedly has been the object of scorn the last few years for several scandals. But they did a great job of shielding Donald Trump from a protestor over the weekend.

Let's all go "Off the Record." I don't need to tell you, but over the past few years the Secret Service has taken a beating by the media. And, well, they deserved it.

They've had scandal after scandal. There was drinking in Holland, prostitutes in Colombia, fence jumpers making it all the way into the White House. And yes, while it is only a couple of bad apples, it did stain the organization, and I'm sure it's very painful to all the many good men and women who served in the Secret Service with great honor doing their jobs, some even risking their lives.

So, time to flip the narrative. Check this out: This is the Secret Service on Saturday racing toward a presidential candidate when that candidate, Donald Trump, was put in danger by a protester who rushed the stage. Yes, they were doing their jobs.

But think about it. Think how fast they were acting. It takes great courage to run toward danger, plus shield another person with your own body. That's what they did. I confess, I don't have that kind of courage. Do you?

So, I hope you will join me tonight and tip your hat to the Secret Service, letting them know that, yes, we saw it. It was great - job well-done and thank you.