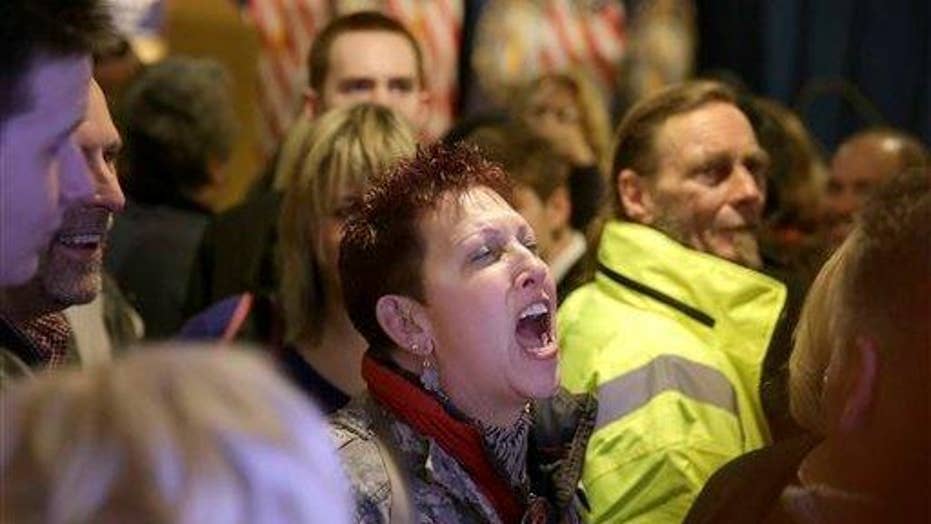 Greta: Get ready for a long primary season

Greta's 'Off the Record' comment to 'On the Record' viewers: Donald Trump and Bernie Sanders won huge last night, but don't believe the pundits. The primary season's far from over

Let's go "Off the Record" for a minute. Big night last night in New Hampshire. If you listen to the pundits, who sure have lots of opinions, you would think the primary season is over and that the nominees have now been chosen.

Well, not so fast - that's just chatter. We've done this rodeo before, lots of times. Remember who won the New Hampshire primary for the Democrats in 2008? Then-Senator Hillary Clinton, and how that worked out for her - apparently not too well. She didn't get the 2008 nomination from her party, then-Senator Barack Obama did.

So now, forget the know-it-all pundits. They're just having fun, like you, talking about it. No one knows who is going to win the two party nominations. And yes, last night Donald Trump and Senator Bernie Sanders both won big. No, huge!

But it's only two down, lots of voting to do. And remember, when it's your state's turn, don't just tweet about the candidates. Go out and vote. And that's my "Off the Record" comment tonight.