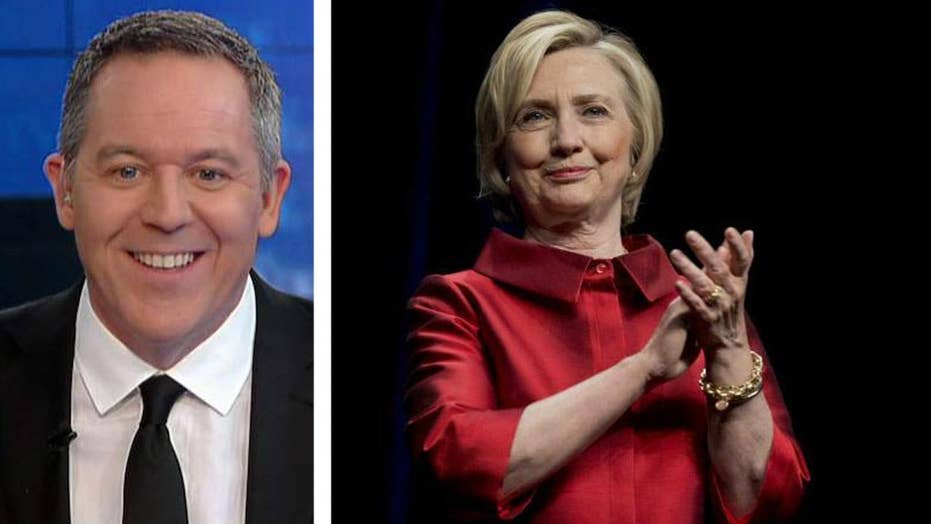 HILLARY CLINTON, FORMER DEMOCRATIC PRESIDENTIAL NOMINEE: We do not do well with white men and we don't do well with married white women. And part of that is a -- an identification with the Republican Party, and a, sort of, ongoing pressure to vote the way that your husband, your boss, your son -- whoever -- believes you should.

Those evil white men. Well, instead of letting things lie, she took a front-end loader and dug a hole so deep you could fit all her husband's skeletons in it. After claiming women only do what their hubbies tell them to, she said she meant no disrespect. Meaning she's so clueless as she thought comments made in India somehow wouldn't travel.

But she also added this -- quote: "I did not realize how hard it would hit many who heard it." So you see what she did there? It's the jab and hide of a typical bitter troll, you know, who tweets, "Hey, you're fat," followed by "Wow, I guess I struck a nerve." So when she calls women submissive morons, their defiant response means, oh, she has to be right.

Now you could say, Greg, you've enjoyed Hillary's decline too much. And you'd be right. For I'm thinking we dodged a bullet. Every time she speaks, she reminds you of why she lost and what she thinks of you.

But Hillary's rage is really just a projection. Decades of doing her husband's submissive bidding, it didn't pay off. The world is an unjust place in her vengeful state. "I deserve to be president," she thinks, "after enduring the humiliations of Bill's betrayals." One man made her feel very small and she repays that sentiment a million-fold on the female Trump voter, many of whom voted for Obama. It's payback delivered to the wrong people.

So Dems, what do you what do you do with a guest who will not leave? Thank God you're not stuck with her. I hear there's a bright young face on the horizon:

NARRATOR: In 2016, it wasn't their year, but in 2020, the Democrats will unleash a brand-new candidate to lead the resistance to victory. Someone with a new vision for America. A freedom fighter, a fresh face, a grassroots hero. Her name: Hillary Clinton.

This up-and-comer is bitter, mean, cranky and vindictive, all the things you want in a rising star. In just four short decades, she's already given so much to real Americans. Things like hugs, faces, fashion and totally normal laughter.