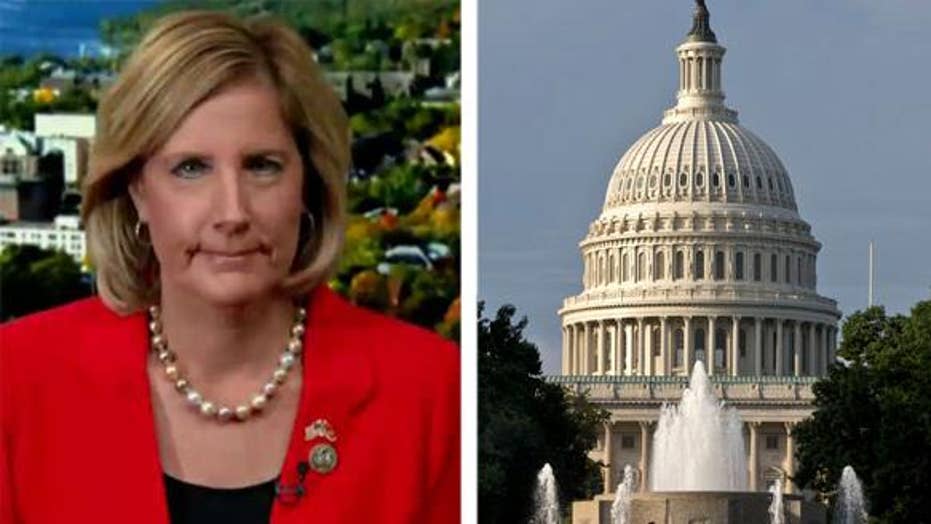 GOP congresswoman on why she voted against House budget

Rep. Claudia Tenney speaks out against proposal to eliminate state and local tax deductions on 'Your World.'

This is a rush transcript from "Your World," October 27, 2017. This copy may not be in its final form and may be updated.

New York Republican Congresswoman Claudia Tenney was one of them not voting for this.

REP. CLAUDIA TENNEY, R-NEW YORK: Well, first of all, we know tax reform is essential. And this was a budget vote, of course, which is going to set us up to do reconciliation, so we can surpass the -- we don't have to comply with the 60-vote rule and we can pass tax reform with a simple majority.

That being said, the tax reform package eliminating the state and local tax deduction, which is something critically important to my region in Upstate New York, is something that needs to be added back in or at least reformed, or we need some kind of compromise on it, to make this tax reform real for us.

My taxpayers are at the mercy of the tax-and-spend liberals, people like Governor Cuomo in Albany and Chuck Schumer. They're the ones who have raised the taxes, put New York in a crisis and made it such an issue for us.

Normally, the state and local tax deduction would be something you would think about for itemizers, people who are in the higher income brackets, but because our taxes, our state and local taxes are so onerous, ours -- it actually dips into the middle-income families.

And something like 30 percent of the Americans are actually using the -- are itemizing and using this deduction. And in my district alone, over 62,000 filers are actually taking advantage of the state and local deduction.

CAVUTO: That was a very big issue. And that's -- all right, that's understandable.

CAVUTO: It's a big issue.

One of the middle-ground sort of compromises that has been apparently kicked around, Congresswoman, you know better than I, is that, all right, we will phase it out for -- for -- for higher-income folks. Maybe cap it or stop it, you know, up to let's say $500,000, up to a million, whatever.

CAVUTO: But that it's still going to be there, that this deduction is going, maybe, though, just for the rich. How would you feel about that?

TENNEY: Well, the problem is, we want to -- this -- this tax reform is supposed to be for the middle-income families. It's supposed to have middle-incomes families, especially those who use pass-through income, small businesses, that's mostly who are the job creators in my communities.
And that's what matters to me.

But that -- looking at it in a holistic way, the whole tax reform package is going to help higher-income families, because you are going to have -- you're going to be doubling the standard deduction. You're going to be eliminating the Alternative Minimum Tax, the thing that everybody hates.

CAVUTO: Because a lot of them are looking at this and the possibility of an additional bracket, and the fact that they might lose that deduction, some of them might end up paying more than they do now.

TENNEY: Well, and we don't know what the brackets are.

TENNEY: And so that's the question. So, we're being asked to vote on something where we're not sure what the brackets are.

But let me -- look at another aspect of this tax reform. We're eliminating the estate tax on the federal level. So that would be a huge benefit to people that are -- have higher state consequences. So that's something that a lot of people will like in that -- in that bracket will like about it.

CAVUTO: But, Congresswoman, don't a lot of very rich people dodge that or find creative ways around that anyway? Is that enough of an enchilada for them to bite?

TENNEY: To be honest with you, I think it affects a lot of middle-income taxpayers, especially families -- family farms, small business. Like, my family business was almost affected by it.

CAVUTO: You just to be very, very clear, that's a draw for you, that's a pitch that you can make to the wealthy.

The other quick thing, and I want to get your thoughts on removing the allowance you get for giving money to a 401(k) or phasing it out again for the upper income. How do you feel about that?

I discussed that in our meeting that we had right after the budget vote, because, obviously, our leadership was concerned. And we said, look, we want to have a compromise. At the very least, we would like to keep SALT 100 percent. But, if not, we want to see what other options are on the table.

I asked Chairman Brady about the 401(k). They said that that is not what is happening, that we're going to encourage people to continue to have 401(k)s. That's a nonstarter for me. We cannot do anything to hurt the 401(k).

I encourage people to invest themselves and move into a 401(k). After all, I'm the one that had the -- co-sponsored a bill in the New York State Assembly that would take all public employees, at least elected officials, out of the system where they're getting pensions, so move them into a 401(k) status.

CAVUTO: All right, Congresswoman, thank you very, very much. Very good seeing you.

TENNEY: Thank you so much.