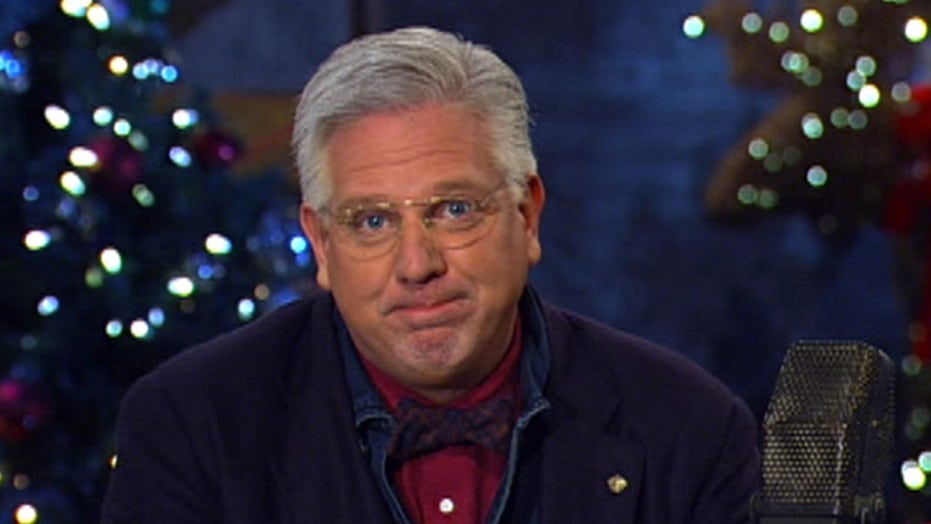 Glenn Beck on the state of the GOP

This is a rush transcript from "Hannity," December 2, 2013. This copy may not be in its final form and may be updated.

SEAN HANNITY, HOST: From the Obamacare train wreck to the negotiations with terrorists in Tehran, it is no secret that in my opinion President Obama is in way over his head. J

oining me now with his take is author of "Miracles and Massacres, True and Untold Stories of the Making of America," and of course he hosts his own radio show, nationally syndicated, and he runs The Blaze, which is one of the top websites now in the country.

Glenn Beck, sir, how are you?

HANNITY: Happy holidays to you.

HANNITY: Why is there -- I consider myself a Tea Party conservative. I think you do, too. Why are the establishment Republicans now fighting guys like Lee and Cruz and Rand and Marco? Why this divide?

BECK: Really? You want me to answer that? I would love to.

HANNITY: I want you to.

You have to remember, Theodore Roosevelt is the guy started it. They believe in big government. I'm sorry to say, Sean, and you know this to be true, we send people in there and it's like sending them to the lion's den just waiting to be eaten by the machine that is Washington now. There are people more interested the in keeping their cushy jobs and their lifestyle and all their perks and benefits than actually doing what's right for the country and following the constitution.

HANNITY: This battle goes back a long time. You can take it back to Goldwater, Nixon. Everyone in the Republican Party gives lip service to Reagan, but Reagan challenged a sitting Republican president in 1976. That's kind of Tea Partyish to me.

HANNITY: When you look at the state of the economy, ObamaCare the disaster, the rise and the ever-growing government, deficits, debt, doubling of the people on welfare, what do you think in the privacy -- I know you spend time reading and you now have become a student of history. What do you think privately will happen to this country?

BECK: Yes. I think we are in a situation that we will either rise and be our best selves -- I saw something over the weekend, that poll that came out. I know you must have talked about it today -- 70 percent of Americans don't trust each other. They think only 30 percent of this country you can trust. If that remains true, well, we then become Europe. We have to trust each other. We have to be our better selves. Otherwise we break up and we never come back.

I think there is personally a very good chance that with the Mike Lees and the Ted Cruzes of the world that there is a change that we do to the Republican Party what happened to the Whigs. They just went away. There was no third party. The Republicans, there were 20 of them in 1853. And by 1860 they had a president elected. And I think that can happen in a faster time because of the Internet, if people stick to their principles and the people of the country remain good and decent to each other.

But if we start to believe these things that we are playing the game "knockout" and we're all fighting over a few extra bucks for a discounted TV, we're doomed.

HANNITY: Aren't there some easy answers? There was once a great inventor who said, and it stuck with me, the obvious which is often unseen until someone expresses it simply. In your book you talk about a lot of people. You delve into history and stuff, Thomas Edison, et cetera. But isn't, for example, cutting one penny out of every dollar that government spends every year for five years and you get to a balanced budget, isn't that a simple idea? Isn't drilling like they're doing in North Dakota and Midland, Texas, where they're creating jobs and lessening our dependence on foreign oil, isn't that one of the simple answers?

HANNITY: We have to take a break. Much more with Glenn Beck coming up right after the break.

HANNITY: Welcome back to "Hannity." We continue with the author of "Miracles and Massacres," the one and only Glenn Beck.

HANNITY: I have been using your studio and office.

BECK: You have been.

HANNITY: I have taken it over.

BECK: You have been a great guest in our facilities, and made a lot of friends, and thank you.

HANNITY: Listen, you have been great. I appreciate you letting me hijack your studio while the new one is being built.

BECK: Not a problem. Just leave my office in decent shape.

HANNITY: By the way, there was a flood there the other day, but I'll tell you about it another time.

But you look at the political landscape. I look at the political landscape. I'm looking for somebody that I think could not only win an election, winning is important, but also govern the country in a way that would, I think, help us get on the right track, inspire people to use freedom in the right way. As you look out there, is there anybody you see that you like, that you admire?

BECK: I'm going to answer this in a way that, first of all, I think that was the longest pause I have ever given on television before.

HANNITY: You give long pauses. I have heard it.

BECK: Old dogs learn new tricks -- not on television. Usually when someone asks me a question, I answer right away. But I want to be very measured here on what I say. So let me answer things in a different way than probably where you want to go.

I am looking to the American people because I see what the Fed is doing. They are devaluing our money like crazy. I see what is happening with ObamaCare. If you look at that, I mean, all of the things we talked about when I was, you know, your on-air coworker, all those things have happened. And people don't either care or didn't listen or whatever. It doesn't matter. Other things that we talked about and other things we now are seeing are going to happen. The dollar is not going to last.

So what does the world look like? You know, we have two ways to go. We can tear each other apart or we can see the world that Amazon was talking about last night on "60 Minutes."

BECK: Where literally the sky is the limit. Everything you know is about to change.

So, I'm really focused on the American people because I think until you see a change in consciousness of the Republican Party, which I don't think will happen, but God bless them if you can get it done. Until there is a change of consciousness, it was Einstein said the consciousness that created the problem cannot solve the problem. So it's time for a new consciousness.

HANNITY: Listen, I think there's got to be a solution -- I actually secured a website, Conservative Solution Caucus. And in January I'm going to outline about 10 things. By the way, if you want to contribute to it, I would love to add your contributions. The top 10 things that would help get the country on the right path.

HANNITY: Yes, I would like the conservatives to be the ones that do it because I believe conservative solutions are better.

BECK: I will tell you this. I don't really care where the solutions come from.

BECK: I just want solutions that actually are based in eternal principles.

I will tell you this, Sean. There are two things, Sean. One is they've got to stop thinking small. You want to talk about the debt, stop telling me about two percent budget cuts. That's not going to change anything. Two percent was 20 years ago. It's over. So now what are you going to do? I suggest you start selling the land in the national parks if you have to.

HANNITY: Not a bad idea.

BECK: All of the federal government land they own. What do they own it for? Sell it. Get rid of it. They don't need it anymore. It's time to sell things. It's time to go up to Alaska and drill in Alaska. And if they are not willing to build a pipeline and drill in Alaska, then it's time we sell it to somebody who will because we've got to pay off our debt.

HANNITY: That's an incredible story about a corrupt sheriff and what happened when GIs came back home.

Real quick, you told 12 stories in the book. Tell us quickly.

BECK: Let me tell you this -- we tell the miracles and the massacres. This is Tokyo Rose's actual microphone that she used in World War II. She was a hero, not a villain. We need to know the massacres and the miracles to be able to really understand and save our country.

HANNITY: You talk about Wounded Knee and My Lai and all those other issues.

BECK: We also talk about some great things, the miracle that came out of Al Capone that you have never heard of, amazing stuff.

HANNITY: Glenn Beck, thank you very much for being with us.

BECK: Thank you, Sean, appreciate it.