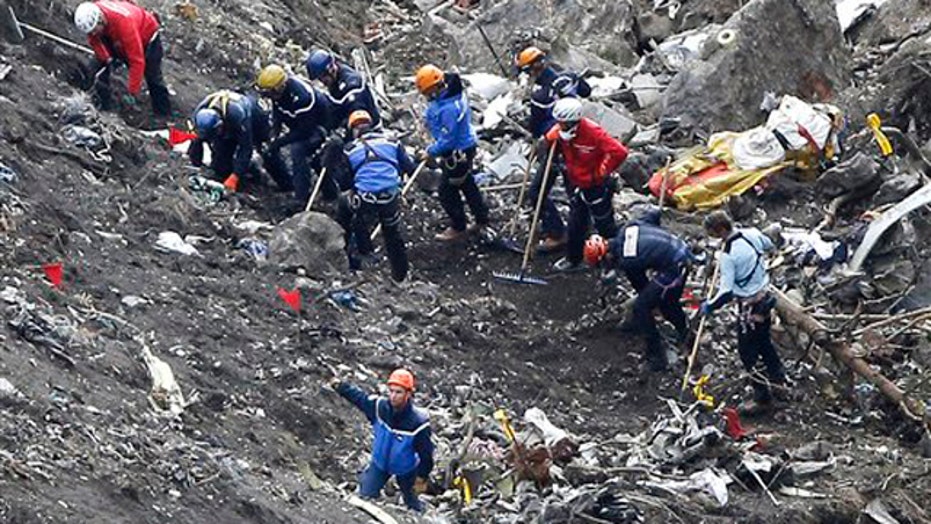 Suzy Welch: I know pilots object to it. Most pilots are really good people and don't need this surveillance. With the fact that it is very costly, i think it would put peace of mind into the families of people who lost people in air disasters. On the off chance there is security violation going on, this is a way to see if two people are always in the cockpit as they need to be. Frankly, in the big mysterious cases, if there had been cameras in the cockpit streaming video into the cloud, we would know where that plane was right now.

Gary B. Smith: I agree with everything Suzy said, but it's not the government's responsibility. Unless we declare that airlines are somehow a public utility like Amtrak, then it's not their responsibility. It's the responsibility of the airlines to do this if they want. Let me give you an example. Until I think 2019, backup cameras are not required in automobiles. Why did companies put that in? Because they felt they could make more profits and it benefited their customers by making it safer. I don't run into as many things with a backup camera. That wasn't mandated by the government. That was Toyota, Lexus and all those other companies. The government will start saying there's a lot of auto crashes. Maybe we should build cars like tanks. A bus ran off the road. Maybe we should put a voice recorder in there. It's not the government's job.

Nomi Konst: The complications about the government and what is government's job. Government's number one job is to protect citizens. You are not driving a car with 150 people in it. If you back up, you are not going to hit 350 people. This is something that is cheap, fairly easy to provide. It might -- if this is a libertarian issue and violate a pilot's freedom of speech, that's their job, their duty. A few years ago, freakanomics, you have different airlines being run different ways. There are certain regions that have more incidents than others. If we can learn how pilots are interacting with each other and become better at this, that solves a problem.

Jonas Max Ferris: Those doors cause more lives to be lost than they save. That was to fix the problem where people walk in there with a box cutter and take over planes. You've got to stop the knee-jerk reactions. Besides costing money, aren't going to do anything. I'm not against having cameras, but I'm not going to make pilots live under a surveillance state. It wouldn't have done anything in this case. The door, you couldn't get back through. We would have a nice video of this? I don't see -- this is cathartic at best.

John Layfield: If Europe has the two people in the cockpit at the same time like in the United States, this problem would have been solved. Jonas is right about this. You are right about something else. When you solve one problem, a lot of times you open up another one. In this case, we are talking about live streaming, put this in the cloud. It doesn't cost that much, but you are giving a solution to a problem that is nonexistent. There were 36.4 million flights in 2013 when I looked it up. Out of that, you had 81 crashes. That's one out of 2.4 million flights crashed. Only 20 percent involved fatalities. Now you've got to a small number. Out of those 20 percent, no black boxes were lost. We are not having a problem here finding black boxes. The problem is 50 percent, 70 percent of crashes are pilot error. When you have something like this, this black box issue is putting a solution to a problem that doesn't exist.

U.S. RAMPING UP AIRSTRIKES AGAINST ISIS IN IRAQ AND SYRIA

Gary B. Smith : Let me run a scenario by you. I'm a general in the military and i go to the commander in chief and i say i want to spend $10 million a day to fight ISIS overseas. Any smart person would say, what's your strategy? You know what the response is? I don't have one. How do you declare victory? I don't know. That's what we have fighting ISIS overseas. I'm not saying it's worthwhile, but so muddling undefined, you can't figure it out. Meanwhile, we have threats within our borders. As nomiki would readily agree, we need to protect our borders here and make it safe. That should be our effort. Not fighting other people's wars overseas to the tune of $3 billion, $4 billion a year.

Nomi Konst: The problem, it's not an either/or situation. We have intersected globalized world where one person's border is affecting another country's border. We are connected by air, land and water. It's not like we just do things on the offensive. You are confusing situations here. We have to support obviously our allies overseas. It's very complicated. The strategy changed daily because these militias do not have plans. They are not part of the government. They are a group of rogue individuals full of crazy personalities fighting against a large army.

Suzy Welch: This is a both/and situation. You've got to be over there and here. Far be it for me to use a sports analogy. I can't help but think about the great Wayne Gretzky. He went where the puck was going to be if. If ISIS is coming here, they say they are coming here, they were coming to New York, we have lone mules signing up, I'll knock off two people at a shopping mall. We have to apply a ton of intelligence here in the United States. It's a both/and. Now is the time to pour money into it. We can still beat them. They are still small enough we can stop them. The great tragedy would be waiting five years saying why didn't we stop them when we could?

John Layfield : agree. Our emphasis needs to be here. It sounds like we are doing a good job. We found these guys. Overseas our foreign policy has been an absolute disaster. You say in Yemen we need some type of solution. We are trying to win hearts and minds of people. I've been to Iraq many times and Afghanistan. This hearts and minds garbage does not work. We don't need to build governments. We don't need to help foster new regimes over there. We need to kill the enemy. Long as we are going over there, we are paying for 80 percent of this bombing against ISIS right now. I have no problem with that as long as we know exactly what our goals are, like Gary B. Said. We need to define goals, kill ISIS and put emphasis on the intelligence here to take care of our home people

Jonas Max Ferris : The assumption a dollar spent here on defense is somehow well executed money that does something, but foreign money is wasteful, I'm sure it's all equally wasteful. The Homeland Security Department was created when hundreds of bills have been spent. You are still going to get the occasional story creeping. We don't need to spend more money on it. It doesn't mean we are doing a bad job. We don't empower people, if we are merely caught trying to do a threat, what if we increased the bunt $5 billion because of that? How awesome that would be for terrorists. Any time we cook up the most hair-brained scam, that costs $5 billion.

John Layfield : Absolutely. How about we post these idiot businesses online that are suing people that came there and their customers? How about you cook the steak? How about you have decent service? There are idiot trolls on social media. They say bad things. People think i don't do that good a job on "bulls and bears." They should have their social media accounts deleted.

Gary B. Smith: If you read through any of the chat boards -- look, I'm all in favor of free speech, obviously. If you read through chat boards and things like that, people can be corrosive. If i went to a restaurant and i was overcharged for something and i wrote, you know what? I think they are using dog food to make their hamburgers. That is probably going to lose that restaurant -- that is bordering on libel. Businesses have a right to defend themselves from that.

Suzy Welch: Businesses have a right to defend themselves when competitors put up negative reviews to undermine your business. You've got to go after that. Otherwise, the customer is always right. It's especially true in the time of social media. I got a watch, it broke. They wouldn't fix it. I said I was going to tweet about your service. They said they would fix it. I'm all for it.

Jonas Max Ferris : Maybe this is why I'm not that successful. I think the customer is not always right. There are a lot of cranks out there. If you run a bad business and customers are annoyed, you'll go out of business and that's great. A couple of cranks shouldn't be able to destroy your business. They have power and use it to shake down a business for refunds they don't deserve. I think it's an unfair balance of power with small businesses. I don't think its great all the restaurant reviews in the papers are out of business. All these clowns complaining portions aren't big enough or not salty enough, whatever. I don't think it's all good consumers can decree what's good.

Nomi Konst: If the real offenders are other companies or one offender doing multiple posts, i think the providers, yelp, Angie's List or Twitter. They are cracking down on trolls. This is a serious problem. What's the best way to lose customers? Suing your customers.

John Layfield - T'S ALL ABOUT ONLINE!