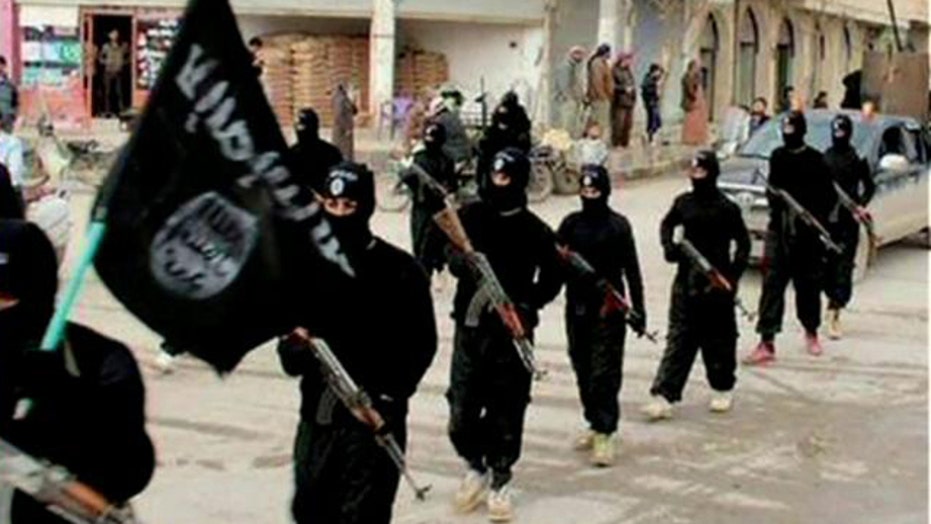 Reaction from Gen. Michael Hayden, former director of the NSA and CIA

This is a rush transcript from "The Kelly File," July 24, 2014. This copy may not be in its final form and may be updated.

MEGYN KELLY, HOST: Joining me now, General Michael Hayden. General, good to see you tonight. Thank you so much for being with us. And let's start with Russia where TIME magazine has a cover out today suggesting that we are now officially at Cold War II, do you agree?

GENERAL MICHAEL HAYDEN, RETIRED U.S. AIR FORCE, FOUR-STAR GENERAL: Well, that's a pretty dramatic statement but we're pretty close to that, Megyn. Look, we're looking for a lot of evidence with regard to last Thursday downing of that Malaysian jet liner. But as far as intelligence is concerned, we know what happened. The Russians created the circumstances by which that aircraft was down. And that's a legal and ethical matter. And that needs to be handled in its own right. But at the level of strategy, Megyn, at the level of geopolitics, it is unarguable that the Russian federation has decided to use its armed forces to overturn the post-cold war security architecture in Europe. That's a big deal.

HAYDEN: And it needs to be handled at the level of strategy and policy by the United States and Western Europe.

KELLY: What should the American president be doing about that? I mean, what can he do to call attention to it, to make the case for it?

HAYDEN: Well, look, the downing of the airliner itself is a big deal. The shelling is a big deal. But as you suggested in your build up to this, Megyn, there's an awful lot now going on being directed by the Russians against the Ukrainians. I don't think it can stand unanswered.

And I guess this is the real point as far as I'm concerned, Megyn. It's not just about the Ukraine now. It's about what Europe's going to look like for the next era. And we have got to in a variety of ways without being belligerent, without wanting war, we have got to make this more costly to Putin and the Russian federation. We have got to make -- take steps that make them think twice about the kinds of actions that they've been undertaking now for the last two weeks or so seemingly without cost.

KELLY: Well, the president put in place some sanctions and said if Russia continues to, you know, pursue this course that they will be further isolated. Is that enough?

HAYDEN: No, it's not enough. But it's a good thing. Don't get me wrong. These are not easily done. And frankly the Europeans are a bit of an anchor on our ship here as we're trying to be a bit more aggressive with regard to the Russians. These are not the punishing kinds of sanctions we've leveled on the Iranians. As serious as they might be, Megyn, I would call them sanctions demonstrations. It's kind of you see what we could do. Well, now I think it's time to start demonstrating more aggressively what we can do.

KELLY: Let's talk about ISIS and Iraq. And this hearing this week that suggested that the Iraqis have been asking us for drone strikes and calling attention to this group ISIS since a year ago, August of 2013, trying to alarm us as they have been alarmed to its threat. This is contrary to what the White House said when ISIS took over one-third of Iraq within the past few months, when it said it was caught by surprise. As the man who used to run the intelligence community, do you believe that claim that the White House was caught by surprise by ISIS?

HAYDEN: It's a mixed bag, Megyn. Let me try to decompose it a little bit. The fact that ISIS was growing, was becoming a more mature threat, was beginning to act a bit more like an army than a terrorist band, I think we've got pretty good information that that should have been clear to American intelligence. And I suspect American intelligence is telling that to our national leadership.

HAYDEN: It just left because of lack of confidence in its leadership. That might have been a surprise.

KELLY: But I'm zeroing in because in January of 2014 ISIS took over Fallujah and flew the black Al Qaeda flag over Fallujah where we sacrificed a lot of American blood and treasure. And the president gave an interview to The New Yorker saying that that group was Jayvee and just because a JV team puts on a Kobe Bryant Jersey doesn't make them Kobe Bryant.

But you ask me about the drone strikes. I can understand our reluctance to get involved quickly when the Iraqis do an about face and say, where did you Americans go, we kind of need you here now. Drone strikes require absolutely exquisite intelligence. You can't -- you just can't turn them on and off. I suspect the Iraqis were requesting it more or less like the shiny object that was going to solve their problems. So, I can see why we were reluctant to jump in right away.

KELLY: Fair enough. Let me ask you about Iraq though because you have talked about our policy there and talked about how the fact that you feel that there were some incredibly unwise decisions there. What are you referring to?

HAYDEN: Yes. Look, I think it's pretty clear now, Megyn, that zero was not the right number for the residual American force in Iraq. And I know the whole deal about the SOFA agreement and so on, frankly --

HAYDEN: Right. I don't think we try hard enough. And I don't think we tried at a high enough level in our government to get the agreement. And, look, I'm not pretending that eight, 9,000 Americans leftover goes out and defeats ISIS. What I'm saying is, ISIS is feeding off the fracturing of the Iraqi state and the failure of the Iraqi government to be inclusive. When we left the groups, Sunni, Shia, Kurd, all became very distrustful of one another. And they knew without the Americans there really bad things might happen. Now, look, maybe nobody was planning very bad things, but each of the groups -- none of the groups could trust the others.

HAYDEN: So they began to take actions that they thought were defensive. Everyone else thought was offensive. And we've actually seen the fracturing of the Iraqi state. That's fed the growth of ISIS.

Look, Megyn, the day after we left Nouri al-Maliki issued an arrest warrant for the Sunni vice president of Iraq --

KELLY: Right. Doesn't exactly lead to a coalition governing. Let me ask you this.

KELLY: You're a man who has served both democratic and republican presidents. And you had incredible positions in our government. I mean, you ran the CIA. Talk to me about leadership. This isn't necessarily about President Obama specifically. But America seems very much in need of strong leadership right now in these times as we possibly head into a second cold war with Russia, as we see our closest ally in the Middle East, Israel, in a war with Hamas. How does this time compare in your experience to the past 30 years and the crises that America has faced?

HAYDEN: Megyn, you said about America needs leadership. Frankly, I think it's better expressed that the world is now suffering from what they perceive to be is a lack of American leadership globally. I haven't experienced that in my professional life.

Now look, to be fair, Megyn, we're a country of limited resources. And part of this is trying to realign the definition of America's interests with the reality of American resources. I get that. But I think we may have overachieved in some areas. And our absence are coming late to the party has made many of these circumstances much worse than they would otherwise have been.

KELLY: What do you think -- again, this is somebody who's had such an amazing career, what do you make of our commander-in-chief with all the fund raising and so on? I mean, we've seen Democrats and Republicans come out this week and say, why is he doing that?

KELLY: General Michael Hayden, thank you so much for being here, sir.