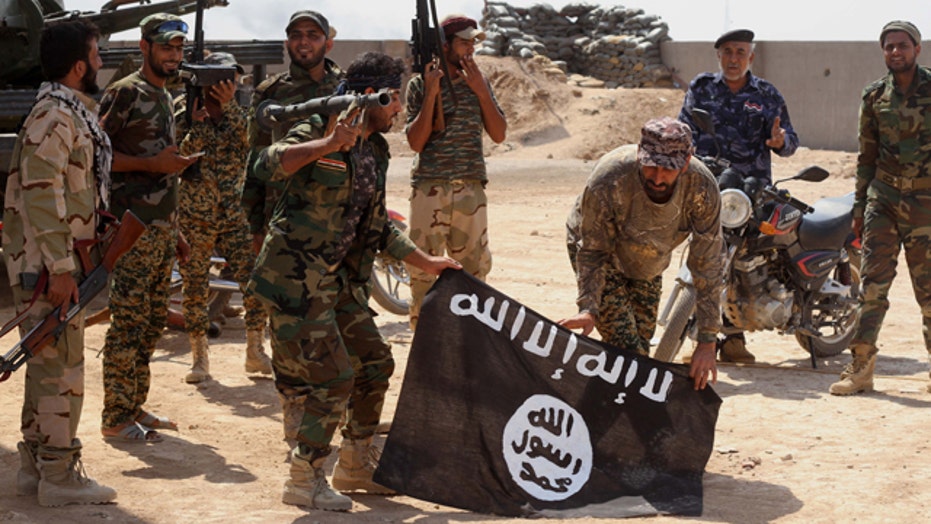 Should the US act against ISIS alone?

This is a rush transcript from "Hannity," September 2, 2014. This copy may not be in its final form and may be updated.

SEAN HANNITY, HOST: When it comes to destroying the ISIS terror network, Fox News contributor Charles Krauthammer says the U.S. will have to go it alone. Watch this.

CHARLES KRAUTHAMMER, FOX NEWS CONTRIBUTOR: The fight against ISIS is for our interests, it's not for Saudi Arabia. And the idea of inviting Iran into Iraq and into Saudi -- into Syria to fight against ISIS --isn't exactly a happy prospect, either. Iran simply leads another branch of Islamic radicalism that's soon going to be nuclear, and you don't want them in charge of Mesopotamia. The unfortunate fact is we're going to have to act on our own with whatever allies we can assemble for our own interests.

HANNITY: Here with reaction to that and more is former U.S. ambassador to Iraq,  Ryan Crocker is with us. Sir, welcome to the program. Thank you. Do you agree with Dr. Krauthammer?

RYAN CROCKER, FMR. U.S. AMBASSADOR TO IRAQ: In large part, I do.

CROCKER: I certainly agree it would be a terrible mistake to create the impression that we were coordinating with the Iranians and their radical Shia allies in the fight against ISIS inside of Iraq. That will simply drive the Sunnis completely out of the political picture, when we're working so hard to bring them back in to constitute a united Iraqi front against a common enemy.

HANNITY: ... this, Ambassador, because I think this is important.  Syria, the president drew a red line in the sand. They crossed the red line, he did nothing. We watched city after city -- you were there.  Americans shed their blood, their sweat. They gave their lives, 4,000 Americans, for cities that we now see ISIS has taken over once again.

Had we not won that war, and is the mistake that we didn't provide the intelligence and the training? The mistake politically that Obama pulled them out because he made a promise to? Is that why we find ourselves in this position today?

CROCKER: I think that's part of it, Sean. When we were unable to negotiate a follow-on security agreement in 2010 and pulled our forces out the following year, we also disengaged politically, by and large. There were no more senior visits by American Cabinet ministers to Iraq, that had been the pattern during the period I was there, 2007 and 2008. We just said, We're done.

And the hard truth is we're hard-wired into the Iraqi political system. It doesn't really work without us. We helped design it. They have had a long and horrible history under Saddam Hussein. They're zero-sum in their thinking, and they're not willing to compromise, but they'll compromise with us. We weren't playing that role, and this is what we got.

HANNITY: So 4,000 Americans that lost their lives -- if you're a parent, you lost your son or daughter. I mean, and you see that the cities that they fought and died in have now gone back onto ISIS -- how would you characterize that? Did they die for something worthwhile that we just gave back? I'd be -- if I was a parent, I'd be pretty pissed off that we didn't finish the job that my son or daughter gave their life to! I'd be angry.

HANNITY: But we did win the war!

CROCKER: We're not actually very good at finishing jobs. There's a famous saying attributed to the Taliban in Afghanistan, "You Americans may have the watches, but we've got the time."

The president has his vacations. The world is burning. He's in Martha's Vineyard while all this is happening in the Middle East, obviously, in Gaza. Then we got our own secretary of state -- he was kite- surfing in Nantucket on Labor Day. Good for him.

What is your take on their foreign policy, and the president saying they have no strategy to deal with ISIS, but yet they were given all this information for a year? That's my final question.

CROCKER: Well, ISIS is not a mystery. Its predecessors were something that we had to deal with when I was there back in '07 and '08, '09, called Al Qaeda in Iraq then. They wanted Mosul then. We denied it to them. They just kept at it.

So you know, you don't really need complex intel briefs to figure out the landscape there. They've been very consistent in what they've been trying to do, and now they're succeeding. Now it is time for us to stand up, as Charles Krauthammer says. We had better lead this. I think others will follow -- fall in behind us, but we had better get after this, and get after it now.

HANNITY: All right, Ambassador. Thank you. Appreciate it.