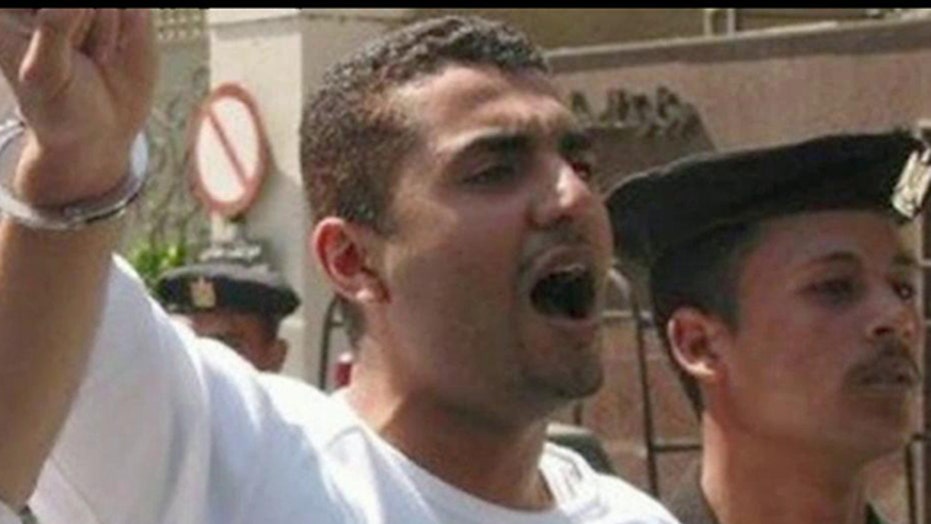 Inside the mind of a terrorist

This is a rush transcript from "The Kelly File," September 2, 2014. This copy may not be in its final form and may be updated.

MEGYN KELLY, HOST: Back now to this video, showing the beheading of a second American journalist, sent us a new message to America by the terrorists of ISIS. Where does their thinking come from, and how are we supposed to deal with it?

Maajid Nawaz is from a middle class English family, of Pakistani descent. He was recruited by an organization whose goal was to create a hard line Islamic caliphate. And by age 16, he was a ranking member. Eight years later, he was trying to advance the caused inside Egypt when he was rounded up in post 9/11 crackdown on Islamic extremists.

During the four years he spent in prison, he spoke with former extremists and fellow inmates and had a dramatic change of heart, finally returning to the U.K. a changed man.

He went on to found the world's first counter extremist think tank. He's addressed the U.S. Senate, been profiled on "60 Minutes" and his book was recently released in the United States.

Maajid Nawaz author of "Radical: My Journey Out Of Islamist Extremism," joined me earlier.

Maajid, thank you so much for being with us tonight. What an extraordinary story you have to tell, and I want to start with you on the news we had today about journalist Steven Sotloff being beheaded and the first reaction many over here in the United States and around the world had was, these people who are doing this are psychopaths. You say it's more complicated than that.

MAAJID NAWAZ, FORMER ISLAMIST EXTREMIST: Yes, I mean, there's absolutely no justification for what they've done, we must not only condemn ISIS tactical beheading innocent people, including journalists from across the world, and particularly in this case, Sotloff today, but we must go further than that. Because mere condemnation is not enough. We have to actively work to undermine not just them as an organization, but to undermine the ideology, the poisonous ideology that they are based upon, so there's no justification for that. However, I think that calling them psychopaths does kind of let them off too easily.

They bear 100 percent responsibility for their actions, they've subscribed to an ideological governor, that they're justifying their own minds, what they're doing, they think somehow that they are serving a higher noble cause, and it's that cause, it's that narrative, it's that ideological world view that we need to undermine, we need to actively work to undermine it on a civil society level so that it becomes as unattractive as unappealing as soviet communism has become today. And that's a long term task, a generation struggle that we have ahead of us. And it's what I dedicated the rest of my life to doing.

KELLY: I understand a lot of these jihadists are well educated and actually come from decent families. They may have been ostracized, they may have been felt on the oust of society, but when you look at a video like the one we saw today, you can't help but look at the killer and think. How could he possibly have come from anything resembling humanity?

NAWAZ: Yes. Of course we've seen this before, we saw it with Nazism in Nazi Germany and that phrase the banality of evil. When one subscribes to a group identity, to group think, and such atrocious behavior becomes normalized in that group context, one's own standards of what barbarity becomes to mean changed so drastically because that is the new normal. If the power of the -- all pervasive nature of this ideology that is justified in the name of my own religion, Islam. It's why it becomes so important, so crucial. Not just for all of society, but Muslims as part of society, to stand with everybody else and be vocal not just in the condemnation of these acts, but actually actively work to undermine the ideology that underpins them.

KELLY: Do you feel the Muslim community has been vocal enough in doing that?

NAWAZ: I think no one's been vocal enough. I mean, look, Muslims need to do more, but so frankly does President Obama. I mean, President Obama -- I can't believe that the president of the most powerful country in the world has said he had no strategy to deal with ISIS in Syria. So, Obama needs to do more.

Mainstream society needs to do more. One way in which mainstream society can do more, is to accept that this isn't a clash of civilizations between Islam and the western world. But in fact, it's an intra-religious struggle within Islam, it's a clash within the Islamic civilization.

KELLY: Do you feel that now you mentioned that President Obama admitting that we have no strategy. How is that taken do you think by this radical Islamist, do you think that that's -- they revel in that, they view us as less of a threat? What do you think?

NAWAZ: I think it's very significant for ISIS to be able to demonstrate lightning speed victories and the paralysis of the rest of the world when faced with that threat. It's significant for them, especially in theopolitical propaganda terms. Because a part of ISIS appeal, and how they've been able to eclipse Al Qaeda as the world's most dangerous and richest terrorist organization, is in claiming that God is on their side. Because if God wasn't on their side, they wouldn't have been able to come to power so quickly in the way that they did.

And so when they witnessed the paralysis of the superpower of American, the greatest, strongest country, is paralyzing facing ISIS, they're able to drawback to historic exams where during the time of the Prophet Mohammed, Rome and the Persian Empire were equally paralyzed in dealing with them.

So, in appealing to this vulnerable young Muslim minds, the speed of their conquest and the paralyzes of great powers around them is a wonderful propaganda coup. And their ability to control territory and to hold on to it, convinces these vulnerable young minds that indeed got this on their side. The one thing that will help convince them to the opposite is when we destroy ISIS, when we defeat ISIS, and that's what needs to be done both on an intellectual and civil society level as well as militarily.

KELLY: How about you? I mean, I look at somebody like you who was leading this radical Islamic extremist group for years and then you went to prison for four years and opposed 9/11 siege against radical Islam. And now you've come out, your family intervened, you spoke with these prisoners who convinced you that radicalism was not the way. Now you're running for the House of Commons as a liberal Democrat in England where you're from and as your third generation. How can we turn more extremists the way you were turned?

NAWAZ: As you mentioned, I was a political prisoner during the war on terror decade, five years in Egypt as a member of a radical Islamist organization, I'm now a parliamentary candidate for the liberal Democrats. People can change, they can turn, they can move towards more positive ways of interacting with society and we need to be able to replicate such examples and popularize them where they are heard.

KELLY: Maajid Nawaz, thank you very much for sharing your story with us and your thoughts. We appreciate it.

NAWAZ: Thank you. A pleasure.