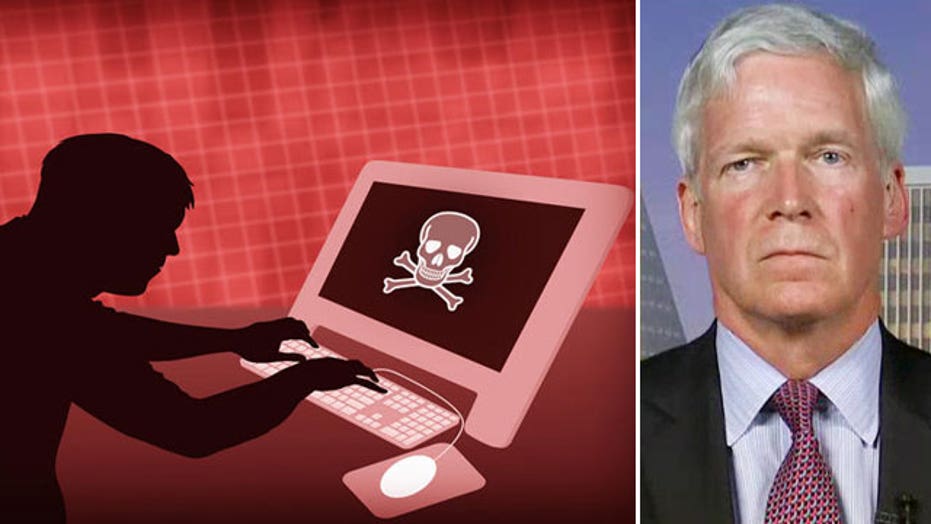 This is a rush transcript from "Your World," May 27, 2015. This copy may not be in its final form and may be updated.

NEIL CAVUTO, HOST: All right. To another IRS mess, lawmakers demanding answers today after the tax agency admits that 100,000 Americans, well, they had their personal tax information stolen.

That's more information than any hacker can get from a credit card. And that is why former IRS Commissioner, Republican presidential candidate Mark Everson says this could be much more dangerous and egregious.

It's always good to have you, Mark. What do you make of this and what happened and why we found out as relatively late as we did?

MARK EVERSON, FORMER INTERNAL REVENUE SERVICE COMMISSIONER: Well, Neil, it is very disturbing. Obviously, as you indicate, people can get a lot of information from the IRS.   Let's understand first what it isn't. It isn't somebody like a Snowden rummaging around in different systems getting -- manipulating the systems, if you will, and then pulling stuff out. What happened here is very sophisticated criminal rings. Maybe they took data from a Target grab or from Home Depot. But they took this information and then they applied as if they were taxpayers seeking information on prior year tax returns.

And because the bad guys had a lot of information, the IRS responded. So, obviously, they didn't have the proper controls. The IRS, maybe this system wasn't dealt with, with the same protocols as some of the others,, but that's bad enough. But there are two things on top of the IRS getting its act together that I would suggest that can fix this, Neil, if you will.

EVERSON: The first is Congress should immediately act to reorder filing requirements.

Right now, you can -- you get your wage data from Fox by the end of January and you file your return. But the business doesn't send the same data into the IRS until later. So, when somebody steals your identity, files a false return, they can't match it. So, Congress should move immediately to change the way it sequences reporting information and that way, that will tighten up a lot of what the bad guys are really after, which is getting money in false refunds.

The other point, and you and I have talked about this before in conjunction with what I am proposing in the campaign, we should go to the competitive tax plan. If we put in a consumption tax, think about it, we can take 150 million Americans off the income tax rolls.

CAVUTO: Yes, but would it ever get rid of the IRS? As a guy who used to run it, do you think we will ever get to that point or no?

CAVUTO: By the way, a producer told me to say that nasty comment about the IRS. I don't think that's advisable.

EVERSON: I know you love them.

EVERSON: You love them, Neil. I know you do. I know.

CAVUTO: There has got to be something wrong. The IRS can't keep track of it. It was not that long ago that it was targeting conservative groups.  And I'm just wondering if it's just too unwieldy, too massive and just a hackers' delight now just because of that.

EVERSON: There's some of that. And they have to get their priorities right, so that job one has to be protecting the taxpayer information. That clearly needs to be doubled down on.

Orrin Hatch said as much yesterday.

EVERSON: It is unacceptable that this kind of problem happens.  Absolutely. But Congress can do some things that will make the IRS much less attractive to go to by the bad guys. That's what I'm saying.

CAVUTO: Mark, are you still feeling like Rodney Dangerfield in this group?  You have really impeccable credentials.

I'm not blowing you smoke, but in a stream of candidates who -- some have very limited background, although you have a long, tested background. You know what you're doing, you know the figures, you know where a lot of the financial bodies are buried, but you don't show up in those polls at all.  You are going to likely get passed over for that first debate and all.  What does it take to get on the notice meter?

EVERSON: Well, I think it's starting to happen, Neil.

We were in Oklahoma City on Friday/Saturday. And they did a straw poll there at the Southern Republican Leadership Conference. I actually beat out Lindsey Graham and Kasich and Jim Gilmore. OK, 14 out of 17, but that's progress. I'm a marathon runner. You have got to run the marathon and go the whole distance, Neil.

Now, I would say this. Talk to your colleagues at Fox. I think they have blundered and blundered badly here, because what they have really done is they have instead of the first contest being in January or February, when people from Iowa go forward, they have moved it forward six months. The media is taking the call. I was with Ben Carson talking about it on Saturday and he said maybe they ought to have two groups of eight drawn at random and pair people up.

There are a lot of things you can do that would recognize there are folks like me -- and you have been very kind to say the things you have, but who have something to offer.

EVERSON: Right now, they're just anointing a group of well-known people.  And Fox is at the top of the list that is doing that.

CAVUTO: All right. You have just made your final Fox appearance.