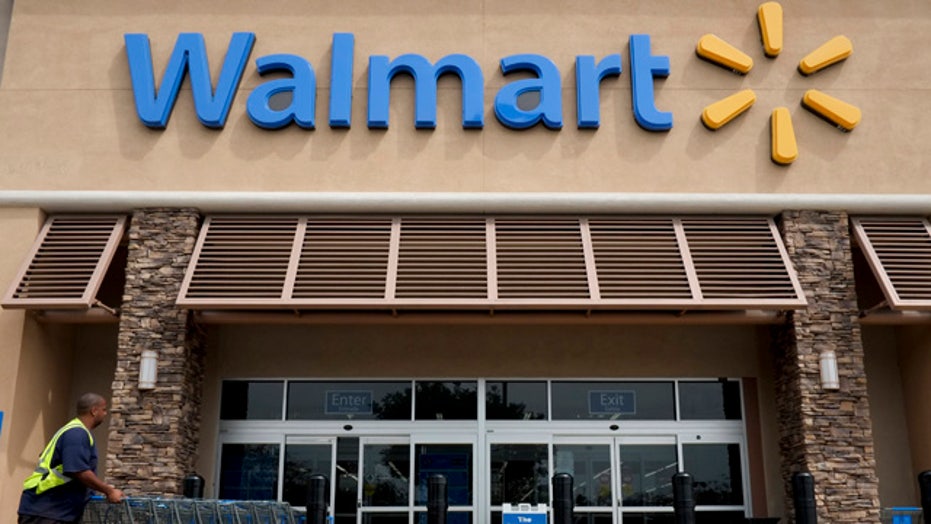 JONATHAN HOENIG: You really saw the depravity of welfare in this video. A mob looting producers: that's exactly what welfare is; it's taking from one group and giving it to another. So it's not surprising that the recipients, the so-called "beneficiaries" of these programs take on a looter mentality-seeking to gain values that aren't theirs. The problem, in my opinion, isn't to reign in the $850M in food stamp fraud a year, but to end welfare and all these programs. Not to fix them, but to do away with this notion that someone else's need is a claim on your life.

JUAN WILLIAMS: There should be no fraud, but that's not the point here; the point is you guys beating up on the poor one more time. This just goes on and on. The reality is-I hear Jonathan talk about depraved people-how about these are deprived people? They have nothing, they see an opportunity, and it's like a poor, hungry man trying to feed his family. And you're going to sit here and say they're bad people. I just think these are people who saw an opportunity to do something for themselves, but ultimately it was wrong. They didn't steal a dime.

MICHELLE FIELDS: We ought to be promoting policies that spur economic growth. What food stamps do-they don't spur economic growth. They just make people feel more comfortable living in poverty, when really we should be making policies that lift people out of poverty. We have $800M in 2012 in fraud in this program, and $2.2B in wrongful payments. We shouldn't be promoting this. We should be scaling back this policy. What bothers me with the Louisiana government with the way they responded to this story is they didn't go after the people who knowingly abused the system-they're going after Walmart. I mean these people should be suspended. They should have to pay back the money that they used, that they knew they didn't have.

WAYNE ROGERS: The press doesn't tell you the numbers. The people don't understand the numbers. Food stamp fraud, by the way, was $1.7B. The temporary assistance to needy families was $1.7B. This is fraud we're talking about here. Student lunches: $1.4B in fraud. The Food Stamp program has gone from 2000 when it was $17B to today, where it is $78B. You've got all these people on the government payroll. So the point is that they're not going to change it. The feds aren't going to change it because they have a vested interest in it. Nobody cares, and the public doesn't care.

MICHELLE FIELDS: This is really concerning, and I think what's also really concerning are the ObamaCare navigators, which we are not hearing very much about. These people are going to have access to sensitive personal financial information, and yet we just found out that one ObamaCare navigator, Roslyn Wells, has a warrant out for her arrest. And according to the House Oversight Committee, there's actually no procedure for vetting these ObamaCare navigators. There are no background checks, there's no nothing. So this is making the American people vulnerable to identity theft, or fraud. Now we know that with ObamaCare you have no privacy.

JUAN WILLIAMS: I think it's outrageous. It makes you wonder if the NSA is running this program. The problem here, though, is to be very specific about the qualification data. How you qualify so that they can verify that you are eligible for the program. It's not necessarily about your medical data, which goes to your doctors.

JONATHAN HOENIG: The problem here isn't the website. The problem here is the notion of government health care. I mean why did Patrick Henry say "give me liberty or give me death," and not say "give me health care or give me death"? He knew that liberty is what's required to prosper-not free stuff from government, which always comes with strings attached, including this case which is a complete loss of medical privacy. I think it's pretty ironic that the President, who railed against all that fine print in mortgage disclosures back in 2008 and 2009, now conveniently puts in all the tiny type on the website that you have no expectation of privacy when it comes to your health records, your medical records-seven government agencies sharing this information.

WAYNE ROGERS: I don't know why you all are so surprised. In everything that the government does they are coercive. They put things in there. People don't even read these acts. This was not read by the Congress that passed it. They don't have any idea what's in there. They don't know and they don't care. We have elected people that don't care about the people they were elected by, and they'd put anything in there they want to to coerce you to do something. We have a fascist government, and it's being run by fascists.

REPORTER ASKS "WHAT'S THE COOLEST THING ABOUT BEING PRESIDENT?"

MICHELLE FIELDS: If I had the opportunity to interview the President, do you know what I would do? I would get out my laptop, I would go to Healthcare.gov, and I would tell the President "Mr. President, if you love ObamaCare so much, I want you-on camera-to sign up for ObamaCare, and to sign up your entire family for ObamaCare." That's what someone needs to ask him to do.

WAYNE ROGERS: The media has done a horrible job. First of all, they've been biased. The Republicans, by the way, have been total idiots about this. If Harry Reid and the President say, for example, "I'm not going to compromise" why is the other side wrong? If they're saying "I'm not going to compromise" why are they not wrong? The media has done just a terrible job. Anybody can be a person who stands in the way and says "I'm not going to do anything, therefore you must be wrong." I mean it's nuts. Michelle is right. Why isn't the Congress responsible? Why aren't they signed up under this? Why are they being subsidized? Why isn't the president being subsidized?

JONATHAN HOENIG: Unfortunately, today's media reflects today's culture, which is altruist, which is self-sacrificial, and totally unable to think in principles. In fact, they're scared, because anyone who opposes Obama is branded a racist or extremist. We need some extremists, especially in the media right now. I'm with Barry Goldwater on this one: extremism in the defense of liberty is no vice.

JUAN WILLIAMS: Media's job is to be adversarial. I don't think there's any question about that. But you guys are ignoring the fact that there is a strong conservative media that does nothing but beat the living daylights out of Obama and every other Democrat. And of course you ignore the fact that the American people aren't stupid, and what you see is the American people say "hey, look-these Republicans are obstructionists that say ‘no, no, no, block, block, block, and they put people down." I'm glad to hear that it's not good to be racist in the midst of this.