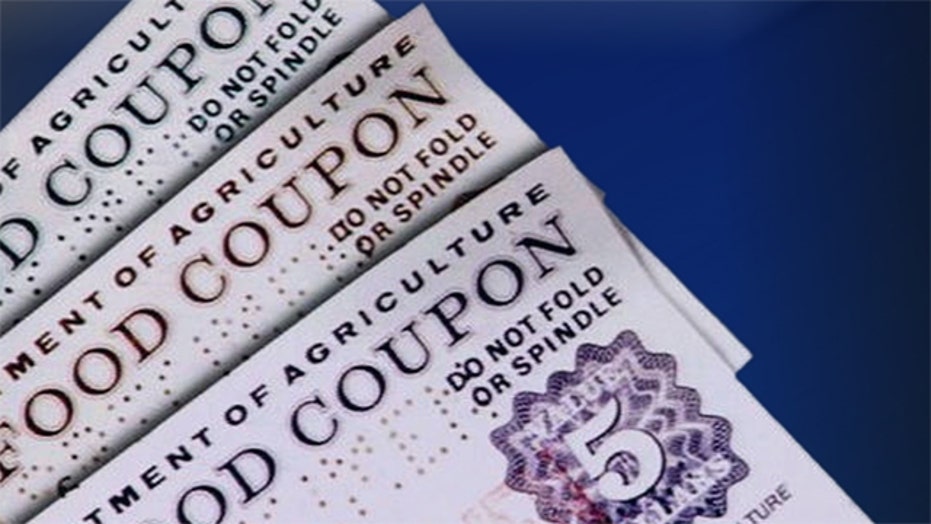 MICHELLE FIELDS: What he's doing to taxpayers is wrong, but we shouldn't be vilifying him. We should be vilifying the system. He thinks what he's doing is right because the government has now made living off welfare a lifestyle choice. Let's be honest, surfer dude is Nancy Pelosi's ideal, model citizen. He doesn't have to suffer from job lock. He gets to chill on the beach trying to become a musician. He eats healthy, which of course Michelle Obama would approve of. And it's all paid for by taxpayer dollars. It's crazy!

JONATHAN HOENIG: Entitlements create the entitlement mentality. They create the parasitism--- surfer dude is really a victim in all this-it creates the parasitism that he is suffering from. The answer isn't to rein in entitlements, or get the waste, fraud and abuse out of entitlements, but to eliminate the entitlements. And it comes back to this fundamental "who owns your life?" Not surfer dude, not the public, not the government. In a free society you get to decide who is deserving of your money. There's no right to consume other people's life. If you want to help someone in need, people are very charitable. Surfer dude is not in need, and he should not be getting a dime of taxpayer money.

JUAN WILLIAMS: As long as the food meets the requirements, look he's obeying the law. But the problem with this whole conversation is that he's not representative of people on food stamps. That guy is an extreme example of someone who is playing this system. It is legal. What he's doing is within the law, but he's playing the system because he looks to me to be a healthy, capable guy. I agree with others who say "you know what? Why is that guy now working?" If he wants to learn how to play music, do it in his free time.

KATIE PAVLICH: The argument that we've been in a recession for five years is getting a little bit old when it comes to people still being on these entitlements programs. If Juan is going to argue that this guy isn't the example of people abusing the system and that most people are using the system properly, then why is it that when Republicans and Conservatives try to cut 1 percent out of the Food Stamp budget in order to get waste, fraud, and abuse. They throw a fit and say that we simply want o starve people. It's really important to keep in mind that this abuse does go on, there are multiple instances of it, and we try to clean it up and yet the government is set in a way that entitles these people to continue...

JONATHAN HOENIG: Do restaurants want to piss of their customers, Eric. In a free market they compete for lower prices, they want to attract customers. But of course Obama wants nothing to do with the free market, and that's why 2/3 of small businesses are reporting that they're costs already are going to go up under ObamaCare. One of the restaurants profiled has 500 employees. It's going to cost them another half million dollars, not to mention full-time staff just to comply with ObamaCare's regulations. Half a million dollars could have been a whole new restaurant-how many numbers of jobs. So Harry Reid talks about all these horror stories being untrue. Senator, open the paper and stop avoiding reality. ObamaCare is pushing costs up for everyone.

KATIE PAVLICH: It drives the cost of everything up, and more particularly, I'm wondering where the tourist industry is when it comes to protesting ObamaCare, because when people are paying $1,000 more for their premium every month, they're not going to have money to go on that vacation or go to those restaurants to eat out. When it comes to the surcharge being right on the receipt and liberals saying it's a political ploy. They're just upset that liberals are holding them accountable and showing the customers "this isn't us that's raising the prices, this is the government and this is what ObamaCare is. It's not just about your health care, it's impacting every aspect of your life." You can't even go to dinner now without ObamaCare being in your face and making your costs go up.

JUAN WILLIAMS: This is so ridiculous. The fact is ObamaCare is cutting the rate of growth of costs of health care in this country, and if you look at everything from the cars you buy to the airplanes you get on, everything has the cost of health care built in, and it's in our national interest to get that cost curve heading south.

MICHELLE FIELDS: I think, like Katie said, they want to hold the government accountable. They said that they were lied to by the President. They want to show Americans why this is so damaging and why it's costly. Obama promised that small businesses would save money, that they would save $3,000 per employee. Now we know that 2/3 of businesses, that's 10 million workers are going to see their premiums go up. and do you know where that report came from, Juan? That came from your buddy, Obama's White House. They're the ones that came out with that report. So you saying this is ridiculous, you don't know what we're talking about-this is from Obama.

MICHELLE FIELDS: These are the people who are supposed to be holding this President accountable, and they're not. Instead they're kissing up to him. If Barbara Walters had actually done her job and looked into the damaging policies of this administration, we wouldn't have had ObamaCare, we wouldn't have had these disastrous policies. I think that they are partially to blame for all of this.

KATIE PAVLICH: "The View" we know is more like a talk show. I don't know how we'd consider them serious journalists, but the problem is when you do have a mainstream press that doesn't hold the government accountable, then we see government corruption going unchecked, which ultimately sets a precedent for both Republican and Democratic administrations down the road to continue that bad behavior. So I think it does have a negative long-term effect on our policies and the way that taxpayers have to pay for policies that are bad.

JUAN WILLIAMS: First of all, Vice President Biden is very popular with the American people. This is not just Barbara Walters of the view pumping him up. That guy is a very popular American leader.