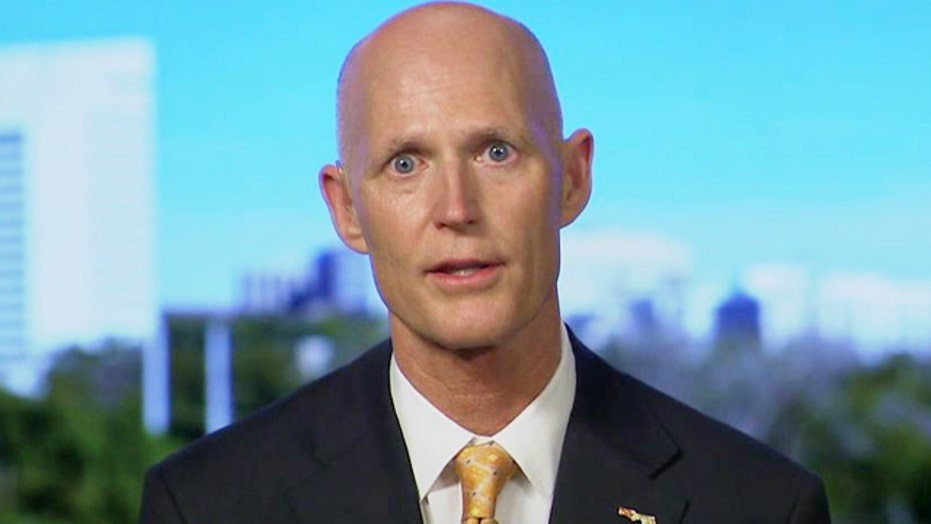 Governor of Florida weighs in

This is a rush transcript from "Your World," April 14, 2015. This copy may not be in its final form and may be updated.

NEIL CAVUTO, HOST: Two big names, one big state. Who is a Florida governor to choose?

Governor, it's good to have you back with us.

CAVUTO: Where do you stand on this whole thing?

The most important thing we can do is turn around the economy, do the things we have done here, cut taxes, reduce regulation. So I hope you will come down for that, but this is going to be an exciting race. It's going to be about jobs, jobs, jobs.

CAVUTO: Where is it going to be, Governor?

SCOTT: It's going to be June 2. We're doing it at Disney World. We have got Governor Perry, Governor Jindal.

You can learn -- we're going to listen to each of the candidates talk about how they're going to turn our economy around. So, Jeb Bush will be there, Marco Rubio, Chris Christie, Scott Walker. It's going to be an exciting day, Rick Perry, Bobby Jindal. Hope you will -- hope you come down.

CAVUTO: No, it's an impressive cast of characters.

And you have seen under your stewardship an impressive turnaround. I think Democrats and Republicans would agree the job comeback and everything is -- well, it's one of the reasons that you got reelected.

But I do want to talk about the environment right there, how Floridians feel. They're already polled and saying they're feeling a lot better about their state, their fortune, real estate, the whole nine yards.

Do they show any preference for -- in the presidential race for Jeb Bush or Marco Rubio? All the polls I see, Governor, show that Jeb Bush commands better numbers. Right now, he does. What do you think of that?

I think Senator Marco Rubio was a very good speaker of the House, has been a very good senator. There's been a lot of good Republicans. And you're right. Our state has turned around. We have added 807,000 jobs. So, people are very optimistic. Home prices are up. We're down to about 80,000 people on unemployment, 290,000 job openings.

So, in this state, people are very optimistic about the future.

CAVUTO: All right, now, you pulled out a win. And many said it was a race for a while that was too close to call. It's a state Republicans really need the win if they want to take back the White House.

They just came up short with Mitt Romney in the last go-round. How do you see it in the next election?

SCOTT: Well, I'm sure that the Republican candidate will win for this region. We're not going to have four more years of Barack Obama's policies. We can't afford it.

We can't afford to have a Democrat president that doesn't care about the economy, that is putting our national security at risk by doing things like today trying to legitimize the Castro brothers, who absolutely believe in violence and suppression, rather than democracy and freedom.

So, I think, whether it's talking about the economy or talking about foreign policy, the Republican candidate will win. And you're right. Florida's going to be important, and the Republican will clearly win this state. I won because I focused on what was the most important to Floridians. The economy. Jobs, jobs, jobs.

CAVUTO: All right, Governor Scott, it's always good seeing you. Thank you very, very, very much.