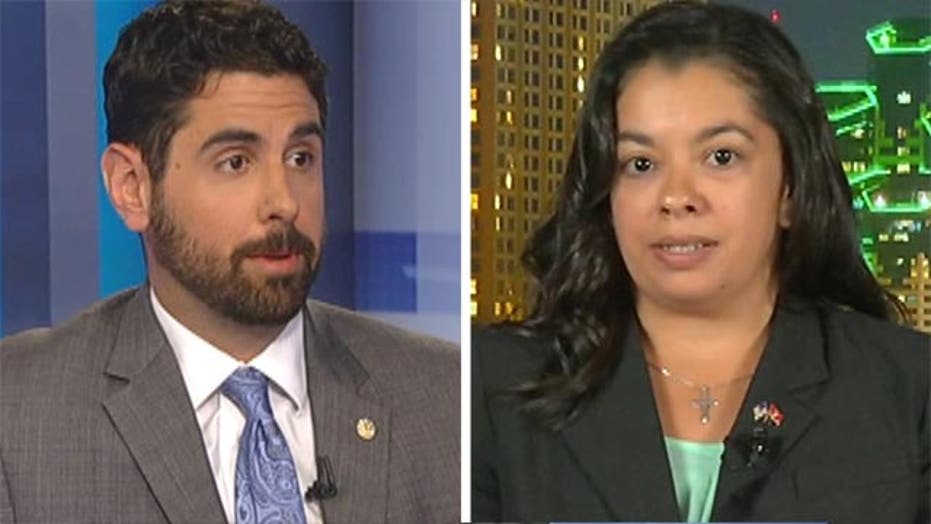 Fellow Marines: What Amir has endured is unbelievable

'Marine Held in Iran': Two friends who served with Marine imprisoned in Iran are amazed at his resolve and vow they will never leave one of their own behind

This is a rush transcript from "On the Record," April 17, 2015. This copy may not be in its final form and may be updated.

Nick, first to you, you hear the family report how he's trying to reassure them and yet he is the one who is getting tortured.

NICK KAYWORK, U.S. MARINE AND FRIEND OF AMIR HEKMATI: Amir is an amazing person and the strength that he has shown throughout this captivity in Iran is astounding. He worries for his families. He worries for his friends worried about him. And all the while he is undergoing this outrageous torture. And it's just -- it's overwhelming to think that this United States Marine, this United States citizen is being held hostage in Iran and is being tortured the way he is.

VAN SUSTEREN: Yusra, when did you first meet Amir ? Under what conditions? Where were you?

YUSRA KAUPPILA, U.S. MARINE AND FRIEND OF AMIR HEKMATI: I first met Amir Hekmati in 2002 when I arrived at Defense Language Institute to go through the Russian program at DLI.

KAUPPILA: I always found Amir to be an extremely respectful Marine. He was quick to joke and always had people around him laughing. But when it came time to, you know, do what he needed to do and be down to business, he could be very serious in getting things accomplished. He was very well liked by anyone that knew him.

VAN SUSTEREN: And Nick, do you agree?

KAYWORK: Oh, absolutely. Amir is a -- he was somebody who was respected, not just liked and I agree with you as for that he was a kind soul, he is a kind soul and just that idea that you could go to him with anything, especially when it came to just knowledge that he has about the world that brought that different perspective to us. Amir was a great person to turn to for that and great friend.

VAN SUSTEREN: Yes, Yusra, I've listened to a number of marines talk about him and, you know, I imagine it's sort of tough for his friends and fellow marines. For you, what's it like for you to know he that Amir is sitting over there in that prison, first sentenced to hanging and now to 10 years but, you know, he is still not home?

KAUPPILA: Knowing that Amir Hekmati has spent the past 1327 days detained in Iran is upsetting for me. Not just because I know him personally from our time in the Marine Corps but just the lack of humanity that he is being shown while in prison there is upsetting. He deserves to be treated humanely for starters. And more than that he deserves to be reunited back home with his family and his loved ones.

VAN SUSTEREN: You mentioned that he is an American citizen but there is something special about being a Marine, too.

VAN SUSTEREN: I mean, The Marines are speaking up.

KAYWORK: We are cut from a different cloth, Greta. And Yusra, I think you will agree with me that Amir and what he's going through is, it's astounding to anybody that goes through it. He is drawing upon the strength of being a United States Marine but honestly he's well exceeding any expectation that any of us had being a United States Marine. The strength he has shown, the resolve he has shown. We all believe that we don't leave any marine behind and that's why we're speaking up as we don't leave marines behind.

VAN SUSTEREN: Thank you both. And of course as I said always, thank you for your service and basically protected the rest of us including me. Thank you.