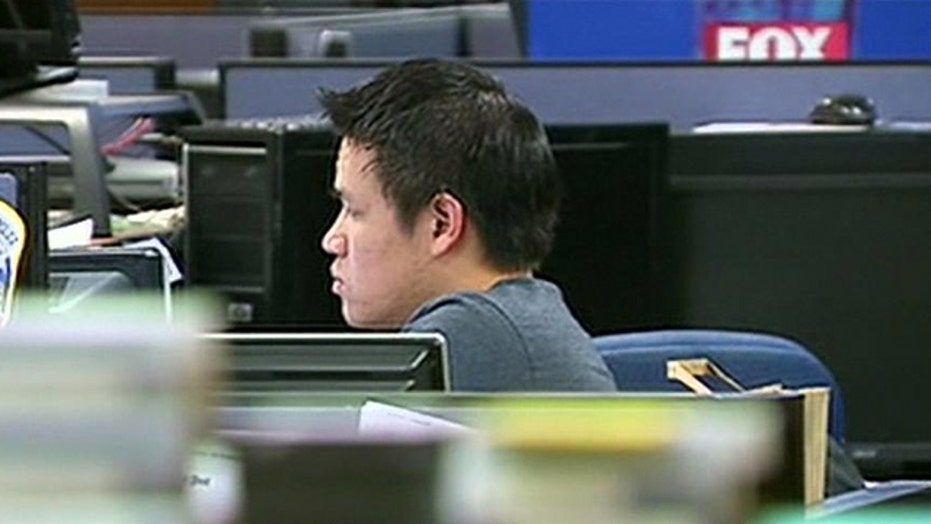 This is a rush transcript from "The Kelly File," February 19, 2014. This copy may not be in its final form and may be updated.

MEGYN KELLY, HOST: Developing tonight, angry reaction is building from a variety of groups over what is said to be a new plan from the Obama administration to monitor America's newsrooms. And not in a way that you monitor it from home on the couch, a much more invasive way. And Shannon Bream reports from Washington -- Shannon.

SHANNON BREAM, FOX NEWS CORRESPONDENT: Well, Megyn, the Federal Communications Commission or FCC, wants to send investigators into televisions and radio stations to ask questions like this -- "What is the news philosophy of this station? Who decides which stories are covered?"

Well, the stated purpose of what is being called the multi-market study of critical information needs is to determine how media outlets make editorial decisions and how much time they're spending on several key topics the FCC is concerned about, like the environment.

News of this proposed project so unnerved a group of House Republicans that they sent FCC Chairman Tom Wheeler a letter saying the proposal shows a quote, "Startling disregard for the bedrock constitutional principles that prevent government intrusion into the press," adding, "The Commission has no business probing the news media's editorial judgment and expertise."

Attorney Jay Sekulow, who represents dozens of conservatives targeted by the IRS, says he sees a disturbing pattern.

JAY SEKULOW, AMERICAN CENTER FOR LAW AND JUSTICE: It is very reminiscent of the kind of questions that were asked of my clients in the IRS matter that is currently in federal court. Same kind of questioning process of content, determination on point of view. And I think this government, this administration, is bent on aiming and targeting those they don't like, and this is another way to do it. This time it is the FCC.

BREAM: The study was conceived under the previous head of the FCC. There are reports the current chairman is considering tweaking it. Megyn.

KATIE PAVLICH, TOWNHALL.COM NEWS EDITOR: You know what, Megyn? I don't understand, you know, why the Obama administration has not understood this idea that when the Department of Justice monitored the phone line of journalists and their parents, by the way, that was not enough to them. Now they want to send investigators into newsrooms all over the country whether it is broadcast or prints. They have no business sending those people into our newsrooms. How we gather news is none of the government's business. And this is not about the FCC getting people the information that they, quote, "need" as they claim. This is about controlling what people say and this is about intimidating the news through the, you know --

KELLY: What kind of crazy talk is that?

PAVLICH: -- whatever they call the navigators.

KELLY: What kind of crazy talk is this? I mean, they're saying oh, and now we're going to take a second look at it. Whose brain child was this in the first place? And it gives you a window, does it not, Katie, into the window that they're thinking.

PAVLICH: Oh, absolutely, and I just think it is such an asinine concept that the government, government bureaucrats are now going to be appointed to come in and monitor, you know, professional editors, reporters, and decide the best way for them to gather news as if they don't know what they're doing. And then to try and shift the focus from certain stories to others, I mean, why is it that we need someone like that to come in at the picture?

KELLY: Yes, let me guess. We've heard enough about ObamaCare, we can move on from that story now. I mean, how would it actually work? Somebody is going to sit there, you know, in our news meeting and tell me and my executive producer that you should not lead with that. "This story over here at how, you know, we think we're doing so great, that is what the people need to hear."

PAVLICH: You know, Megyn, you are just not covering what the people need. Right? But, you know, on another point here it is really important to point out that we live in an era, the year is 2014, where we have more access to information than we've ever had in the history of mankind. And now the government is coming in through this, you know, so-called regulation in wanting to say that they need to cater to the needs of people who are maybe being under-served by the news? We have more news outlets in this country and in the world than we've ever had, serving many different kinds of communities, many different kinds of people, many different kinds of, you know, exactly outlets.

PAVLICH: You know, catering to different, you know, whatever. Anything you want to know about any kind of news is out there. So it is, you know, none of their business to even inquire about how news editors and reporters gather the news stories and decide on what they're reporting inside their newsrooms.

KELLY: Katie, good to see you, let's hope it's true that they are reconsidering and it wouldn't happen.

PAVLICH: Good to see you, too.