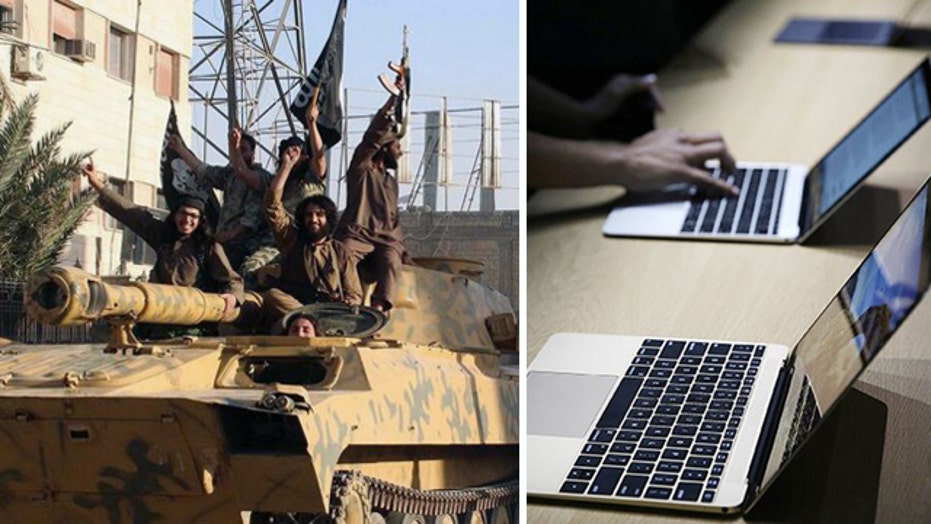 Jonas Max Ferris: No one is better than social media companies and broadly speaking tech companies figuring out what we know and what we're going to do. They populate my calendar with where I’m going next week. They're, like, you know this person? The government took a lot of data dumps when they -- they don't know how to put these things together. They just have some teenagers that kind of don't like America and are posting stuff. I bet if you put google to the job, they could find who is a potential terrorist in just a few days of going through the data and the connections. We have to listen to people. They put all the talent because that's where the money is. They don't work at the CIA. They work at Google and Facebook where are they work at twitter.

Gary B. Smith: Isn't there business to make money? Google or Facebook or whatever is supposed to just allocate, you know, a couple of hundred people to doing the government's work somehow all without pay, all without contributing to the bottom line, but the other thing is it actually would be almost impossible to do. Let me give you an example. Facebook has every day one billion -- billion -- messages a day. Even if someone wrote the most sophisticated algorithm out there that caught 99.9 percent of the terrorists, they would. As Jonas said, had they would identify all the terrorists. Also, one million people a day as false positive. Who is going to go through this date? Yeah, we have the terrorists and you other million people. When i was on the black list for the TSA and they didn't let any Gary Smiths in the country on the plane without all sorts of documentation. That's the thing you would go through.

Jehmu Greene: These are companies that know that you are pregnant before you even know it. If you look at how companies have stepped up when our country has been threatened in the past, World War II, for example, this is an opportunity for them to do that again. I'm a little taken aback by the FBI satisfying that there's nothing that can be done to look at these encrypted messages. That's not the type of message we should be having from the government. That is their number one responsibility. Clearly, the places that know how to designate through this information in the best way possible, that's in corporate America. That's these technology companies. They're doing it already to sell their goods. They should hem us protect them.

John Layfield: I think they could do more. Yes. I got a death threat a few months ago. I don't think it was serious. I reported it to twitter to see what would happen. They sent me an e-mail back saying this was outside their policy. I sent them another e-mail. They said if you feel threatened, report it. I sent another one and said i am reporting it. I don't think they're doing very much at all. I don't think it's their responsibility either. I think it is the government's responsibility. I'm not sure the government can do it. It's a moot point. I agree with you. It is bad. This software that encrypts the deep web, the government involved it so it can't get into it. The government cannot break this encryption. We have a dilemma here, and i think people other than the social media companies who are in this world to make money

Lisa Boothe: I think they have a moral obligation to find ISIS on-line. The fact is that ISIS has proven to be incredibly adept at recruiting individuals from over 100 different nations through propaganda and using the visual platforms as a way to get these messages across and even reaching this young 17-year-old from northern Virginia. However, this is the government's role. This is government's role to stop ISIS.

Gary B. Smith: This is the one time I fully support president Obama. It's baffling on so many fronts. I'll tackle the economic one with just a small little story. Free
trade goes back to the time of the cave man. You have the Smith Caveman Company, and you have the -- the Smith Caveman Company is good at hunting and fishing. We're horrible. The Layfield Company, they're good at guarding that stuff. We make an agreement. John goes out and allows it so to specialize and make more clothing. That’s how unemployment goes down, employment goes up. We've seen it after in as war and every other major trade agreement. It helps lower unemployment.

John Layfield: Look, we don't do that. Presidents in her second term have not gotten anything done. Reagan. That's the anomaly. For the most part people are starting to run for re-election. President Obama has had his back turned on here. This is not surprising, i don't believe. You're going to see everybody running against him. Democrats and Republicans. This is very bad for the economy. We have been so long without good leadership. The Congress and the president, by the way. We need reform and immigration reform and national energy plan. That's not going to happen because we're already in a new presidential election cycle.

Jehmu Greene: I'm not sure how much political capital he spent. Sort of Johnny come lately with his lobbying. I look at this, though, as just a temporary situation. The battle has not yet -- the battle was won about laborers. They're celebrating. They don't have a long-term vision for how this actually doesn't get passed. I think this is just another ridiculous type of situation you see in congress, and eventually they're going to get it passed. It means that jeans will be less expensive. I think that other issues that don't get into this conversation a lot for democrats and labor unions is that we look at trade policies and they actually help people who are making less than $2 a day in places around the world that desperately need that type of development. I want us as a movement, progressives, to really embrace that because it's something that's necessary in the world

Jonas Max Ferris: I think they're done with that. I believe it's to help people get jobs from the free trade. It was a pro free trade thing. It's like having -- this is they had a proposal of lower taxes. Free trade is good for the country.

Lisa Booth: Trade is important to the United States economy. It supports 38 million jobs here in the United States. It saves families $13,000 per year, and the reality is we're dealing with a global economy. The problem with what happened with this legislation was a trade promotion authority that was supported by a lot of republicans which has been used by presidents for 80 years that moved in with SFW called TAA, which is basically a wasteful liberal government handout.

Lisa Boothe: Well, yeah, absolutely. They're going to get squeezed. You know, here's the thing. These costs to consumers are nothing compared to what would happen if president Obama has his way with regulating airline emissions. Luggage manufacturers love this.

John Layfield: They haven't made money since the days of the wright brothers? Why? Because of government intrusion. I don't care if if they make money. Just 2,000. I don't like it when i walk into the Starbucks and they have raised the price on a tall double mocha. It's like the government toss to come in and say, look, you crossed the line. You can't charge that much for a cup of coffee. If airlines charge too much, you take a bus. If the bus is inconvenient, someone else will come up with some other form of transportation. We would all be on the horse and buggy in his world.

Jehmu Greene: Well, I travelled with cowboy boots, and it's going to be really hard to fit them into a smaller suitcase, but, yes, this is going to benefit luggage manufacturers. It's going to benefit people who have stores. People will start shopping instead of packing their clothes. This is i think just crossing the line. We at some point need to be protected against just airlines being able to raise prices and decrease our luggage capacity. How am i supposed to survive?

Gary B. Smith: They haven't made money since the days of the wright brothers? Why? Because of government intrusion. I don't care if they make money. Just 2,000. I don't like it when i walk into the Starbucks and they have raised the price on a tall double mocha. It's like the government toss to come in and say, look, you crossed the line. You can't charge that much for a cup of coffee. If airlines charge too much, you take a bus. If the bus is inconvenient, someone else will come up with some other form of transportation. We would all be on the horse and buggy in his world.

Gary B. Smith: There's no such thing as "cheap gourmet." (KR) chows down on 30 percent gains in 1 year