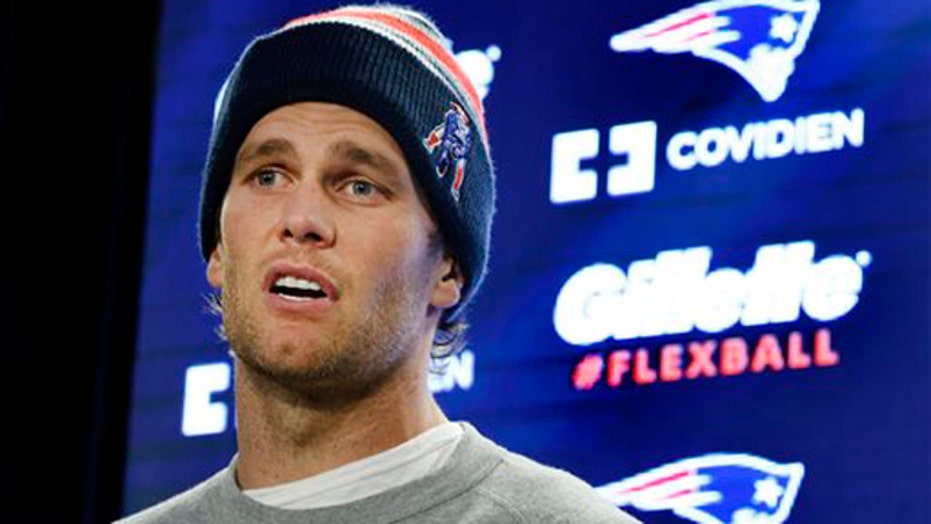 Cheating OK so long as you win?

MICHELLE FIELDS: It is a big game, but it's also sending a bad message. I have to be honest with you: I don't watch football. I don't like football. I'm Latina; football means a completely different thing to us. However, I think I'm the perfect person to talk about this because I don't have any loyalties whatsoever, and I have to say, this seems sketchy. The host has a history of cheating already. Once a cheater always a cheater. Where there's smoke there's fire. I think it doesn't look good.

JUAN WILLIAMS: I happen to think it doesn't matter. When you look at what happened with New England, they beat the Colts pretty strongly. I'm not sure the ball would have made a difference. What this does is send a bad signal. We don't have a very low level of trust in American society in our institutions; think back to Wall Street, think back to the big banks. But it also extends to things like "what about the athletes, if they're taking steroids." Isn't that cheating on an individual basis? So why should we hold the teams accountable?

JONATHAN HOENIG: Juan mentions Wall Street and the big banks, but he doesn't mention government. That's where cheating and lying tends to be acceptable; Obama, Bill Clinton, Charlie Rangel, Susan Rice. What this teaches kids in terms of the sports scandal is that lying never works out long-term, especially in sports. Whether it's Lance Armstrong or Pete Rose, it always gets discovered. What does it do to the self-esteem of the person who's engaging in the malfeasance? It destroys them from the inside.

WAYNE ROGERS: It's not been proven that they have been cheating, yet. Yes, he has cheated in the past, but that doesn't necessarily make him a cheater now. We don't know that.

JUAN WILLIAMS: If you can't breathe, if you can't find clean water to drink, if you don't have food to eat because all of the ground that the farmers use has been poisoned, or you don't have a city like New York because it's a coastal city that's under water, that's a huge threat. That's the biggest threat.

MICHELLE FIELDS: ISIS has more than doubled the land that it controls. We have children living in poverty. The unemployment rate is down not because people are actually working, it's because they have completely given up looking for a job. The President right now is worried about the climate getting hotter or getting colder, I don't even know anymore I can't keep track.

JONATHAN HOENIG: What do we give up-the entire 20th Century industrialization? The more we've used the earth, the better man's life has become. The real goal here, just like Obamacare, is control. Once you get everyone to admit that climate change is a problem, it's just a matter of time until government comes in and says "here's what you have to do." The irony is that the President is Commander In Chief of the army; he's not the Commander In Chief of us. It's certainly not his prerogative to try to change the weather.

WAYNE ROGERS: It's a question of priorities. It's a question of immediacy. What Juan is saying reminds me of a guy who's operating a business, he's got a store. A guy walks in with a gun in the guy's face. What is the guy going to tell him? "Hey, I've got to tell you about the economic problems that we've got in Europe right now, while you've got the gun in my face." No, you have to deal with what's immediate. What is immediate is terrorism, the economy, tax code, Obamacare, energy policy, power concentration in the hands of the federal government. Those are immediate problems, and they must be worked on way before we get to climate change.

WAYNE ROGERS: Oh yeah I think the President should do more of this! You know, playing golf over in Honolulu-that's good. I think he should do more Fruit Loops interviews; that's how he should spend his time. After all, we're the ones paying for it. I mean why shouldn't he just spend our money?

JONATHAN HOENIG: It's not even the cost. The President sometimes acts like he'd rather be a celebrity than be President, with all of these softball radio interview, and goofy "West Wing" spin-off videos. He's not a regular guy, he's the President. Bring some stature, bring the stature that the office demands to your job as the head of that office.

JUAN WILLIAMS: Are you guys kidding? I hope you keep this up because you're just going to lose another election in 2016. You know that old joke "why does Willie Sutton rob banks? Because that's where the money is." In this case, politicians go where the eyeballs are. That lady gets eyeballs on YouTube or wherever. All of these guys and girls who are young people are attracting audiences.