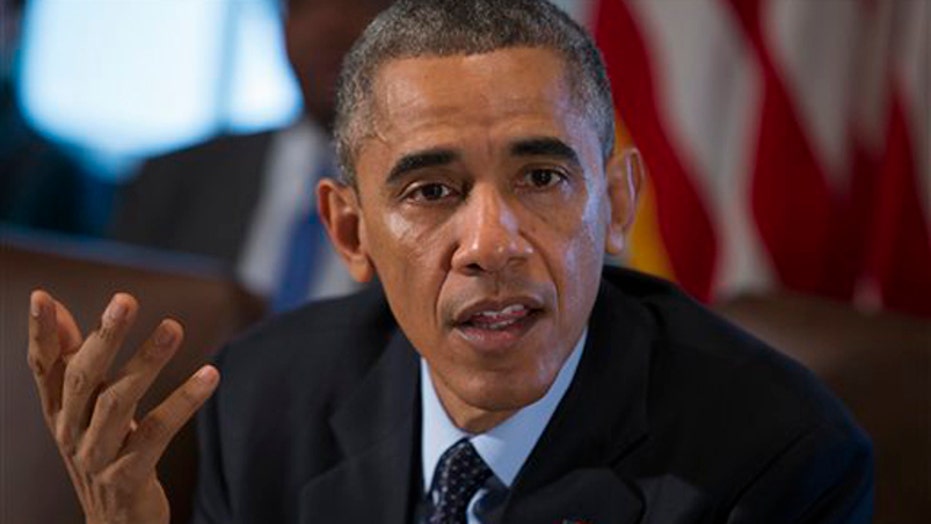 REPORT: PRESIDENT TO DELAY MILLIONS OF DEPORTATIONS WITH EXECUTIVE ACTION

MICHELLE FIELDS: The voters made it very clear this election that they are unhappy with the president. And instead of listening to the voters, he is now just going to bypass congress and give executive amnesty.

WAYNE ROGERS: The Law is what it is. When you start off with a statement that's saying that these people are illegal, you've said somebody's broken the law. You might as well say-- okay everybody who drives a hundred miles an hour down the road and runs over people, that's illegal, we punish them. Why do we let this off, Why is this executive order? Why does the president have the right to subvert the law to his own desire?

JESSICA EHRLICH: We've seen the most lame duck congress we've had since prior to the Eisenhower administration. They have been unable to get anything done there, whether it's in the house or the Senate.

JONATHAN HOENIG: The fundamental idea here is the executive orders. Who gives orders? Your boss, a drill sergeant, an IRS goon? The whole idea is that the president, to Wayne's point, is willing to use force to get it passed by any means necessary. It's like he's gone full Gruber.

STUDY: IMMIGRANTS AND THEIR CHILDREN MAKING UP 42 percent OF NEW MEDICAID ENROLLEES

MICHELLE FIELDS: I do think there should be safety nets, of course. Sometimes people have bad times and they should have something to fall back on. However I don't believe in this huge entitlement state.

JESSICA EHRLICH: The nice thing is and I think the part of the American dream that's being lost here talking about immigrants going on Medicaid, we've had general Medicaid expansion, the concept is get more people covered, have more people (especially those in poverty), so there not showing up in the emergency room and have no ability to pay the hospital and hospitals go bankrupt. That's kind of part of the concept here. But the idea of the American dream for immigrants is yes they need help when they first get here and they need education and then the idea is that the next generation won't need those things, and they go off of those programs.

MICHELLE FIELDS: This is ridiculous. Tax payers work incredibly hard just to have the government take their money then gives it to these people to make stupid decisions like this. Here's an interesting idea, how about using the money to teach children, to educate them, not to wage some war on Christmas.

WAYNE ROGERS: School districts are ruled by school boards. The school boards are elected people. They represent the people. If the people don't like it they can change it.

JONATHAN HOENIG: Were not a country of majority rule. And as long as people are forced to go to public school there should be no religious holidays mentioned at all. Not Rosh Hashanah, not Christmas, not any of those.

JESSICA EHRLICH: I'm with Jonathan on the idea of just removing all of the religion from public schools situation so that you have the ability then for everybody to go and have it be an open system. I don't have a problem with the school board saying it's winter break as oppose of Christmas break. It's not like they're saying there is no Christmas.