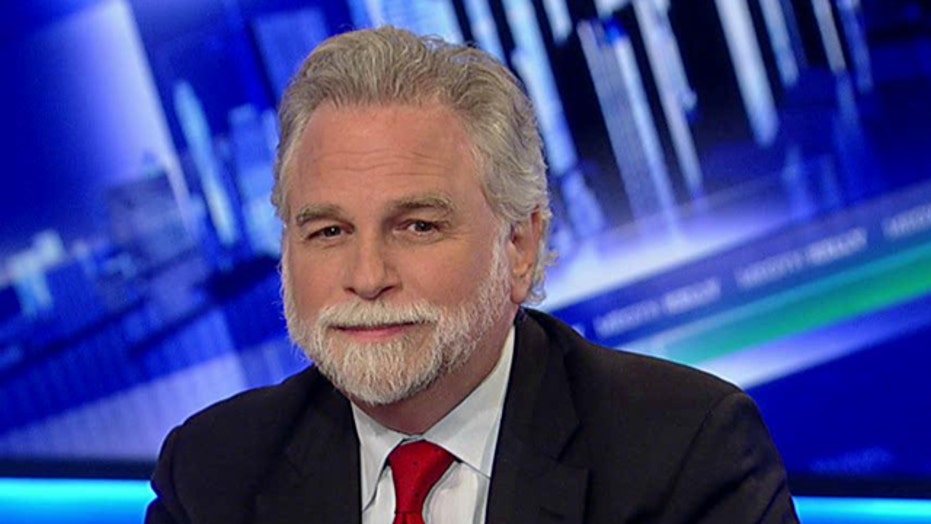 This is a rush transcript from "The Kelly File," March 27, 2014. This copy may not be in its final form and may be updated.

MEGYN KELLY, HOST: Governor Chris Christie vindicated? That's the question tonight as a law firm hired to conduct an internal investigation into a scandal involving his office and traffic jams releases its findings.

Tonight, they say Governor Christie was not involved in the so-called Bridgegate plot. But that's a little to silence the governor's critics, who point out the key players in this scandal did not participate in this review.

And joining me now in a "Kelly File" exclusive to discuss it, the attorney who led the investigation. Randy Mastro. Good to see you, Randy.

KELLY: And so, you have exonerated the governor. And yet, already -- for example, one of the other panel that's investigating him, The New Jersey legislative panel, comes out and says, "Lawyers hired and paid for by the Christie administration itself to investigate the governor's office will not be the final word on this," and they questioned your objectivity and thoroughness. Your thoughts.

MASTRO: We did an exhausted and a thorough investigation, interviewed more than 70 witnesses, reviewed more than 250,000 documents, and have produced to that legislative committee over 50,000 pages of documents. There is not a shred of evidence that Governor Christie knew anything about this lane realignment decision before it happened. Not a shred.

KELLY: And yet, one of the criticisms against you was that you and your law firm were tied in with the governor and that you had a bias, that you had a pre-conceived notion. How long have you known him?

MASTRO: I met Governor Christie for the first time the day he hired us in mid-January.

KELLY: But you used to work for Rudy Giuliani, who's tight with the governor, who lot of his aid move over to governor's office. Rudy Giuliani ever talked to you about this?

MASTRO: Rudy Giuliani and I have not had any extended conversations about this. I was honored to serve in his administration, but as Rudy knows, I'm an independent and a registered Democrat.

KELLY: Did you go into this with an open mind?

MASTRO: Completely. Because, Megyn, you got to understand it serves no one's interest, not mine or my law firm's, not Governor Christie's, not the governor's office or the people of the state of New Jersey for us to do anything other than to try to get to the truth. There are these other investigations coming. We believe we've gotten to the truth. And we will be judged by whether we got it right. We believe we got it right.

KELLY: You say besides Bridget Anne Kelly, the one who sent the e-mail saying time for traffic problems in Fort Lee, you found no evidence that anyone else in the governor's office knew of this idea. But that is not the same as saying no one knew of this idea in advance. You found no evidence of it. But the critics are saying that doesn't mean it doesn't exist because you couldn't talk to David Wildstein, to Bridget Anne Kelly, or to this other guy (INAUDIBLE).

KELLY: Did you get to see their e-mails?

MASTRO: But, we saw many of their e-mails and we saw the private e- mails and texts of the governor, lieutenant governor, his current --

KELLY: He handed over his iPhone to you?

KELLY: The other thing I wanna get to, because I'm short on time. The one piece of the report that's not very good for Governor Christie is his aide, David Wildstein, the guy at the Port Authority apparently is claiming that he did inform the governor about the lane closures at a September 11th memorial. And I know the governor says he doesn't remember that, but that -- his critics knew that is the smoking gun. That one of the guys is involve claims he did tell the governor about it. That's 30 seconds, I apologize for the shortness.

And the fact of the matter is, the governor didn't know beforehand, the governor acted appropriately afterward and took appropriate steps. And in fact, Bridget Kelly covered up with her colleagues, she asked another colleague to destroy one of her e-mails that would have shown her participation in this, keeping it from the governor and his chief of staff.

KELLY: I got to go. Great to see you. Thank you for being here.

KELLY: And tomorrow night, here on "The Kelly File," Governor Chris Christie sits down with yours truly for a wide ranging interview. I'll ask him about this report, the criticism he's receive and about the 2016.

Set your DVR for this can't miss interview.