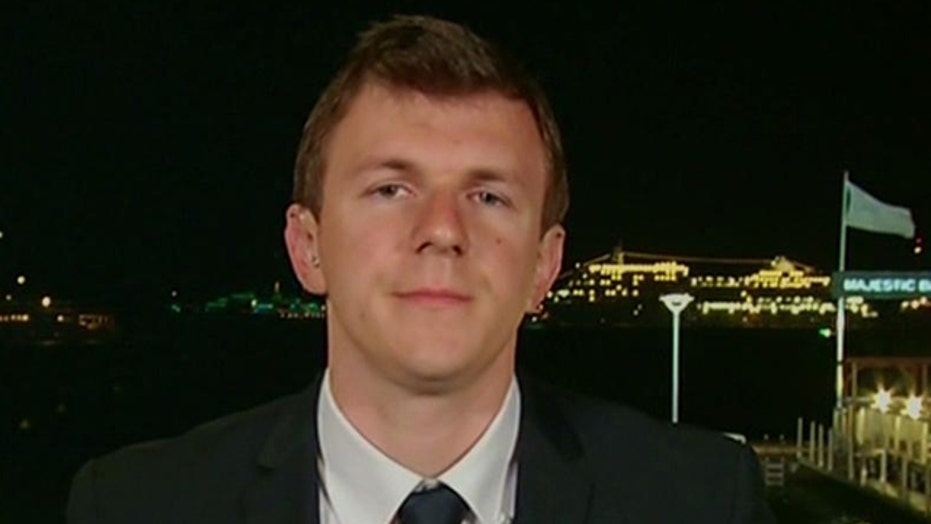 This is a rush transcript from "Hannity," May 21, 2014. This copy may not be in its final form and may be updated.

MEGYN KELLY, HOST: New developments tonight in a "Kelly File" exclusive. We now have undercover video from filmmaker James O'Keefe trying to entrap some of Hollywood's big stars in hypocrisy. Watch this.

Money to us is money. We have no moral issue.

MUHAMMAD: If Washington D.C. continues fracking, America will be energy efficient and then they won't need our oil anymore.

You're in with us on this, right?

MARIEL HEMINGWAY, ACADEMY AWARD NOMINATED ACTRESS: Is only at this table.

SANCHTON: This table, that doesn't go farther than this table.

KELLY: All right. Let's explain what you just saw there with James O'Keefe who is the president and founder of Project Veritas, the group behind this undercover video.

James, thanks for being here. So, explain to the audience what we just saw and heard there.

JAMES O'KEEFE, PROJECT VERITAS FOUNDER: So basically, what happened was we have videotape between Hollywood celebrities, hidden camera videotape in the Beverly Hills Hotel, meeting with people they believe to be members of a Middle Eastern oil group, and they're accepting funding for their anti- fracking movies -- because fracking hurts the Middle East bottom-line -- to the tune of $9 million and they are trying to make that donation anonymous, keep that funding protected and cover it up by saying NGO's nonprofits are funding the film.

O'KEEFE: That's right. Mohammad Ben Rashidi was posing as an oil sheik and met with these guys at the Beverly Hills Hotel, he really questioned their altruism, and question their motives, are they doing this for the money? Are they doing it because it's good for the environment? And we know that movies like "Promise Land" with Matt Damon were funded by Image Nation Abu Dhabi. So, we want to be a fly in the wall between this sort of funders overseas and the Hollywood producers in the United States.

KELLY: And you found in your view that they weren't really standing on principle, that what they really wanted was dough to get their film mate.

However, they came out with a video statement -- they are very upset with you, James -- and they came out with a video statement and said in part that they really -- the reason they didn't care about where the money was going to come from is because they really just wanted to get their anti-fracking message out, even if it came from, you know, sponsored in part by dough from a shake. Here they are. Here is the guy behind the film on tape talking about his thoughts.

UNIDENTIFIED MALE: We thought to ourselves, oh, the irony, we'll use the funding from an oil company to make a film that promotes green energy.

KELLY: He actually produced like a beautiful response to your sting video.

O'KEEFE: Yes, you know, I mean, it's interesting question, you know, do the Americans feel comfortable with the relationship in the Middle East, who is in their economic interest to stop American Energy Independence. I think the nefarious thing about this film that we did was showing that they are trying to stop our energy independence and those Hollywood filmmakers -- Ed Begley, Jr., Mariel Hemingway -- are OK with that. And what's worse, they are using nonprofit groups and C3 groups to cover up from where the funding is coming from. Is that illegal? I know that the Senate has been investigating that very issue.

So there is some serious issues here about the cover-up of the funding and about how many movies in Hollywood are funded by these Middle Eastern groups.

O'KEEFE: I have -- I haven't reached out by lawmakers. I'm not allowed to give too much information at this point, but the bottom-line is that the Senate has been investigating the specific issue about NGOs and C3s and funding, but it's all the information I can give you at this point.

KELLY: Let me ask you this, because California is a two party consent state, you have to have the consent of everybody involved in the videotape. It looks like you didn't have it here. Are you facing possible criminal charges as a result of this videotape?

O'KEEFE: No, we didn't break the law. The law is very clear, that when there is no expectation of privacy, there is an exception of that consent statute. Most recently, states like Illinois overturned their recording laws on the ground, it was unconstitutional.

But if you want to talk about law breaking or expectation of privacy, Don Sterling, nobody seemed to really address that issue, and this is unlike that situation where that was pillow talk, private conversation. This was a public conversation in a public place at a Beverly Hills Hotel with people sitting around the table, so it's a little bit different.

KELLY: I got to run. Thanks for being here James.