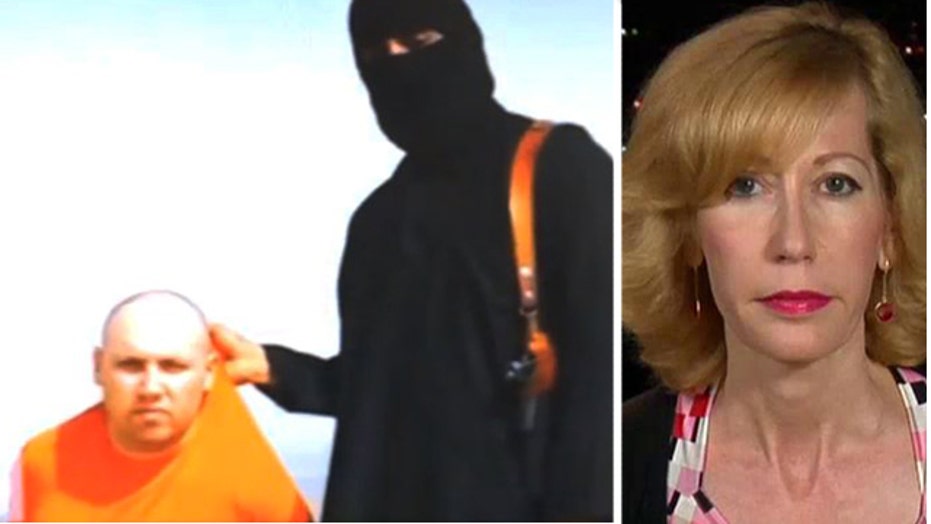 This is a rush transcript from "Hannity," September 3, 2014. This copy may not be in its final form and may be updated.

SEAN HANNITY, HOST: My next guest knew Steven Sotloff, the latest American journalist beheaded by ISIS. Now, he (sic) knew him well both as a colleague and a friend. She employed him, and even broke the news of the video yesterday to his family.

Joining me now is the president and CEO of The Media Line, an American news agency covering the Middle East. Felice Friedson is with us. Felice, thank you for being with us. My thoughts and prayers go out to you and to the family of Steven.

I can't imagine anything harder. How did it go when you had to tell them this?

FELICE FRIEDSON, FRIEND AND COLLEAGUE OF STEVEN SOTLOFF: Horrific.  It's been a very tough year all around, knowing that he was abducted by gangs and then ultimately probably sold over to ISIS. Some of those thoughts (ph) are unclear. We don't really know for sure some of the things that happened there. But frankly it's been a very, very difficult year.

And I condemn the brutal killing of a colleague and a friend, Steven Joel Sotloff. And as you said, you know, my thoughts are out to Art (ph) and Shirley Sotloff, his parents, the family. It's a horrific thing for America at large.

HANNITY: I hope they didn't watch it. I really do. I have watched that...

FRIEDSON: Those were my words exactly.

HANNITY: Don't watch it. But I tell you this. I do want the president to watch it. I do want John Kerry out, you know, kite surfing, whatever he's -- I want them to watch it. And the American people need to watch it to the extent that they need to know the brutality and the mindset of these people. We've seen mass graves dug and people shot and murdered and beheaded. We've seen people's heads put on a stick.

This group is the embodiment of evil today. That video is evil.  Would you describe it any other way?

FRIEDSON: Absolutely not. But Sean, I think it's very important to not lose sight that this is exactly what this Islamic radical movement is seeking. And I think that we need to look at what did Steven Sotloff stand for. He was a courageous journalist, one of the few that went into Syria.  He was ahead of his time. He was telling the American people, Look what's going on on the streets in Libya...

HANNITY: I've read some of his work.

HANNITY: Yes. He wrote a great piece on the Muslim Brotherhood that was point (ph) dead on everything I have been saying and agree with him 100 percent. He was courageous.

FRIEDSON: But where were the people? Where was everybody listening?  You know, I have to tell you, I have to share with you a piece that he wrote to us. It was July 30th, about a week before he was abducted. It was one of his last pieces. And I think it's really important to share these words. He knew what he was risking. And if you don't mind --

FRIEDSON: He said that "As the international media is fixated on the struggle between the military and the Muslim Brotherhood, few reporters are focusing on Syria. But a spate of kidnappings of foreign journalists in Syria has made the country a mini-Iraq that few enter into. It's dangerous and getting worse by the day says a correspondent for a major western publication. If no one is asking for articles, why should we risk it?"  And he has an excellent point.

FRIEDSON: But at the end of the day, if we don't have these journalists on the ground, who is going to know what's happening in reality? Who is going to voice the opinion of the militias that are taking over?

FRIEDSON: I'm devastated. I mean, I saw this coming out. I spent week after week speaking to Steve about these issues. He was very frustrated that the people who were part of the free Syrian army were saying we need weapons, not food. Where is America?

Now, America we know clearly was very afraid of sending weapons in because they felt that maybe they would fall into the wrong arms. And, yes, I don't want to be in the shoes of President Barack Obama in that case. But the reality is look where we are today. We are on the verge of a caliphate state.

HANNITY: He could have prevented those cities from falling. I'm sorry, I believe that with all my heart. Iraq was one. Imperfect, emerging democracy, all the problems you'd expect. But we had the country won. Had we kept intelligence and training on the ground, this wouldn't have happened, and a president that kept his eye on the ball.

All right, I'm sorry, Felice, I really am. My heart and my thoughts and prayers to you and the family. Thank you.

FRIEDSON: I think it's really important that the United States not have his name in vain and that they realize that the same action they're taking now, how disgusted they are over this brutal murder will make them react and really take heed to what's gone on so that his death was not in vain and that he did something for civil society.