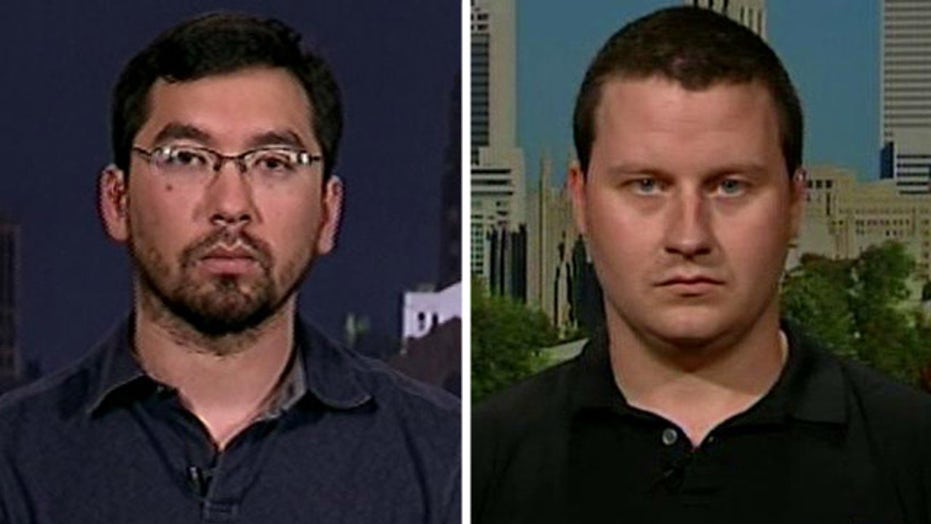 This is a rush transcript from "The Kelly File," June 2, 2014. This copy may not be in its final form and may be updated.

MEGYN KELLY, HOST: First, a look back at the story of Bowe Bergdahl. Bergdahl graduated infantry school in 2008 and eventually deployed to Afghanistan, he soon appeared to grow disillusioned with the war. A Rolling Stone magazine story quote, Bergdahl's final e-mail to his parents before his capture saying, quote, "I am even ashamed to be American. The horror of the self-righteous arrogance that they thrive in is all revolting. The title of U.S. soldier is just a lie of fools and the horror that is America is disgusting."

In response to his e-mail Bergdahl's father wrote back, quote, "Obey your conscience." Three days later, Bergdahl went missing from his platoon's outpost in Afghanistan and was captured by terrorists affiliated with the Taliban.

Bergdahl claimed he was napped when he fell behind on patrol, but his fellow soldiers say he simply walked off post. The military devoted weeks to searching for him and now someone of his battalion are claiming, that at least six soldiers were killed during those missions although the Pentagon tells Fox News it's never that cut and dry. Bergdahl's parents held out hope their son would one day return home.

JANI BERGDAHL: We support you and are easily awaiting your return home.

BOB BERGDAHL: Have faith. Do good works, and continue to tell the truth, but above all, have the patience that can only come from God.

KELLY: They got their wish when the White House announced on Saturday that Bergdahl had been released in exchange for five infamous Guantanamo Bay prisoners. Hours later, President Obama appeared in the Rose Garden alongside Bergdahl's parents. Bergdahl's father took to the podium and gave thanks and also praised Allah in the language of the Taliban.

KELLY: While everyone was happy an American was coming home, some in Congress quickly demanded to know why the President had not given Congress the mandatory 30 day notification. Then the administration had to answer questions about encouraging future kidnappings.

DEFENSE SECRETARY CHUCK HAGEL, "MEET THE PRESS"/NBC: I don't think what we did in getting our prisoner of war released in any way would somehow encourage terrorists to take our American servicemen prisoner or hostage --

AMB. SUSAN RICE, U.S. NATIONAL SECURITY ADVISER, "STATE OF THE UNION"/CNN: I think the terrorists are intent on doing what they are going to do.

KELLY: Right now, those terrorists are celebrating. We just got this homecoming video as the leader of the Taliban issued a rare statement hailing this deal as a quote, "great victory."

Joining me first tonight, former Army specialists Cody Full and Gerald Sutton who are both Afghanistan war veterans and platoon mates of Sergeant Bowe Bergdahl. Gentlemen, thank you both so much for being here and thank you for your service.

Cody, let me start with you, do you believe that Bowe Bergdahl deserted?

CODY FULL, FORMER MEMBER OF BOWE BERGDAHL'S PLATOON: Yes, I do believe deserted without a doubt in my mind.

KELLY: You have been prohibited from talking about this since he was captured. I mean, made you sign non-disclosure agreements while he was in captivity. Tonight you're free to speak. Why do you believe he deserted?

FULL: Some of the activities before he deserted made telltale signs of this, mailing all his stuff home beforehand. The e-mails you mentioned. Him talking about the terrain extensively, talking to the Afghan National Police in a way that was not about hearts and minds. There was an agenda there when he spoke to them.

KELLY: Gerald, I know that you were friends with Bowe in your platoon. What do you think?

GERALD SUTTON, FORMER MEMBER OF BOWE BERGDAHL'S PLATOON: I do think that it was premeditated and everything just like Cody said. His true motives and everything, I really don't know. He never spoke about them, but yes, pretty much what Cody said, too.

RICE: He served the United States with honor and distinction and will have the opportunity eventually to learn what has transpired in the past years.

KELLY: Cody, do you believe that Bowe Bergdahl served the United States with honor and distinction as she said?

FULL: He did not serve the United States with honor. We all took an oath. He violated his oath when he deserted us and put other Americans in jeopardy.

KELLY: Why do you say that? Because I know a former battalion mate Nathan Bradley Bethea has come out and said that he has much to answer for. He attributes the death to at least six service members to incidents in which they were searching for him and lost their lives.

FULL: What I can say on that is I don't -- I can't prove that he caused deaths. What I can prove is those soldiers would not have been there at that location that they died or severely injured. There is a high probability that they would not be there looking for him if he didn't desert because then, we wouldn't have a mission to find him.

KELLY: Gerald, apart from that link, that the loss of lives that the soldiers who were looking for him, why do you think Americans should be paying attention to whether Bowe Bergdahl was a deserter?

SUTTON: Well, I just don't want to see him hailed as a hero and I just want him to face the consequences of his own actions, and possibly face a court martial for desertion.

KELLY: The pesident has come out and said, we leave no service member behind and that is why we struck this deal, even though it has proven too controversial for a number of reasons, some of which we'll going to get to it later, including the character of these five Taliban members, these Gitmo detainees. Your thoughts on that, Cody, I mean, as a service member yourself?

FULL: I don't think we should -- I mean, I'm glad he's home. He's an American. I can only judge him on his actions and I think he needs to be held accountable for his actions. Anybody else that violates their oath or the military justice code gets a trial, and I believe he should have a trial for what he did.

KELLY: Gentlemen, thank you both for being here and thank you for your service.