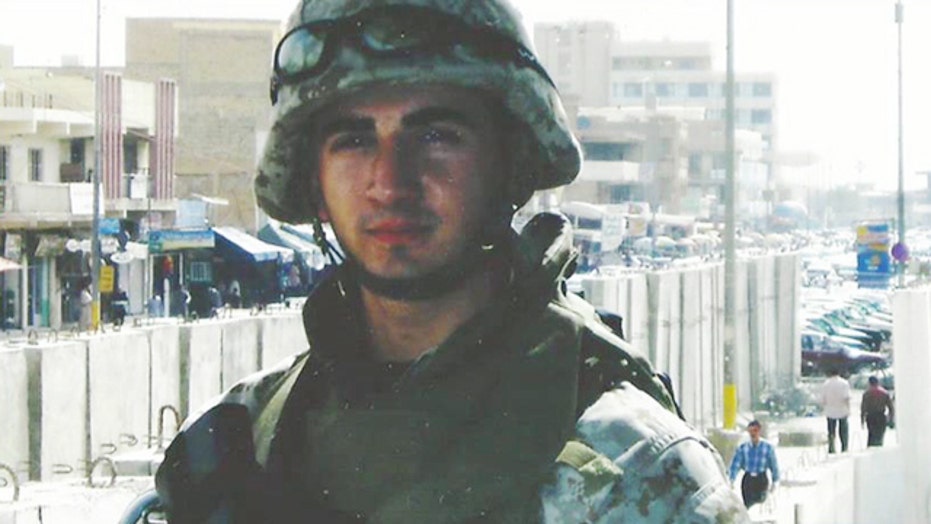 New plea for help from Marine held in Iran

In audio obtained only by 'On the Record,' Amir Hekmati makes a new, desperate plea for his release. #FreeAmirNow

This is a rush transcript from "On the Record," April 21, 2015. This copy may not be in its final form and may be updated.

GRETA VAN SUSTEREN, FOX NEWS HOST: Tonight, we have a powerful new audio from our marine in prison in Iran. It is his desperate plea for help.

American Marine, Amir Hekmati, has been languishing and tortured in Iran's most brutal prison for three and a half years. Last week, he dictated this message for his sister for Congressional leaders to hear.

AMIR HEKMATI, U.S. MARINE HELD IN IRAN: Well, I'm the thankful that States Department and the Obama administration has called for my release and that of my fellow captives (ph). Aside from asking politely that there has been no serious response to this blatant and ongoing mistreatment of Americans by Iran's ministry and intelligence. And they continue on with ingenuity. As a war veteran, who defended our nation in its time of need, I ask that you also work to defend my dignity and that of my fellow Americans by putting in place serious consequences for the serial hostage taking and mistreatment of Americans by the ministry, Iran's ministry of intelligence for clearly illegal purposes. This has been going on far too long.

VAN SUSTEREN: Marine veteran Nick Kayworth joins us. He served alongside Hekmati in the U.S. Marines. Nick, as I was known, I mean, this is your friend someone you served with but to me it sounds like, you know, he sounds vulnerable. I mean, and almost helpless. I know he's a marine, he's strong, he's tough, and all that, but he sounds vulnerable in that tape to me.

NICK KAYWORK, U.S. VETERAN & FRIEND OF MARINE HELD IN IRAN: He sounds tired. He sounds different than how he used to sound. You can hear that his resolve still in his voice and the words he's using they are pretty strong words coming over the telephone from Iran, but you can definitely hear fatigue, tiredness, something in his voice there, and, you know, his well- being is of concern to us. We don't know how he is. We don't know his condition. We don't know if he's ill, if he needs a physician's care. And this is something that's a big concern to us. Their voice in prison in Iran.

VAN SUSTEREN: It's funny, he talks about dignity, his dignity.

KAYWORK: It's important. It's important to him. It's important that his name and his family's name is being dragged through the mud through this whole process by Iran by saying that he's committed espionage, by saying that he is, you know, working for a hostile government. I mean, these honor is a core value of the Marine Corps. And his false imprisonment in Iran is a direct violation against that honor that he's worked so hard to build. And so, he's absolutely right. He's concerned about his dignity. And that's one of the few things he has in Iran is his own word and dignity.

VAN SUSTEREN: Two Republican senators, Senators Marco Rubio and Senator Mark Kirk have both asked the president in connection with a Washington Post reporter who is also being held and charged with one of the same charges that Amir is, is that they be part of the deal, the nuclear deal.

KAYWORK: Amir is, in this letter that he released today to his family and in previous letters has asked not to be part of the deal. He said that his imprisonment is illegitimate and he's not guilty. And that he not be used as a bargaining chip for Iran or for any deal, that his release should be a humanitarian release, and that's what I believe as well. That regardless of where we stand, we should be releasing Amir. We should be saying he needs to get out of that prison now.

VAN SUSTEREN: Indeed. And listening to his voice is tough. That's our marine that sitting over there, and of course Pastor Saeed Abedini who's sitting in the same prison for being a Christian, Bob Levinson former FBI, we don't know where he is and a Washington Post reporter in that same prison.

KAYWORK: It seems like it's Iran foreign policy now. Even before Amir, before Bob Levinson, before Abedini, and before the reporter who is in Iran, we had the hikers...