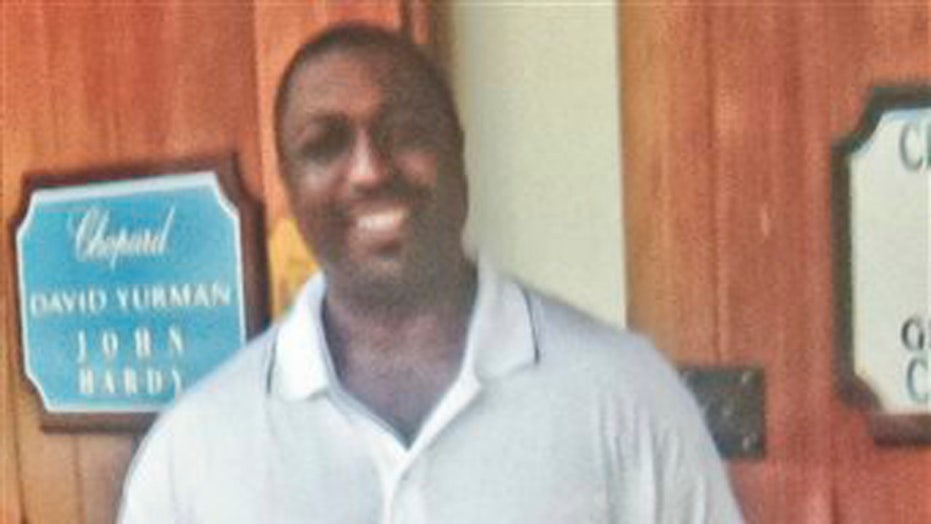 No indictment in chokehold case

This is a rush transcript from "Hannity," December 3, 2014. This copy may not be in its final form and may be updated.

SEAN HANNITY, HOST: And welcome back to "Hannity." This is a Fox News Alert.  Earlier today, inside New York City's Grand Central Station, demonstrators staged a so-called "die-in" to protest the grand jury's decision not to indict the NYPD officer who placed Eric Garner in a headlock while attempting to arrest him.

Now, at this hour, protests are going on throughout the city. We'll continue to monitor what is a very tense situation at this hour in New York City.

Before I say anything, I -- my level of anger here over this stupidity -- we have limited police resources. We have crack dealers. We have heroin dealers. We have rapists. And cops, I don't blame them. They're told they've got to go out and arrest people, there are complaints made, over a freaking cigarette, Geraldo! That is beyond stupid to me!

GERALDO RIVERA, FOX SENIOR CORRESPONDENT: This was a chump charge.

RIVERA: This man never should have died as a result of this encounter. I also believe -- I've waded through two demonstrations to get here just now.  I hugged the cops as I came in -- "I love you guys. I love you for everything you do."

HANNITY: You walk around like a rock star, you and Bo.

RIVERA:  -- this officer would have been indicted.

HANNITY: I want to see the evidence, Bo Dietl, because --

BO DIETL, FMR. NYPD DETECTIVE, FOX CONTRIBUTOR: Listen to me. I've done this thing many times. I'm 5'8" and I had to take down guys 6'2", 6'3". I've taken them down like that scores of times. You grab them, you get them down to the ground. You don't want to start flailing his hands around.

Problem here is he was still talking when he was down. If it was a chokehold, he would have been unconscious on the ground. Let's face it, our hearts go out to that family. There's a dead guy here. Shouldn't have been. But in reality, if he went and put his hand in back -- he was being arrested. And the cops were there for a reason!

DIETL: The cops were there for a reason! There was calls --

HANNITY: Hang on. The way you do it, you got to lock in and you got to go for the carotid artery, and about 16 seconds --

HANNITY: No, no. It -- but there -- it's not just technical, because I will bet you that when we get to see the evidence, what the grand jury heard, I bet you they heard a lot about chokehold versus headlocks.

Dr. Baden, you got to examine.

DR. MICHAEL BADEN, FORENSIC PATHOLOGIST: Well, first of all, I agree with you that it's silly to go after somebody for selling single cigarettes --

BADEN:  -- a whole pack of cigarettes.

HANNITY: Six dollars in taxes for one pack in New York City!

BADEN: But I think the autopsy itself -- the medical examiner did a great job on this. There's 27 pages in the report. And the female (ph), she found that there were 10 hemorrhages on the inside of the neck, in the muscles of the neck, petechial hemorrhages in the eye, hemorrhage in the tongue. And those are all evidence of neck compression. You're right, chokehold has many different meanings in all. What we're concerned at autopsy is was there pressure on the neck.

HANNITY: I don't doubt it. This is a big guy.

BADEN: Pressure on the chest that interferes with the lungs expanding and --

HANNITY: But they also --

BADEN: And hands on the face and nose. So he couldn't breathe, and he was telling the truth.

HANNITY: But he was still talking does. That impact his ability to talk, if he can't breathe?

HANNITY: But they also mention the fact that he was asthmatic, had heart disease and obesity.

HANNITY: All right, so -- and it's a high-stress situation here.

HANNITY: Here's -- here's where I want to ask you this question. I grant you, any arrest that's caught on videotape -- which, again, for a cigarette is insanity to me -- is going to look violent. But when we get to the legality here, if there is a technical difference and a very specific one about going for the carotid artery, going for the trache, and that being a chokehold illegal, versus a headlock legal, that's why -- I will argue that when we get the evidence in, that is where the grand jury made their distinction.

DIETL: We used to have night sticks. Remember the old nightsticks? We used to come up behind a guy and put it on and say -- that's a choke.

DIETL: (INAUDIBLE) couple minutes, you get them down. My whole thing here is that cop never -- and that grand jury heard it -- he never left that day with any intentions of this man dying.

RIVERA: But no one is saying that.

DIETL: It's a terrible accident!

DIETL: So when you get these people outside --

DIETL: The intention was to bring --

RIVERA: If you and I are messing around and you end up dead --

RIVERA:  -- I can be indicted for criminally negligent homicide.

DIETL: No, but intention! The intention's not there!

HANNITY: Geraldo, let me ask you a question --

RIVERA:  -- was he probably negligent? Was this cop --

DIETL: No! I brought guy down like that many times --

HANNITY: Did he resist arrest?

HANNITY: If somebody resists arrest --

RIVERA: Yes, and he was a totally unsavory character, a pain in the neck, a public nuisance. That's why I want my taser. Get the taser. He gets shocked. You put the cuffs on him. Fifteen seconds later, he's awake.  Nobody's dead.

DIETL: And there's no comparison --

HANNITY: While we're talking here, I want to take a live shot we've got out of Oakland, California, that is coming in right now. As you can see, protests now have expanded beyond New York City. And that is a live shot.  We'll go down to the ground there in a few minutes.

Dr. Baden, I saw you wanted to weigh in on this discussion. It may sound technical and it may sound like it's semantics, but if one hold is illegal and the other is legal, that is a big distinction.

BADEN:  -- that you talked about, to prevent air flow, and pressure on the chest and face, so that when he's saying, I can't breathe, he's telling the truth.

BADEN: And he died of not being able to breathe.

HANNITY: But from the standpoint -- I understand there's an autopsy, you're going to do this.

HANNITY: But if a grand jury's looking at this legally and a police officer's trained and he's told this choke is legal, this one isn't, this one's --

RIVERA: I agree with Bo on that. But when you have a -- when the guy says he can't breathe and you're on top of him and your hands are behind his --

RIVERA: At the very least, that's not negligent?

RIVERA: The cop didn't go to kill him.

DIETL: Not at all! When the cop went into the grand jury --

HANNITY: What about this --

DIETL:  -- he said, my intentions were to bring him down, not hurt other officers. That's what it was! This is a terrible accident that occurred with this man. It is not an intentional murder! When you got these --

RIVERA: I'm not saying it's a murder!

DIETL: No! That's too far. You're going too far!

RIVERA: That's as low as a homicide gets.

DIETL: Well, I don't believe this should be -- homicide is by another, am I right, Doctor?

HANNITY: Where was -- where was the EMT? It took four minutes for them to get there!

BADEN: That's another issue. Why didn't the EMT --

HANNITY: You said on Greta tonight that they might have still thought he was breathing when he wasn't?

DIETL: So why do you (INAUDIBLE)

HANNITY: I want to hear this.

BADEN: No, no. After he loses consciousness, he still breathes for a few minutes --

BADEN:  -- before his heart stops.

HANNITY: But they might not have known he was unconscious.

BADEN: Well, he stopped struggling and he stopped saying, "I can't breathe." The problem is that when there's more than one cop on a person, they may pull (ph) each other and they may not know --

HANNITY: They may not have thought.

BADEN: But what I was going to say --

HANNITY: We've got to take a break.