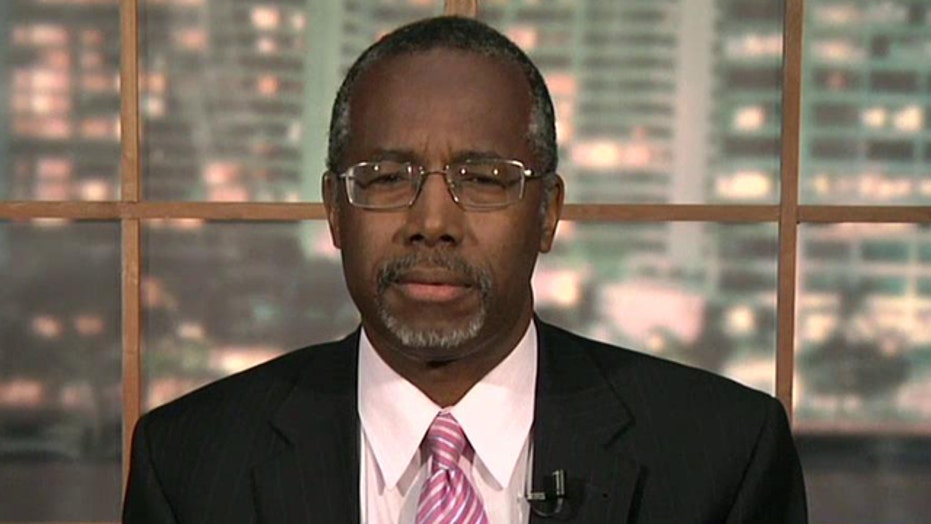 Carson weighs in on the elections

This is a rush transcript from "Hannity," November 3, 2014. This copy may not be in its final form and may be updated.

SEAN HANNITY, HOST: So back in 2008 then-Senator Barack Obama vowed to unite this country behind the lofty ideals of hope and change. But that obviously did not happen. And now President Obama's Democratic allies are now resorting to their old campaign tactics, trying to cling to office by dividing America across racial lines. Some notable figures are fed up. Watch this.

HANNITY: Joining me now with reaction, the author of a brand new book "One Vote" Fox News contributor Dr. Benjamin Carson. Most of the statistics that Ben were (ph) using is true. We have got 50 million Americans on food stamps, 50 million in poverty, or near those numbers. We've had a very high increase in these numbers over time. I don't view the president as racist as much ase1 a rigid, radical ideologue of the left. What is your take on it?

DR. BEN CARSON: I think you're exactly right. I don't believe that he's racist per se. But his ideal of what America should be is really not consistent with the ideals of the founders of this nation. And we've had 50, maybe 60 years now of progressive policies, and what they have done is they have halted to tremendous progress particularly in the black community.

This is a community that is very, very strong historically that withstood the tragedies of slavery and the post-slavery era and Jim Crow and segregation, and still was strong, had intact families had values. And then once the progressive left began to bestow all their wonderfulness on this community, that's when it really began to disintegrate.

And I think what needs to be emphasized is in the black community today in America there's control of $1 trillion worth of wealth. They need to learn how to turn those dollars over in their own community a couple of times before they send them out. That's what creates wealth. Reach back, pull others with you. And we need to be talking about what happens when a young girl has a baby out of wedlock. Her education stops.

HANNITY: I view the president as the radical ideologue, inexperienced and incompetent, and a little bit narcissistic. Those are my descriptions of him.

Let me give one statistic, and there are many that I can put up, but I'll just put this one up, and it's black Americans on food stamps. We're at 6 million back in 2008. And just in four short years it's 11 million, just shy of 11 million. That's nearly a doubling of the number of black Americans on food stamps, yet 95 percent of the black community voted for this man. Why?

CARSON: Right, because people are becoming dependent. And it's inner-generational dependencies based on these policies.

Now, I think this is a wonderful opportunity, quite frankly, for Republicans to present a different picture, a way up and out of poverty.  We need to start talking about some of the programs, like micro-lending, that allow people through their own efforts to rise. I think many Americans would be happy to invest in their fellow Americans to see them move from dependency.

We're going to have to find a way to allow all of those mothers who are giving birth to be able to get their GED, be able to get their associates, masters degrees, and become self-reliant and teach that to their families. That's how we break these cycles of dependency.

HANNITY: A bold vision. If they get power they better try and offer solutions. And we'll be dealing with that from Wednesday night forward.

Dr. Carson, good to see you, sir. Are you running for president?

CARSON: I'm watching very carefully what the people want me to do.

HANNITY: I'm just teasing. I've asked you before. I know you'll tell us when you're ready.