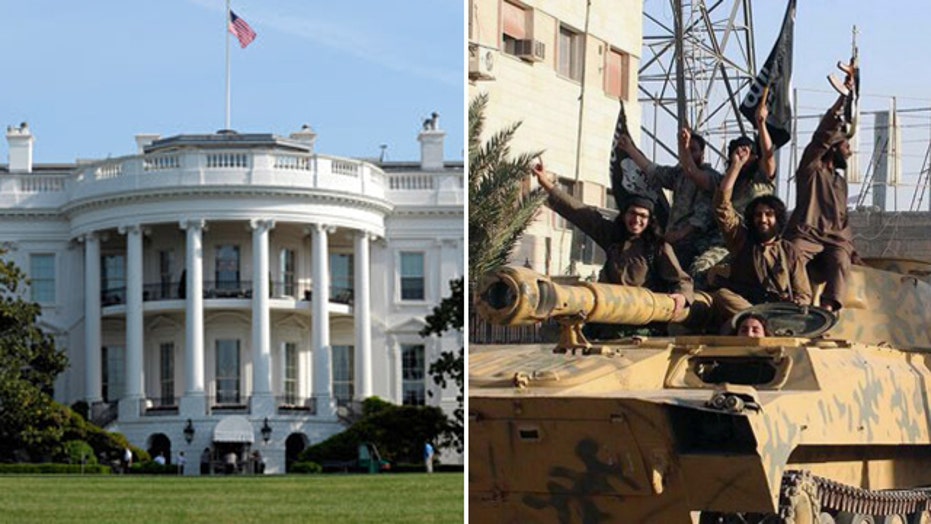 Does White House have a clear strategy for defeating ISIS?

RICH KARLGAARD: We should declare war, and there has never been a better time. The burning of this Jordanian pilot has galvanized the world including many people in the Middle East. We have never had better economic leverage to work behind the scenes to pressure Saudi Arabia and Qatar to stop funding groups like this. Now is the time, and if we wait and these people get their hands on a weapon of mass destruction or some bio-weapon we are going to regret it for the rest of our lives.

JOHN TAMNY: This is a really bad idea once again. We have ISIS because we softened it to get rid of Saddam Hussein. Why is it that we think the third time is going to be a charm? This is naive and we need to stay out of it.

SABRINA SCHAEFFER: We need to do more, and part of doing more is to be clear on what it is we are fighting and how we are going to target it. I agree we don't want to have this open-ended effort. Most of this has to do with the Presidents attitude and positioning- what are we doing? This is a lot of what the American people are waiting to hear.

RICK UNGAR: The President had a strategy at the outset and it didn't work. We have to move to a new strategy of destroying. All-out war is problematic because we can't declare war in Syria.

STEVE FORBES: It's not so much a declaration of war, the president has the authority to take action now the fact is that he doesn't want to take a lot of action. The resolution he put forth in front of congress is preposterous. It has a three year time limit which is ridiculous; it takes away the authority to go over non-ISIS terrorist groups.

MIKE OZANIAN: It doesn't matter what you say, it matters what you're doing. You need a clear, consistent strategy that involves economics, politics and the military. Our President has been cutting the military with his budget. The fact that he declares war isn't going to help us if he is gutting the military.

STEVE FORBES: The fact of the matter is the government is way over bloated today. You even see it in the defense department. As they are cutting back 1-1 personnel they are increasing 1-1 bureaucratic personnel.

RICK UNGAR: I think we are all coming to the point in time where Democrats/Republicans we all have a problem with public unions. The problem is if you are someone who is a unionist, as I tend to be- you realize the private unions have all but vanished. I want the private unions back and I'll do without the public unions because then we can start solving income inequality.

JOHN TAMNY: The original idea of the federal government was that it was going to do very few things very well. Now it does very many things, very badly. It's not just about spending cuts it's got to be about abolishing programs and departments altogether. Spending cuts just grow back.

BILL BALDWIN: It's not the unions that bother me it's the government and its size that bothers me. What if we eliminate the department of education and energy and repeal Dodd-Frank so we are no longer parasitized by regulators and compliance officers.

STEVE FORBES: That would be a good start and getting rid of the income tax code. Half the lobbying in Washington revolves around it, which leads to more government programs higher tax codes and more complexity. We talked about getting rid of the department of education and what happened- it gets bigger.

STEVE FORBES: It's not time to clip their wings, it's time to shoot the whole bird and replace it with a flat tax. They are engaging in criminal activity. They seize your assets and then they negotiate when they don't have a case to make on getting your assets back. Knowing that small businesses don't have the resources to fight them. This is illegal seizure and criminal activity.

BILL BALDWIN: The IRS needs snatching power, cash snatching power in order to deal with deadbeats. I would control it by saying if they take too much than they have to give back double the difference and then they won't terrorize small business owners.

ELIZABETH MACDONALD: It's unfair and wrong.

RICH KARLGAARD: Sadly, I agree with Bill. The IRS needs this power; there just should be a higher barrier of probable cause.

SABRINA SCHAEFFER: The problem is that it's much more pervasive. Over the course of 7 years the IRS has sized more than 240 million dollars. People need to realize how pervasive the problem is.