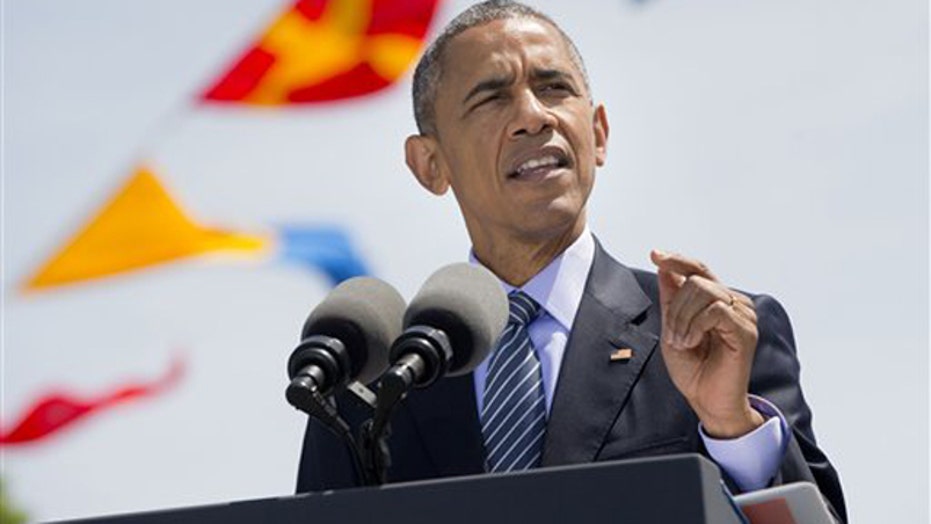 Rich Karlgaard: I just don’t get how the President can use the words serious threat and immediate risk to describe climate change and then leave us all hanging wondering what he meant. Meanwhile, ISIS controls 50 percent or Syria, 2 people in LA tried to join ISIS this week, 10 in Canada.. that is a far more pressing threat.

Bruce Japsen: He probably should have explained it a little more. If we are having floods and tornados and climate change is here- an immediate threat- if we are directing National Guard troops to fill sand bags on the river banks, there is a problem. It may not be bigger than terrorism but it needs to be addressed.

Sabrina Schaeffer: This is so confused. Charles Krauthammer put it best, “The scariest part of what we are facing is that we have a president who sees climate change as a bigger threat than radical Islam” The fact that he used the US Coast Guard’s commencement to push his agenda is so un-presidential. He in affect said to them- if you don’t support my agenda on climate change than you are somehow serving dishonorably.

Mike Ozanian: This country has been kept safe by the armed services despite the fact that we’ve had climate change. The scariest thing to me is that I really think President Obama believes what he says.

Bill Baldwin: I think that carbon restrictions will lead to trade wars and uglier confrontations. These things can blow up.

John Tamny: I think they are both equally threatening. In one case we have weather fanatics who want to reshape the economy and on the other we have the most powerful military and nation letting its foreign policy be dictated by low-grade thugs. We need to calm down.

Sabrina Schaeffer: This cost the American economy $264 billion a year- $850 per person. Businesses want to create jobs and opportunity, lawsuits like this are hurting all of us.

Bruce Japsen: In her case, she is already being embarrassed. There is such a backlog of cases, what some people do is go to outside mediators like a retired judge.

John Tamny: Capitol goes where it is treated well. States should be laboratories how we reform this. I think this is a great place to start and it should go national.

Bill Baldwin: Loser pays has a danger. Suddenly it balloons and pretty soon we’re all the way at 100 grand.

Carrie Sheffield: I think this case should be dismissed on merits. Right after this happened; she was climbing a step ladder to decorate a Christmas tree. She was wearing high heels. You don’t mix those two. Al Sharpton has not defended his daughter here. It got me thinking about his tax bill, maybe if he paid his 4.5 million in taxes it would go to these frivolous lawsuits.

Rich Karlgaard: It’s like a lottery ticket, this is why you need loser pays. Most people are just seeking settlement. That’s where businesses get hurt; they settle ridiculous suits they know they can win because on the off chance they draw a bad jury then they have to pay an outrageous settlement.

Sabrina Schaeffer: There is a lot of room for tort reform, including loser pay legislation. But this also goes to your point that we are living in this culture of narcissism that there is a sense of entitlement that everyone has something coming to them. I hope this leads to a cultural shift as well.

REPORT: GOV. WALKER SAYS LACK OF COLLEGE DEGREE COULD BE AN ASSET IF HE RUNS FOR WHITE HOUSE

Rich Karlgaard: It gives Gov. Walker a populist appeal but look the data argues convincingly the other way, the biggest thing that separates someone’s lifetime earnings capacity is if they have a degree.

John Tamny: All a college degree proves is that you can get out of bed each day and attend class. It doesn’t have any real world significance. I feel like he is appealing to the averageness among Americans. He didn’t drop out of school and started a software company, he is a politician.

Bruce Japsen: Bill Gates and Oprah would never say to young people it’s okay to drop out of college.

Mike Ozanian: Everyone is different. Some people are cut out for college, some people aren’t. Then there are people like me who went that shouldn’t have.