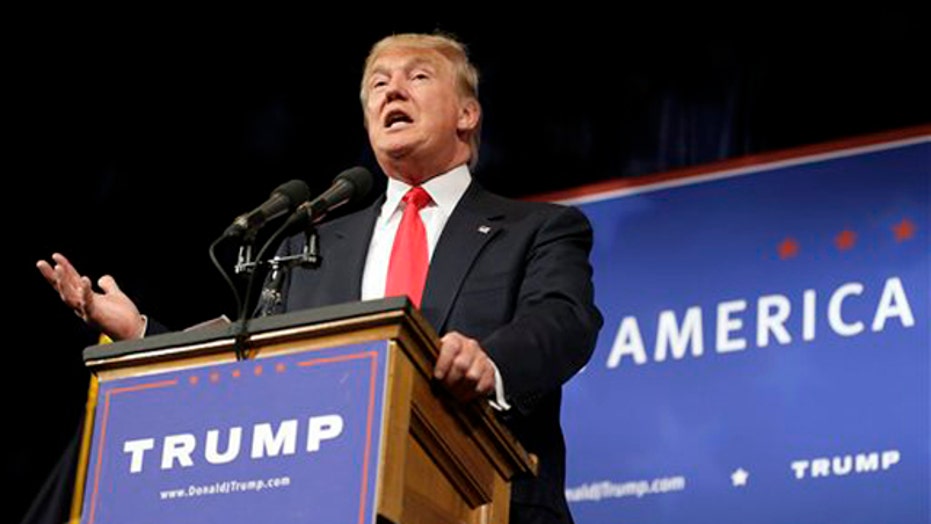 Does America need to hear Donald Trump's message on wealth?

Trump: I'm Really Rich, That's the Kind of Mindset You Need for This Country

Gary Kaltbaum: I think the message is about greatness not just the amount of money. The message in this country in recent years is about limitation, not potential, it's about welfare and not workfare. And all this talk about if you're poor and middle class it's because others are rich and keeping you down. I love the message and hope he keeps talking about it.

Dagen McDowell: This is a message that's sorely missing from politicians these days. The American dream of working hard and building something and becoming successful and if you get rich in the meantime while you're doing that, that is great. You are welcome to brag about it. I know trump is the poster poi of pomposity, but he's still…

Charles Gasparino: I really like Donald personally, known him for a long time, covered him far long time. There were many more messages in that speech. The aspirational part of it was the best, where he soared; where he totally lost it was on the talking act Mexican migrants to who come to this country. He wants to put up a wall. He says Mexico is going to pay for it.

Ben Stein: I don't think that Mr. Trump is rich has anything to do with whatsoever that he would have been a good president. Fine if he wants to brag about it. To me it is like chuckles the clown bragging about being funny. I did a lot of writing for your sister baron's, and I’d like to find out how Mr. Trump got to be so rich. Some is not so pretty.

Adam Lashinsky: I'm skeptical he's as rich as he said he is. I want a look at the tax returns. The problem with Mitt Romney wasn't so much he was rich, that's fine, the problem is the policies he embraced would have helped the rich and not so much anybody else. I think that's where the difference is.

Ben Stein: Paul Volker is a national treasure, a genuine hero, an amazingly intelligent man of great integrity. We disregard anything he says at our peril. We should listen to him -- he's been right over and over and over again.

Gary Kaltbaum: Neil, Greece is in their situation because a large portion of that government spending is for early retiring government workers, a large part of the workers as a whole. See Illinois, Massachusetts, all these other states. There is the problem. On top of fictional accounting they use 8 percent returns on money when they're not even getting it. It's an accident waiting to happen. I don't know what year but look out below.

Dagen McDowell: Everything Ben said about Paul Volcker is absolutely right. This should not be a surprise to Chris Christie. His own revenue projections were off every single year.

Julie Roginsky: Talking about all the states that have financial problems. Where are all the bum who is elect these people who run these states? We're the very bums buying the municipal bonds, funding these bad habits. Be careful what you wish for. Look at Jerry Brown. He's righted that state's finances. He created new income tax brackets, although temporary, ha-ha, for the wealthy, and raised the sales tax.

Charlie Gasparino: I have great respect for Paul Volcker but he's a liberal and what he refuses to acknowledge is liberal policies in these states of high taxes.

Charlie Gasparino: The government -- you know, government is so politically correct, they probably think this has some impact on helping the sick people work harder and better and obviously they did this in the TSA to talk about low morale at the TSA all the time. Here's your morale boost. You're going to get fired unless you do your job better. There's your morale boost. This is ridiculous.

Julie Roginsky: There are other ways to do it. She wants a set of candles. I want something stronger.

Gary Kaltbaum: Neil, there is not one shred of accountability. There is absolutely no profit motive when it comes to government. When no one is looking over your shoulder, you can do whatever you want and sign up for anything. I'm surprised they do not have foot massages and grey goose on the table.