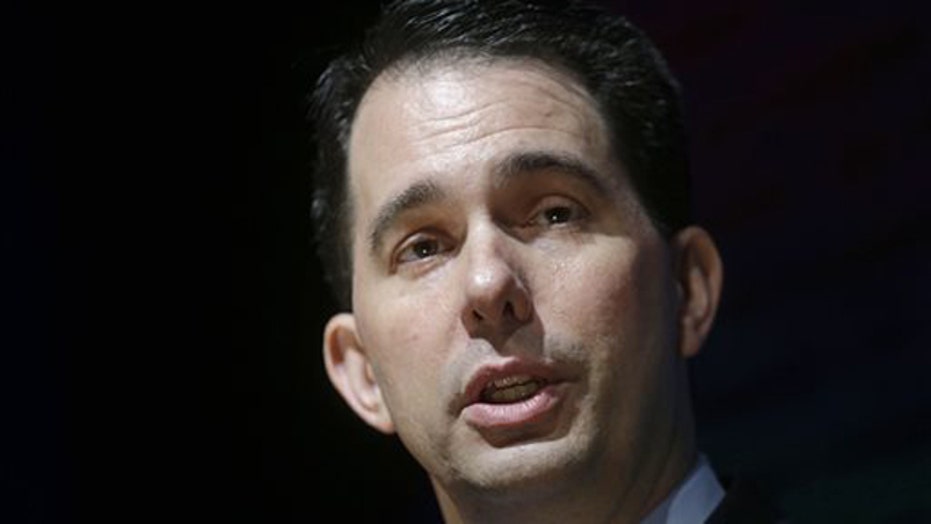 Do you need a college degree to be president?

Ben Stein: It's just nonsense. I mean, today's colleges teach you things like sexual ethics among New York rich people. It's not -- it's just nonsense. He has learned so much. He's learned to be courageous, brave, taking on the unions, taking on haters. Taking on people who want to have the status quo. Or be bankrupt in the state of Wisconsin. He is an amazingly brave man with great leadership qualities and i love him a lot. The fact he doesn't have 33 credits to finish his degree doesn't mean a damn thing to me.

Charles Payne: Absolutely not. By the way, I think the idea in this country should be we should embrace knowledge, which is different than going to school.

Charlie Gasparino: It's one thing if he were anti-intellectual. I think this is a smart guy. He reads a lot. He's a very good governor. I would say this, I know I’m a little older than Adam so maybe he doesn't remember this. When I worked in journalism, one of my top -- one of my best bosses, best reporters, didn't finish college. His name was bob green. He won two Pulitzers. No one was better than him.

Adam Lashinksy: In my world, Silicon Valley, some of the most prominent people didn't graduate from college. I totally agree we shame people into going to college. Not everyone should go to college. That said in our leaders, they ought to have a good reason. I mean, Zuckerberg had a good reason. He went to start Facebook. I don't want to fall into the trap of saying getting a college degree is a bad thing.

Charles Payne: It's absolutely ridiculous but it always gets back ton that somehow the people that set the fires aren't accountable. It's everyone else's fault and everyone else should pay for it. Listen, you tear up your neighborhood, you pay the consequences.

Adam Lashinksy: I don't think FEMA is the appropriate agency. It's fairly clear what FEMA is supposed to do. I do think it's OK for us to help out the good people of Baltimore. We shouldn't just let them rot in it. It doesn't matter who's at fault.

Charlie Gasparino: I hate to say it, give her the money.

Dagen McDowell: I don't have a problem with them giving Baltimore federal funds because I see it as helping the people who were hurt by those who were protesting and rioting. Not bailing out the people who caused it. I think Baltimore -- the alternative for Baltimore is get no money and be a wasteland that becomes worse.

Ben Stein: I think this is a disaster that was man made, whipped up by the race baiters like Al Sharpton. I think he should pay for it and add that to his IRS bill. The mainstream media which told the rioters they were justified. Let them all pay for it. I don't think the taxpayers should pay.

Dagen McDowell: Stick it to them. Stick, stick, stick. Poke, poke, poke. If you are answering emails and phone call for 20 minutes outside of work, that is one thing, but in a lot of cases this is overtime. Flying is such a nightmare these days. Either time i get off an aircraft, I want to steal something. I've already got like eight of those seat cushions that are also an alternative flotation device at home.

Charles Payne : I'm all for the airlines on this one. I think they're being attacked. They give you basically good service. And then they step over the line.

Ben Stein: I think the behavior of the airline executives and management towards the passengers is so disgraceful, so shameful, that i would pay for prison terms for -- I mean, I almost always get to fly first class, thank you, nice people who invite me to speak, but it's still torture. It's absolutely Orwellian torture.